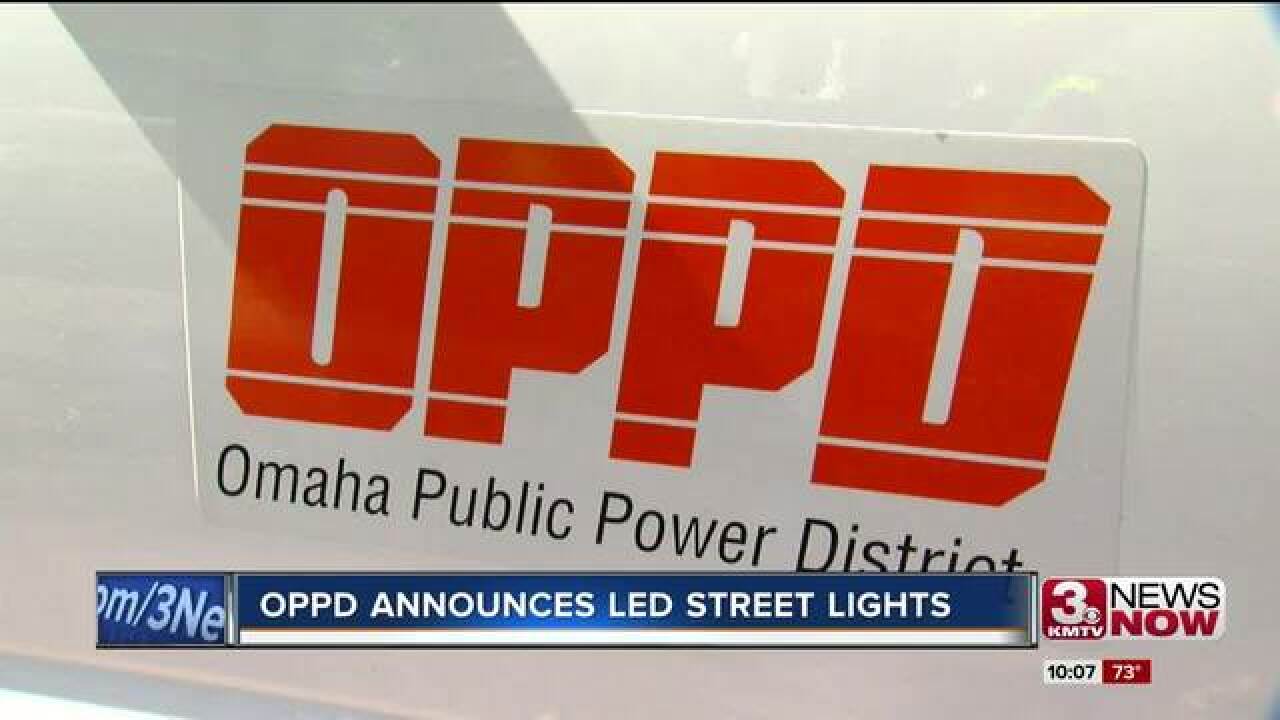 OPPD is going to be saving cash when it comes to lighting the Omaha metro. The utility is converting its service area's outdated streetlights to LED bulbs, which could soon affect your energy bill.

For six years, Bellevue city councilman Don Preister has been trying to turn the city on to saving money. Bellevue currently pays about a $1 million a year just for streetlights, so the city is looking to save money by throwing out sodium-vapor lights for LED lamps.

"If we can convert that, use half the electricity, then I would like to see as much as a half-million dollars a year saved," Preister said. "But I'm pretty confident that we can at least do at least 300 thousand a year in savings."

The savings don't stop there. LEDs are more energy efficient--meaning less maintenance for OPPD, which services over 100,000 street lamps.

"We'll also save the cost for the labor to change those bulbs because these sodium-vapor lights may last four years, five years, six years," Preister said. "But the LED lights can last 20 or more years. So you've got way less maintenance for OPPD to transfer and change out these lights. So there's labor-saving costs for OPPD, which is affecting people's electric bills too."

In Old Towne Bellevue, that's good news for business owner Randy Daniels. The Record Benders business-owner has been in the area for more than 20 years. While some of his expenses are on the rise, there's less to worry about with the cost of energy.

"If it saves money, you know our trash collection has changed, so you know it's a good idea to save money on lights," Daniels said. "So good job city."

Preister says any sodium-vapor lights that burn out will be replaced by the LED lamps right away. OPPD will convert to the new lights across its service area, which could take up to five years.