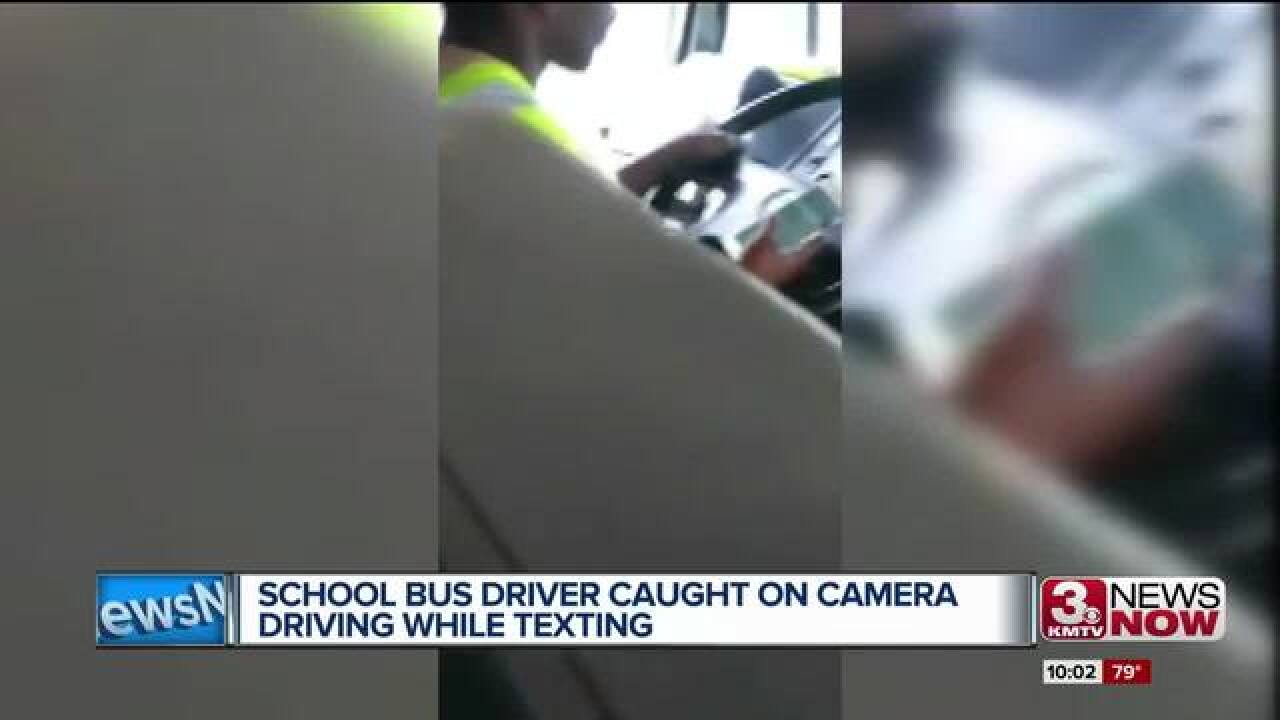 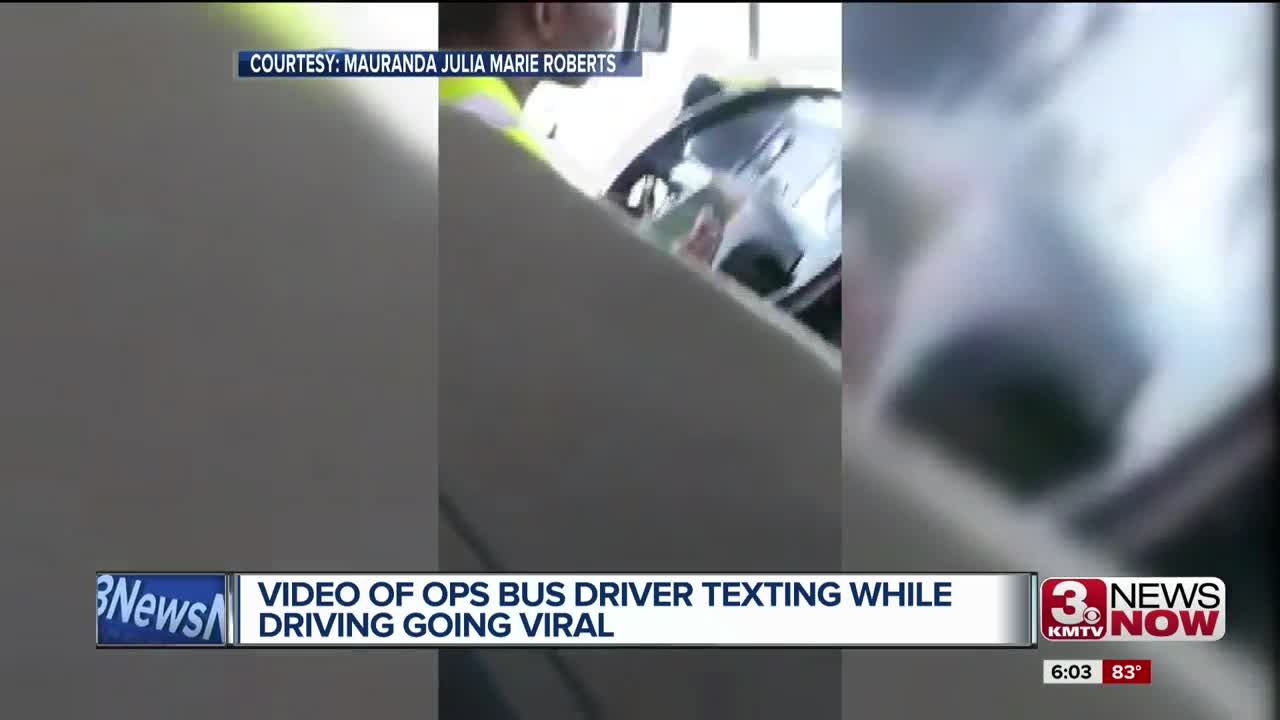 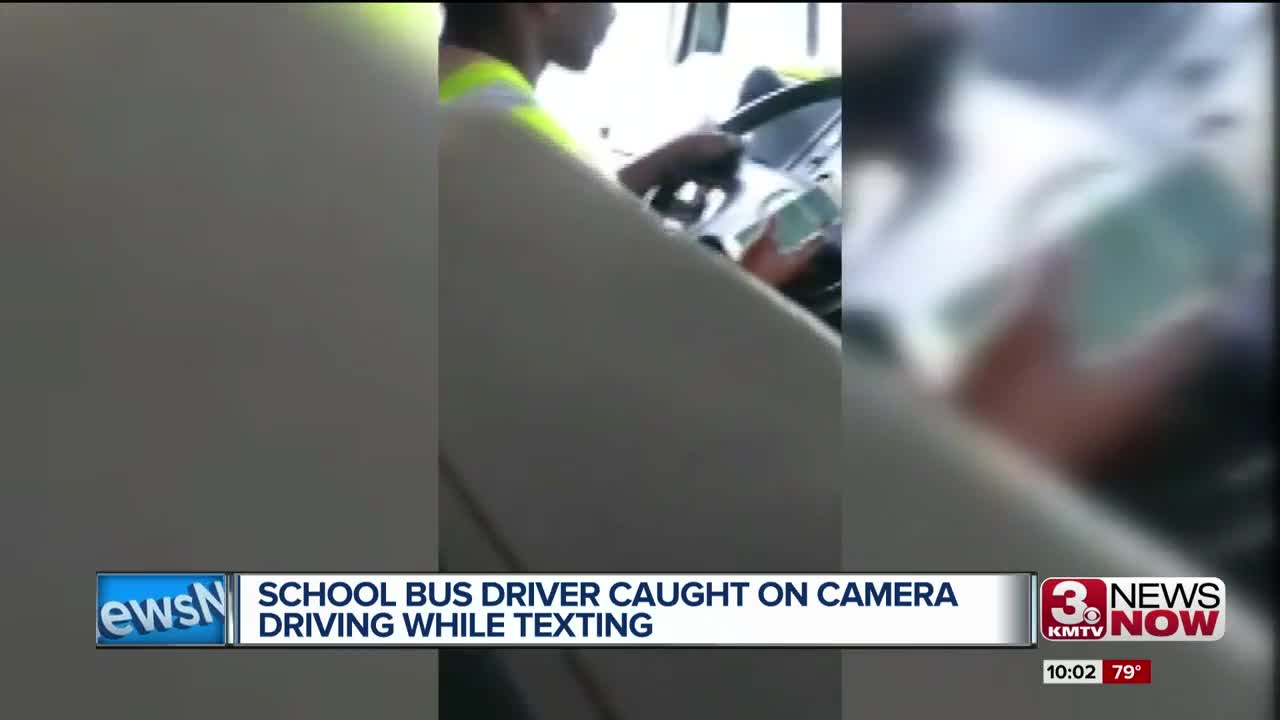 A Student Transportation of America bus driver who drove in the Omaha Public Schools district was fired Tuesday after a video surfaced on Facebook of him texting and driving.

According to STA policy, cell phone use is prohibited at all times when the driver is sitting in the driver's seat or when there are loading and unloading from the bus.

“We were made aware of the incident this morning. We take the safety of our students very seriously. STA has taken immediate action to ensure this bus driver will no longer drive for Omaha Public Schools or the company," an OPS spokeswoman said in a statement.

The student who filmed the driver is an eighth grader at Norris Middle School. She said she started filming the driver Monday evening after the driver allegedly almost ran over a pedestrian during a turn with a busload of kids.

The student told 3 News Now she had complained to her mom about the driver throughout the year.

Maureen Roberts, the girl's mother was furious after she saw the cell phone video her daughter recorded and uploaded to Facebook.

"It wasn't just a quick glance and put it down or anything. You could actually see where he was holding the cell phone and turning the steering wheel of the bus," said Roberts.

Roberts said she's complained about that particular bus driver since the beginning of the school year and mentioned her concerns to STA, OPS and administrators at the middle school. She said she even confronted the driver in the fall but says he ignored her.

"He was driving and letting kids off in the middle of the block and then it progressively - then he started texting a few times and nothing was getting done so I told my daughter, next time get him on video and put it on Facebook," added Roberts.

Roberts said she feels better knowing "the safety of children is a priority" and that the driver won't be driving her daughter anymore.