ORBT buses unveiled; Project to be completed by fall 2020

ORBT is the new bus service by Metro Transit 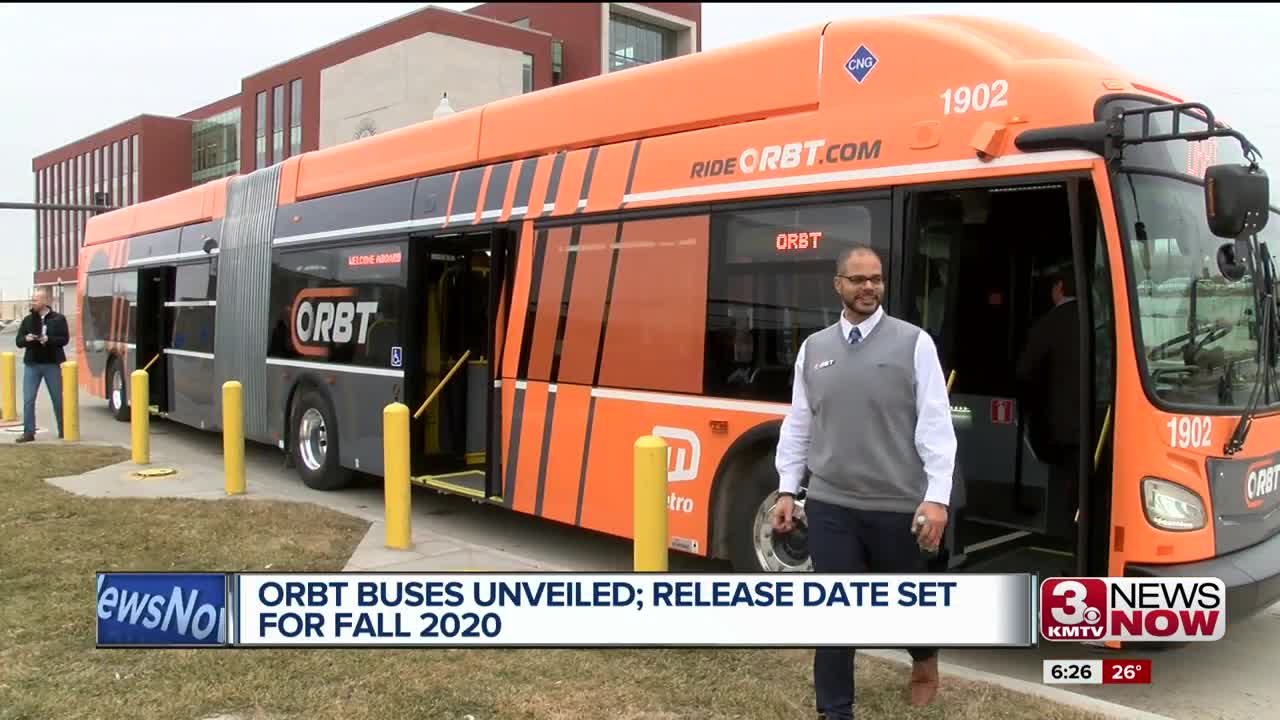 When the project was initially announced in 2017, the hope was that the buses and bus stops would be ready by fall of 2018. However, Metro Transit executive director Curt Simon says delays just continued adding up.

"Construction season has been a problem. Initially getting bids for construction for people to do it was a problem which was compounded by the flood. As you know the contractors were busy doing emergency work," he said.

Construction for the platforms also created some temporary road closures and in turn, traffic along Douglas and Dodge streets. Some platforms are completed, some are in the works and other haven't been built yet. Completion day for all platforms sits at fall of 2020.

The new buses will include three-door boarding, WiFi, on-board bike racks and nearly double the seating of a typical Metro bus.

"I'm kind of hoping that it's going to be faster and a little bit more reliable too," he said.

The ORBT buses will work in conjunction with the current Metro buses, some Metro bus routes have been modified to facilitate better connections.