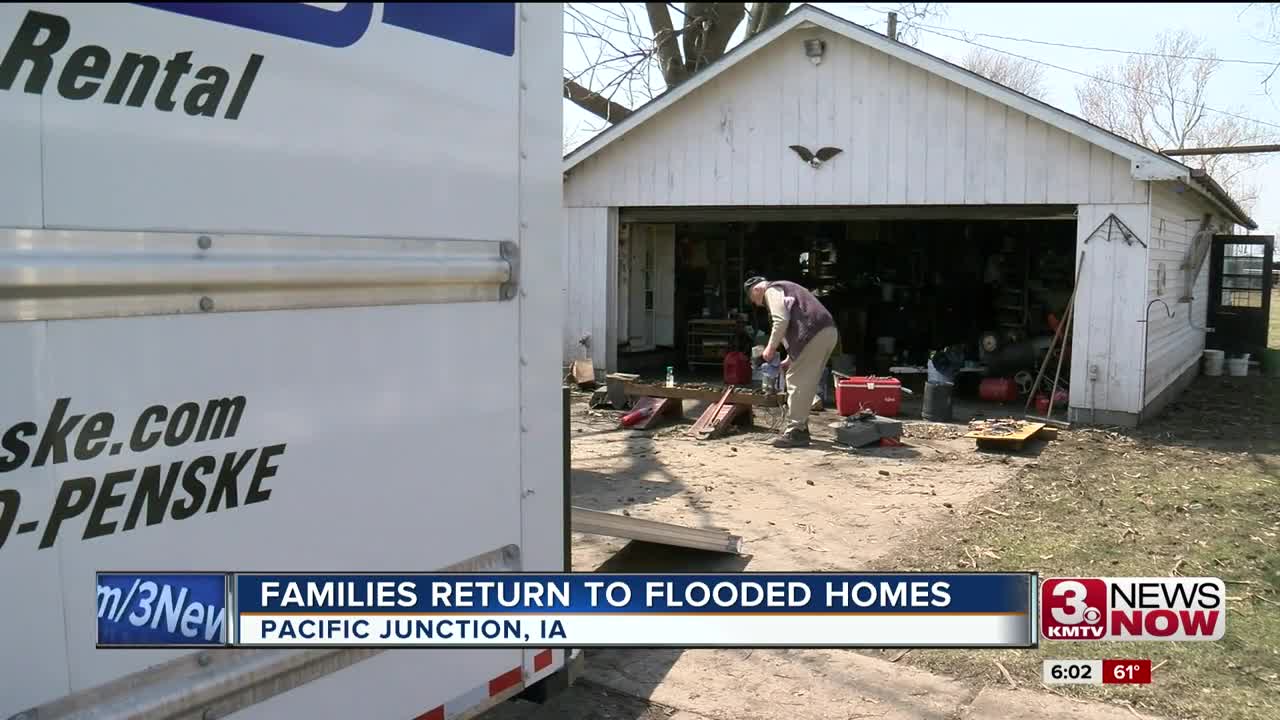 PACIFIC JUNCTION, Iowa (KMTV) — As Nebraska is looking to rebuild from the recent floods, those across the river in Western Iowa are still seeing its effects first hand.

Stanley Bomer had flood water throughout his entire home. On Monday he found out his house isn't safe to live in. Bomer stayed in the house throughout the flooding before being rescued by boat last Monday. His family lives in Missouri and said they were helpless listening about the flooding from far away.

"I think the thing that got me the worst was when dad said the wall collapsed and he said he wasn't leaving," said DeAnn Beuchner, his daughter. "I was far away and couldn't do anything. That was a sleepless night and he got rescued in a boat. It was such a relief. Anything here doesn't matter dad is alive."

Bomer is thinking of bulldozing his house. His family says this is by far the worst flood damage they've seen in the 55 years they've lived there.

Watch Phil Bergman's full story in the above video.