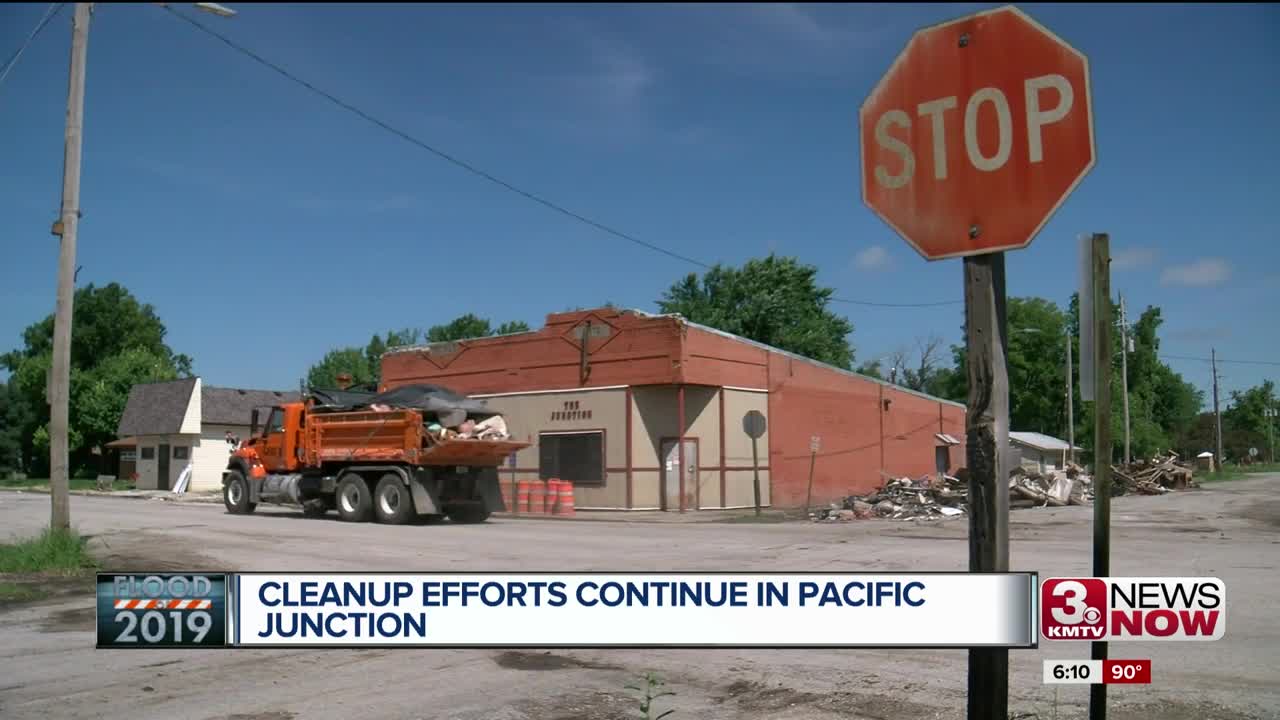 Residents left items they wanted cleaned up outside their homes 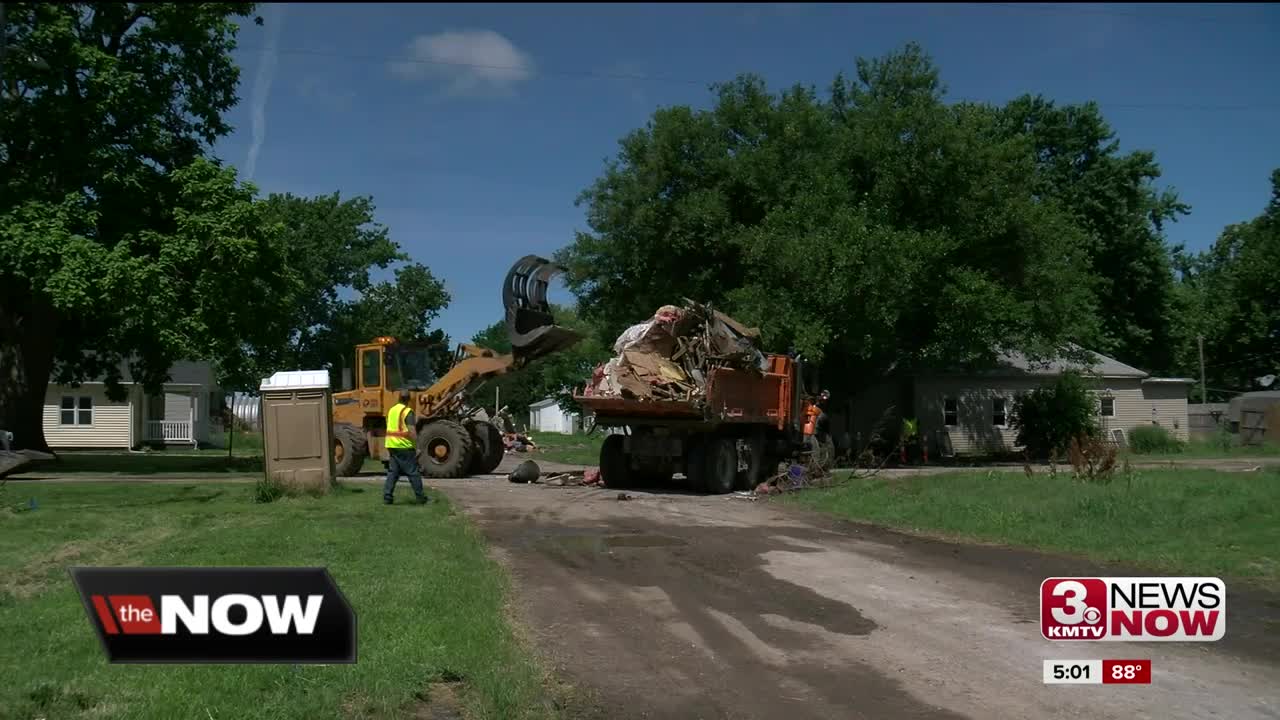 PACIFIC JUNCTION, Iowa (KMTV) — It's been three and a half months since the flooding affected Southwest Iowa.

Communities across Mills County are continuing with the cleanup process.

Pacific Junction is in the second round of its cleanup. Ten trucks picked up damaged items from houses across the Mills County community Tuesday afternoon. Crew members told 3 News Now more than 100 truck loads were expected to be picked up during this phase. 812 truckloads of damages items were picked up during the first round of cleanup.

"It's going good," said Pacific Junction Mayor Andy Young. "They're making their second go-around, the Iowa DOT is. This will be their last go-around. Hopefully people have everything in the streets they want hauled away."

"This is home," said Cindi Babb, a Pacific Junction resident and community firefighter. "We've been here for a long time and ready to get back."

The cleanup crews said the pickups should be completed during the next few days. The resident have until Thursday to take items from their houses and put it on the streets. Some believe that is not enough time.

"We have some elderly who can't get down here and do it and we can't get in there and help them with it," Babb said. "They told us on our Facebook page that we have to ask our case managers for help after that."

"When you see your house under nine feet of water you don't even think that anything is salvageable," Young said. "Once people start getting things cleaned out and drying out it puts a different perspective on it."

Though some families are choosing to leave Pacific Junction, many are planning to rebuild once the cleanup is finished.