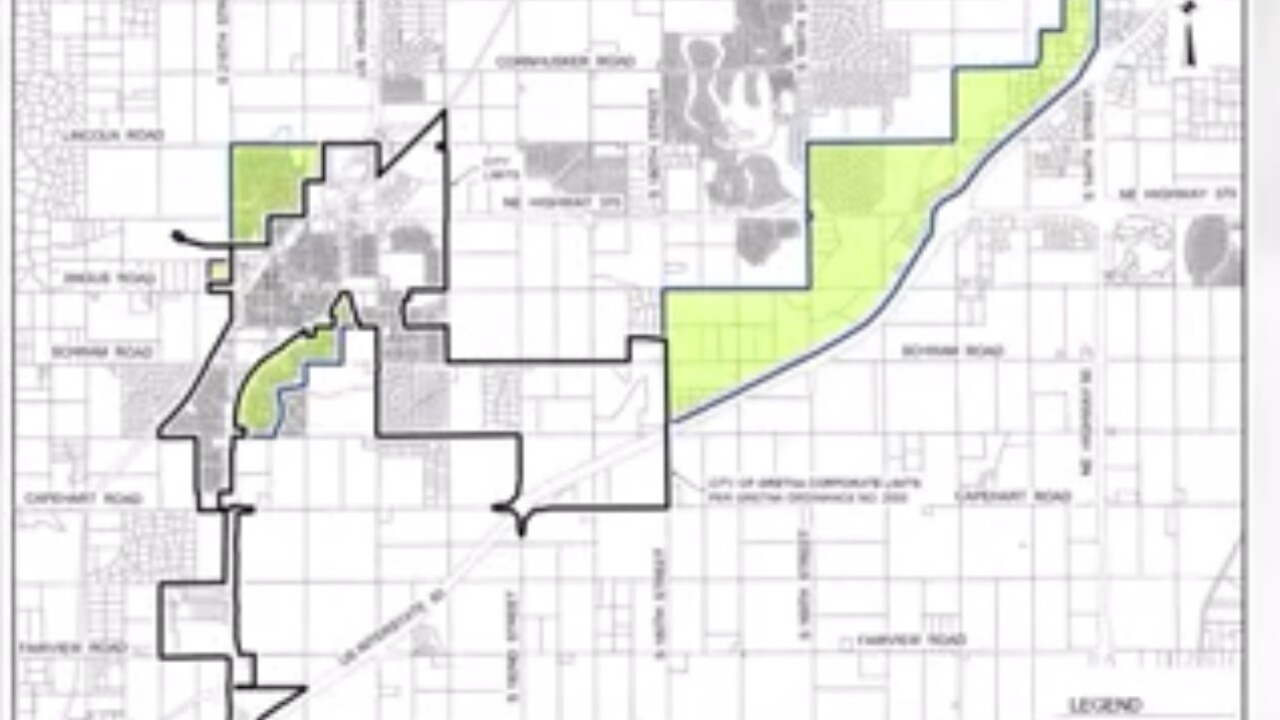 PAPILLION, Neb. (KMTV) — The battle over who controls land near Interstate 80 in Sarpy County appears to be over. Papillion city council approved an agreement defining boundaries with Gretna by a 5-3 vote, according to the Omaha World-Herald.

The agreement is over access to a future Interstate 80 interchange in the area of 192nd. It's expected to generate economic growth. Under the agreement, Gretna would control land to the west of the interchange and Papillion the area to the east.

Just two weeks ago, Gretna city council approved its plan.
Papillion and Gretna have fought for control over the land near the interstate over the past few years.