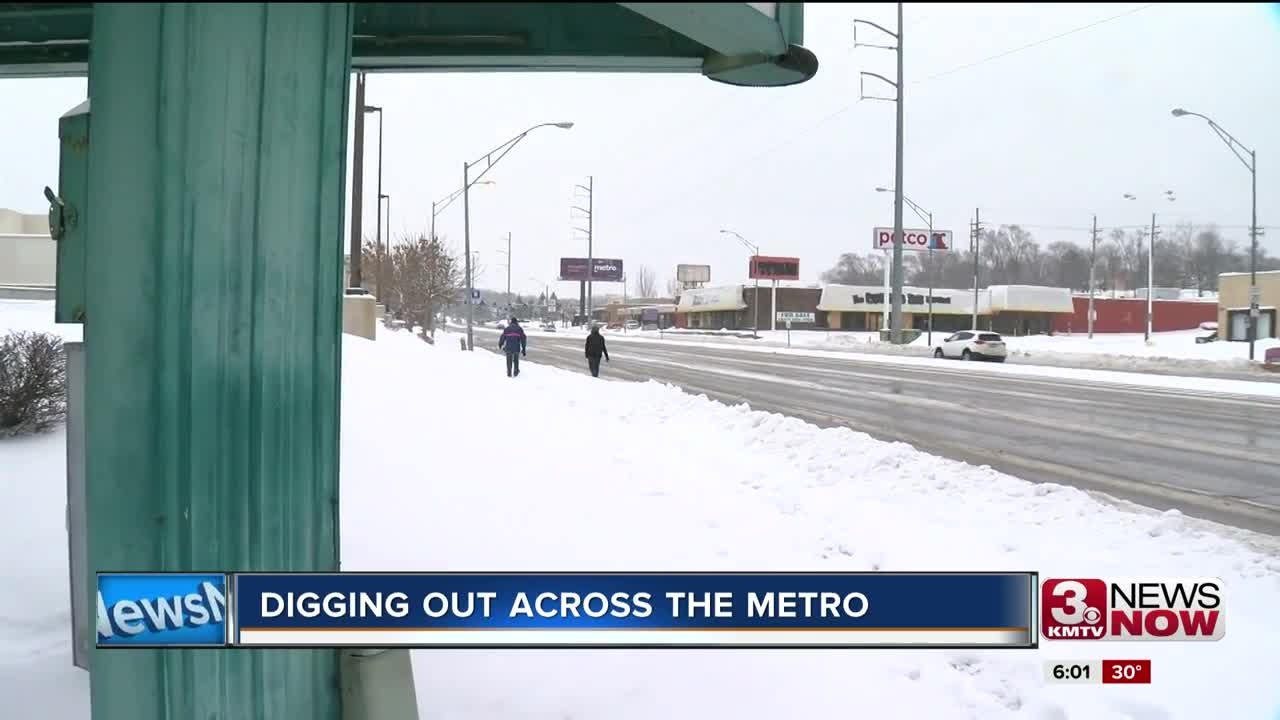 OMAHA, Neb. (KMTV) — 12-year-old Tommy Brousek isn't spending his day off of school he’s outside shoveling for his older neighbors on his Ralston Street...for the second time in a week...

"Yeah there's no room for it so you gotta make room,” he says.

Tommy's got two more to go...before he can take a break and go sledding.

"I mean the ends of the driveways are pretty bad but the sidewalks are pretty good and it's pretty deep from last time, it's like last time's snow...pretty deep," he says.

Across the Metro...people were digging out of another large snowfall.

The snow gives employees at Honeyman Rental a reason to bust out the heavy machinery and pile it high in the parking lot.

But some say other businesses aren't doing their part.

Along Dodge and 72nd streets...sidewalks aren't cleared off around bus stops and benches, some so bad people are having to walk on the side of busy streets.

People say they've had to complain multiple times to get some sidewalks cleared...and it can take 3-to-4 days after the snow ends.