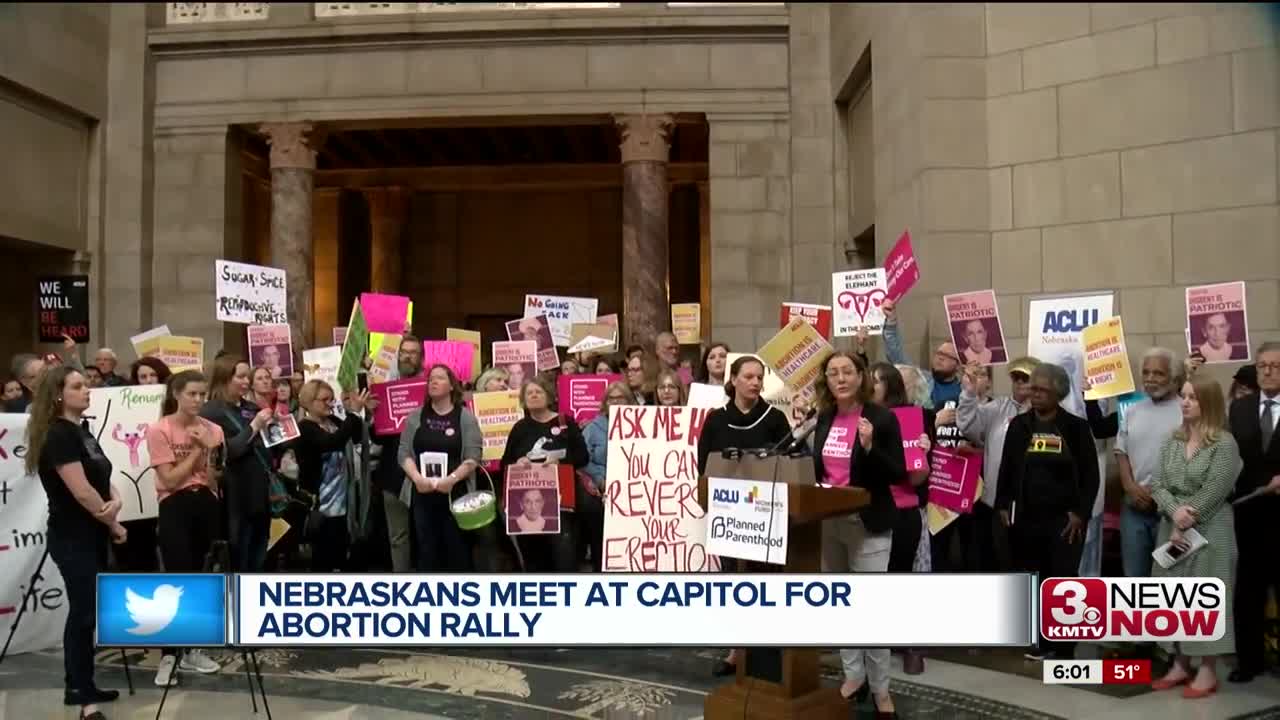 OMAHA, Neb. (KMTV) — It's no secret that new abortion laws have divided the country...and now Nebraskans.

"It is an injustice that women have to put up with and I'm tired of it," says one Lincoln pro-choice rally goer.

Today, hundreds protested abortion laws that passed in other states.

"I think it's scary...realistically the people that are affected most are people of color like myself...and other people who don't have access to funds and the means to ultimately make the choice...that's their choice," says another.

"I know that in this body, we don't have a big appetite for legislation that is pro-reproductive health," says Hunt.

LB503 would eliminate the requirement for a physician to be physically present in the room during an abortion.

"It just involves taking the abortion pill so it's just a couple of pills that you take and research has shown that women are able to take that at home. It's just as safe as if they took it in a clinic facility," says Hunt.

But Nebraska Governor Pete Ricketts says the state is a pro-life so he won't support the bill.

"We will continue to look for pro-life legislation to pass," says Ricketts.

The governor recently came out in support of what some call Alabama's near-total abortion ban and would support pro-life legislation in Nebraska like a fetal heartbeat law.

"Certainly I will work with the pro-life senators on bills they want to introduce. I think what's going on in some of the other states will probably get advanced farther in court and get some of these issues resolved," he says.

Regardless of where you stand on the issue, state leaders encourage people to speak up and talk to their senators...and vote when it's time.