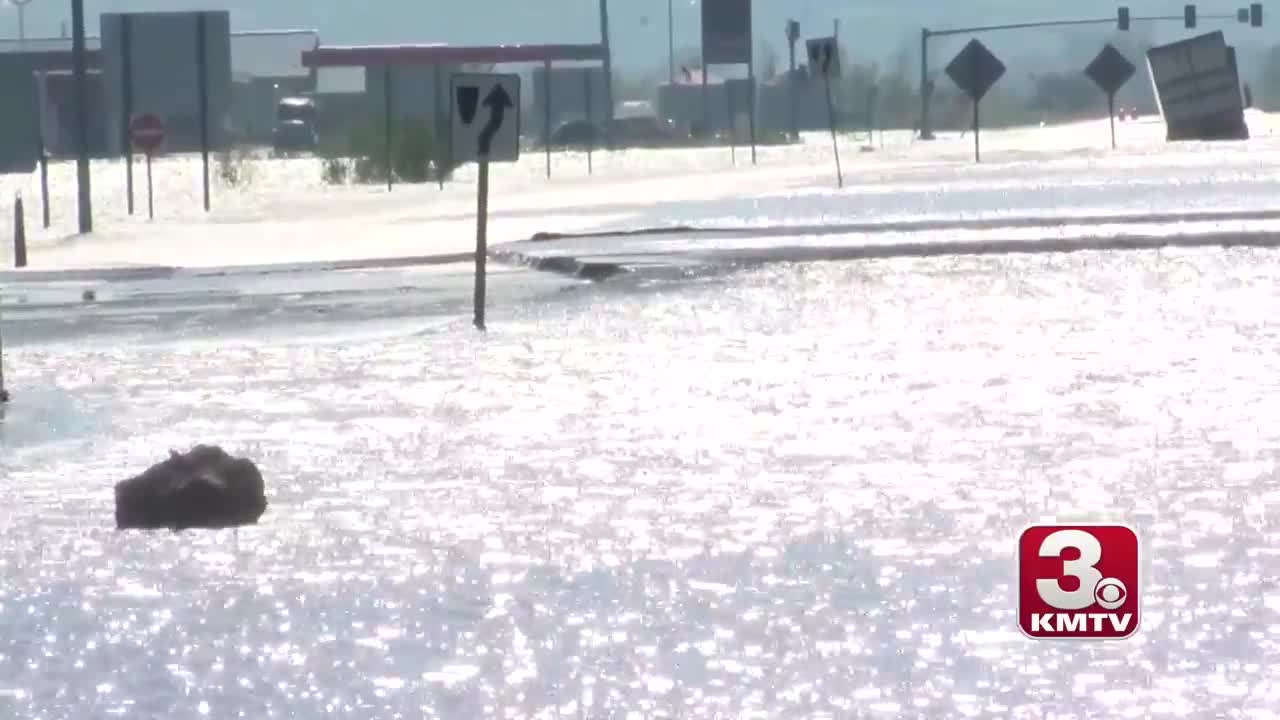 PERCIVAL, Iowa (KMTV) — It's been 82 days since the flooding in southwestern Iowa began and the community in Percival, Iowa is still looking for answers.

On Monday evening Iowa Governor Kim Reynolds toured a part of Percival with Fremont County officials and residents. The community says much of the town is still underwater.

"Percival is under water again, you can't get there," said Mike Crecilius, Fremont County Emergency Management Coordinator. "Just like roads right here are closed, the roads to Percival are closed. You have water running across."

"I still have my home, my family farm is displaced, my parents are displaced, my brother's home," said Dustin Sheldon, a Percival farmer. "It's a struggle."

The residents said that it was important for the governor to see the flood damage in person.

"This is worth a million pictures right here," Crecelius said. "You get more of an impact seeing it in person than in pictures."

As Gavins Point Dam continues to release at high levels the town worries the end isn't in sight.

"Gavins Point is at 75,000 cubic feet per second and will be all summer according to the conference call with the U.S. Army Corps of Engineers we had today," Crecelius said. "With that being said they're keeping it at 75,000 there's a chance that it will go up."

Crecelius and others in the county are saying the Burlington Northern Santa Fe (BNSF) Railway is to blame for the continued flooding.

"It's not going, they're not doing anything that they said and they're still plugging holes and part of this is from what the railraod did," Crecelius said.

The flooding is still affecting the roads. Many of the major highways and the interstate near Percival are currently underwater.

For now Fremont County is at a standstill, but they believe opening the governor's eyes to the problems is a step in the right direction.

"It's annoying but somebody's needs to do something," Crecelius said. "That's what my job is to help the people."

BNSF issued the following statement Tuesday:
"As the region recovers from flooding and we restore our railroad, we work to minimize our impact on the communities of Iowa. Based on our surveys, we believe the water surface elevation in Percival is not affected by the railroad which runs north-south in that area, but instead by a combination of factors, including the levee breaches, the east-west roadways, and obstructions downstream that prevent the water from draining further south. BNSF has added 30 culverts north of 200th Street in Percival, which are providing significantly more drainage than prior to the flooding. BNSF agreed to a previous plan suggested by the Iowa DOT to prevent water from crossing east of I-29 into Percival but it was rejected by local officials."