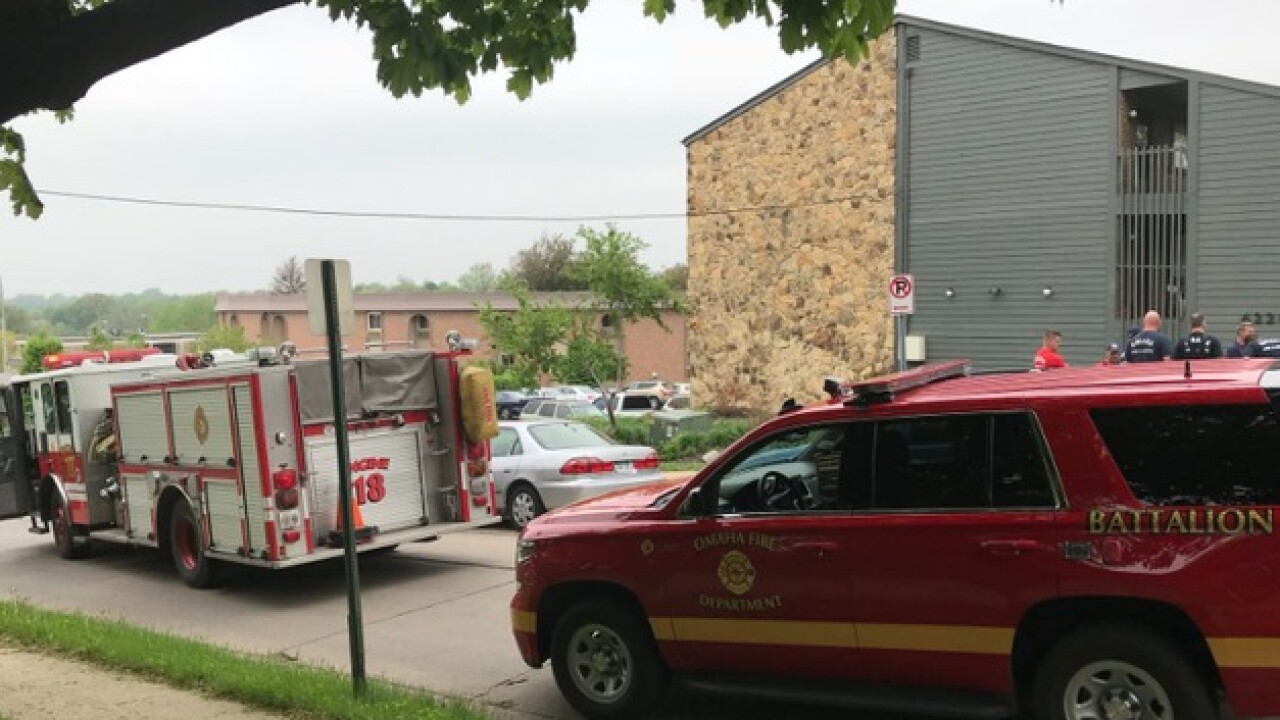 Update: Omaha Fire says say crews arrived to reports of a fire at an apartment complex near 42nd and Francis.

Investigators found evidence of a fire that was now out as well as a deceased victim on the couch.

Evidence shows the fire started on the couch and was caused by smoking materials. There were no signs of illegal activity.

The fire was extinguished quickly due to lack of oxygen and limited ventilation in the apartment.

According to OFD, the 70-year-old man "appeared to have been alerted of the fire, but due to the products of combustion, he was quickly overcome." A cat also died.

OFD interviewed neighbors who indicated the fire possibly occurred late Friday or early Saturday morning. There were reports of smoke smells but no 911 calls.

Original Story: One person is dead after reports of an apartment fire in a complex near 42nd and Francis.

The call for an apartment fire came in around 2:46 p.m.

OFD arrived to find one person dead at the scene.

This is what’s happening right now near 43 and Center.. I will get you all the details as soon as they become available! Stay with @3NewsNowOmaha pic.twitter.com/vQCYPLaSR0