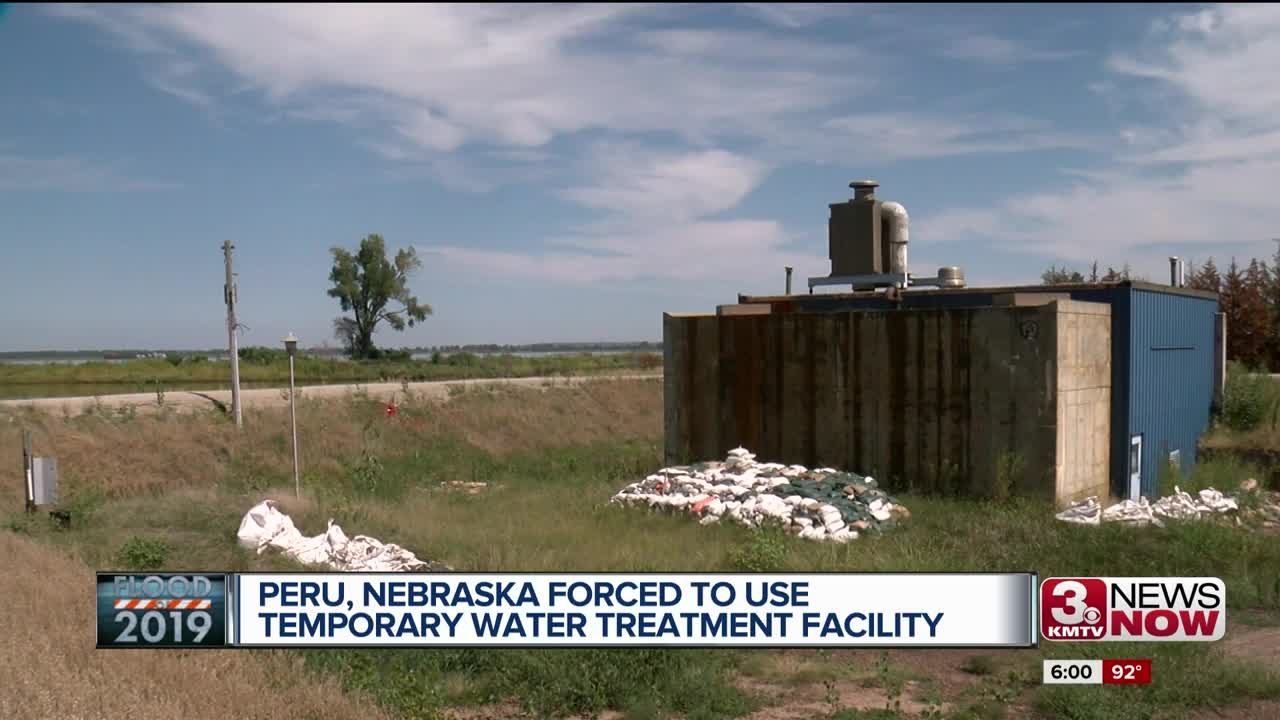 The original treatment facility was destroyed during March's flooding

The community of under 900 residents in Nemaha County has 8,000 acres of farmable land underwater.

The water treatment plant provided water for the whole town. Flooding in March destroyed the facility as water escaped past the sandbags and in to the treatment plant.

"It had 15 feet of water in it so everything electrical in there is ruined, it had to be replaced," said Mayor Reeves.

The city moved its water treatment to a temporary facility and Peru was on a boil advisory from May 16 until August 12 and was hauling in 8-14 semiloads a day from the nearby town of Auburn.

"We're surrounded by water here but you can't drink any of it," said State Senator Julie Slama.

The water advisory made its way to Peru State College where students were drinking from bottled water, eating off plates and using restricted shower time from May to mid-August.

"We asked them to think about ways to reduce their use of water and they cut their water use by almost a third," said Dr. Dan Hanson, President at Peru State College.

Community members donated more than 10,000 bottles of water this spring. While the advisory is done the school is still trying to limit water.

"It was a good thing for all of us to realize in general because like of how much we use and how much we wasted," said Julia Zurek, a senior at Peru State.

The temporary plant Peru is using can last three years. A new one isn't cheap to build, costing more than $3 million. Plans are underway to start budgeting and discussing a new water treatment facility, but there's still more work to be done in Peru.

"They're well on their way to a plan, they're working with FEMA officials and we may have the best water system we've ever had when this is all done," said Dr. Hanson.