Photo of man standing at the side of the road, in the rain, during funeral procession goes viral 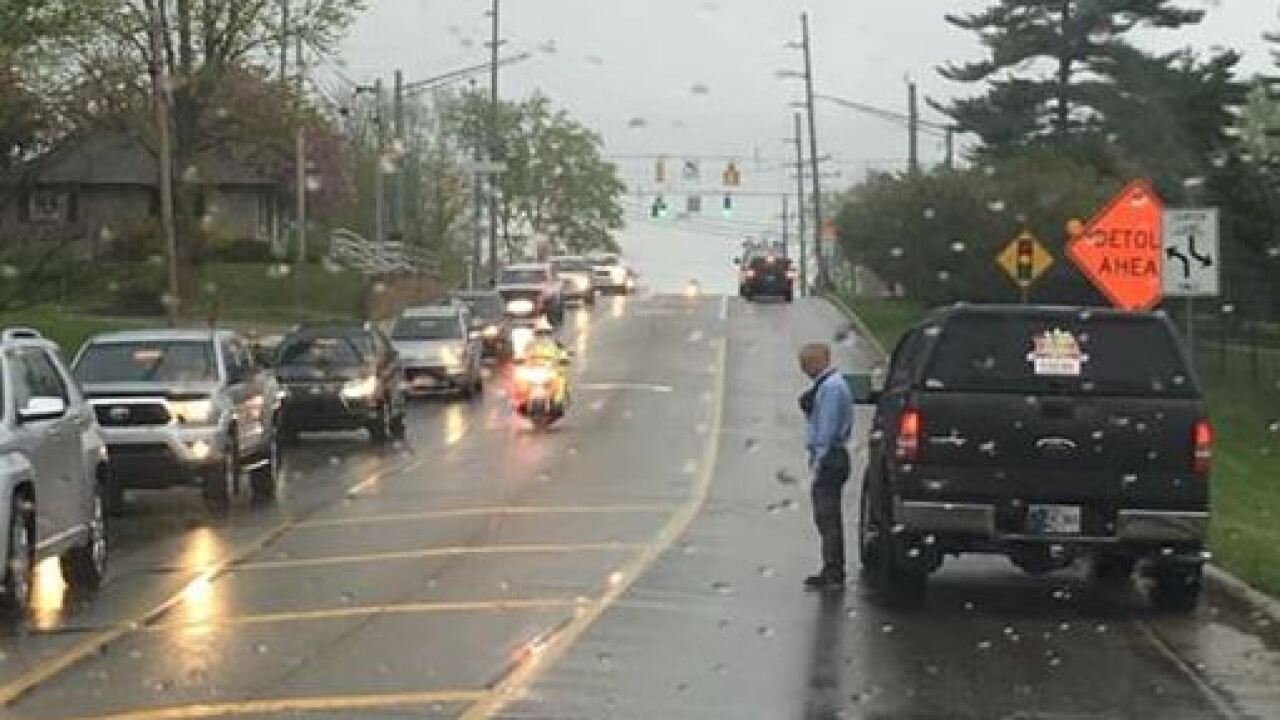 BLOOMINGTON — A Bloomington, Indiana, woman captured an image that has gotten quite the reaction online: A man who stopped his vehicle at the side of the road and got out, standing in the rain, while a funeral procession drove by.

"He is a wonderful exampe of how we need to act when a funeral procession comes thorugh while we are driving," Joy Wagler said of the man she captured in her photo. "Not only did he pull over and stop, but he got out of his truck, took off his hat and stood (in the rain) with his hat on his chest and head bowed."

Wagler said the image she captured "showed so much respect."

"This was a longer than the average funeral procession and he didn't move until it was over," Wagler posted in the description of the photo she shared. "It was a good reminder to me that we should never be so busy and so much in a hurry that we forget to show compassion and respect for our fellow men!"