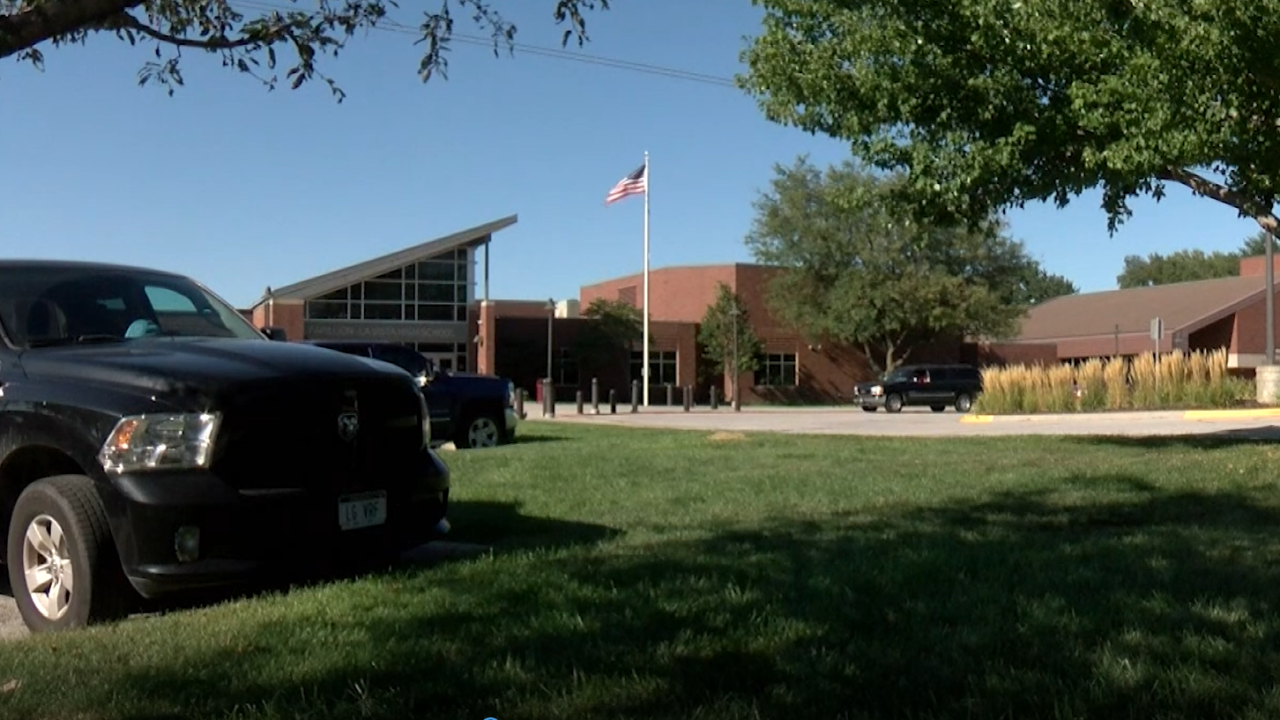 On Friday, October 16, 2020, at about 11:57 a.m., a School Resource Officer (SRO) Adam Boehmer with the Papillion Police Department was alerted to two unknown intruders, who were concealing their identities, and roaming the school. The SRO confronted the intruders, who refused to cooperate and resisted their detention. The female juvenile intruder was a 17 yrs. old PLVHS student, who had no reason to be on the school property at that time. When SRO Boehmer attempted to arrest the male suspect for Criminal Trespass, he resisted arrest, at which time the officer took the suspect to the floor. The suspect continued to resist being handcuffed by the officer. At one point, the female juvenile intruder kicked the SRO in the face in attempt to free her brother.

The male intruder was later identified as Keishawn Howard McCalister, 19 yrs. of LaVista. Keishawn McCalister is not a PLVHS student. Keishawn McCalister was arrested for Obstructing an Officer, Criminal Trespass 2nd Degree and Resist Arrest 1st Incident then transported to the Sarpy County Jail. The female juvenile intruder was detained and transported to the Sarpy County Juvenile Justice Center for Trespassing 2nd Degree, Assaulting a Law Enforcement Officer 3rd Degree and Possession of a Concealed Weapon (i.e. knife). The knife was never displayed by the juvenile.

SRO Boehmer was treated and released from a local hospital. This incident is still under investigation by the Papillion Police Department. The investigation is active and ongoing.

Anyone with information is encouraged to contact the Papillion Police Department at (402) 597-2035.

Parents of students at Papillion La Vista High School received an email Friday afternoon informing them of an incident in which the school's resource officer was injured. Below is the email with details of what happened.

We want to make you aware of the situation that happened at Papillion La Vista High School today around lunch. Two individuals, an adult and a student, were approached by the school resource officer. The individuals, neither of which had permission or a reason to be at school at that time, became aggressive with the officer. The adult was arrested and the juvenile was detained by police. NO weapons were involved. The school resource officer sustained injuries and is seeking treatment at a local hospital. We want to thank the quick response of the School Resource Officer, the PLHS Principals and staff, and the Papillion Police Department. Please let us know if you have any questions.