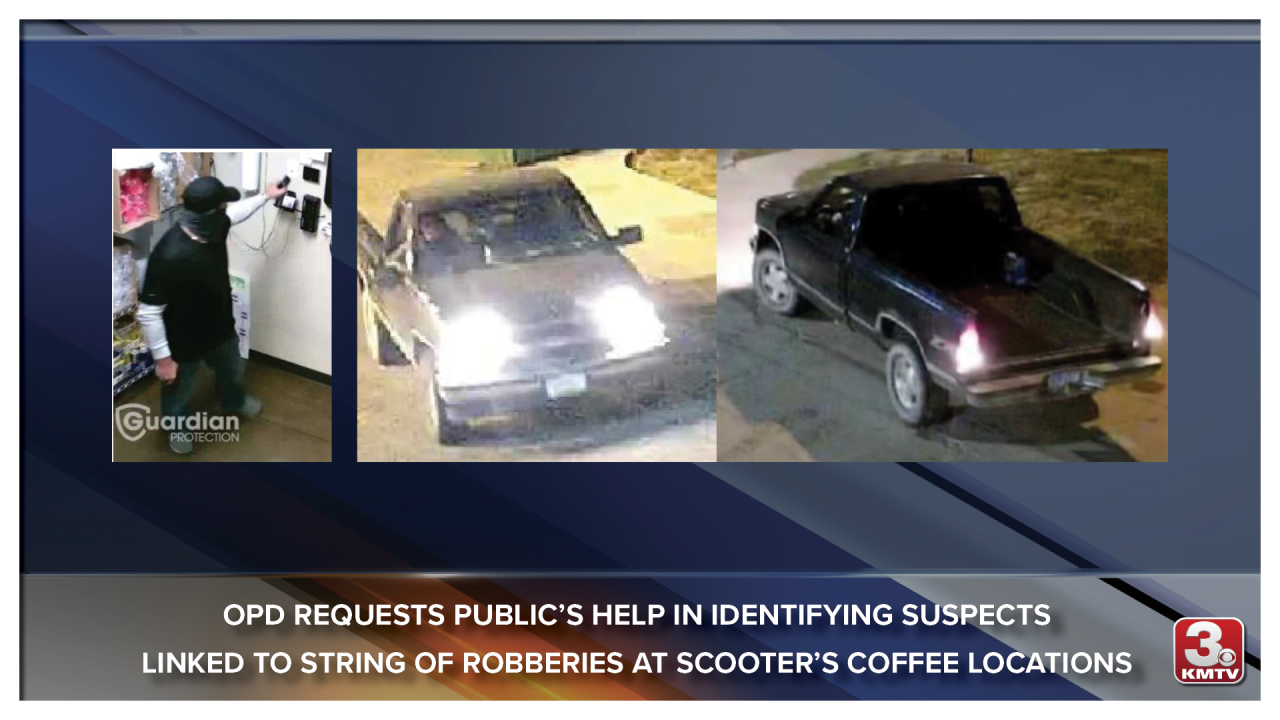 OMAHA, Neb. (KMTV) — The Omaha Police Department is requesting the public's help with any information on a recent string of armed robberies at several Scooter's Coffee locations.

The Scooter's located at 14501 West Center Road is the latest location to be robbed. According to police, around 6:18 a.m. Thursday, officers responded there, and learned from employees that the incident began when a black, four-door car went through the drive-thru.

Upon reaching the window, the suspect described by police as a white man, dressed in black with a face mask, allegedly climbed through the window, brandished a handgun and demanded money. After receiving an undetermined amount of cash and property he fled out the building to the south.

At least three other locations of the coffee chain have been robbed in the past month, and police say they believe they are related:

The suspect(s) are possibly driving a black, 90's model, Chevy pickup missing a tailgate, or a black Volkswagen Jetta. One suspect is described as a white man in his 30's who stands 5'9" to 6'1" and weighs 190-200 pounds. He may have a cross tattoo on the webbing between his right thumb and index finger.