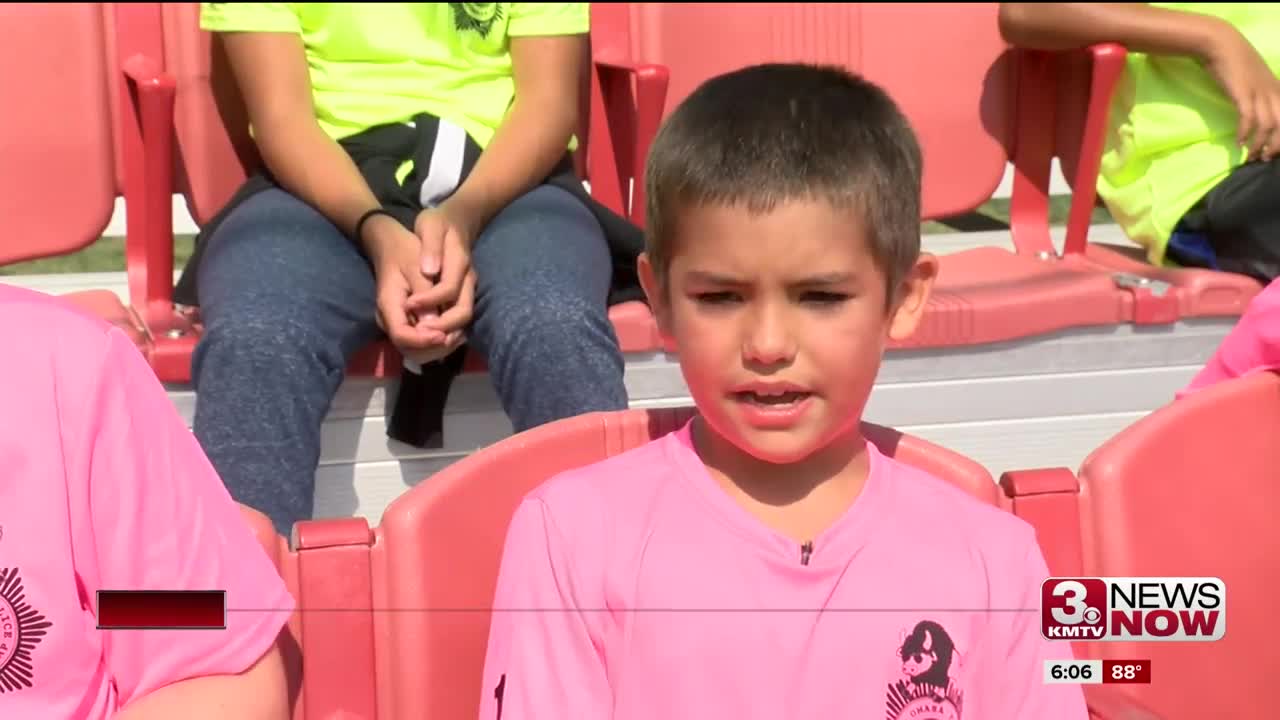 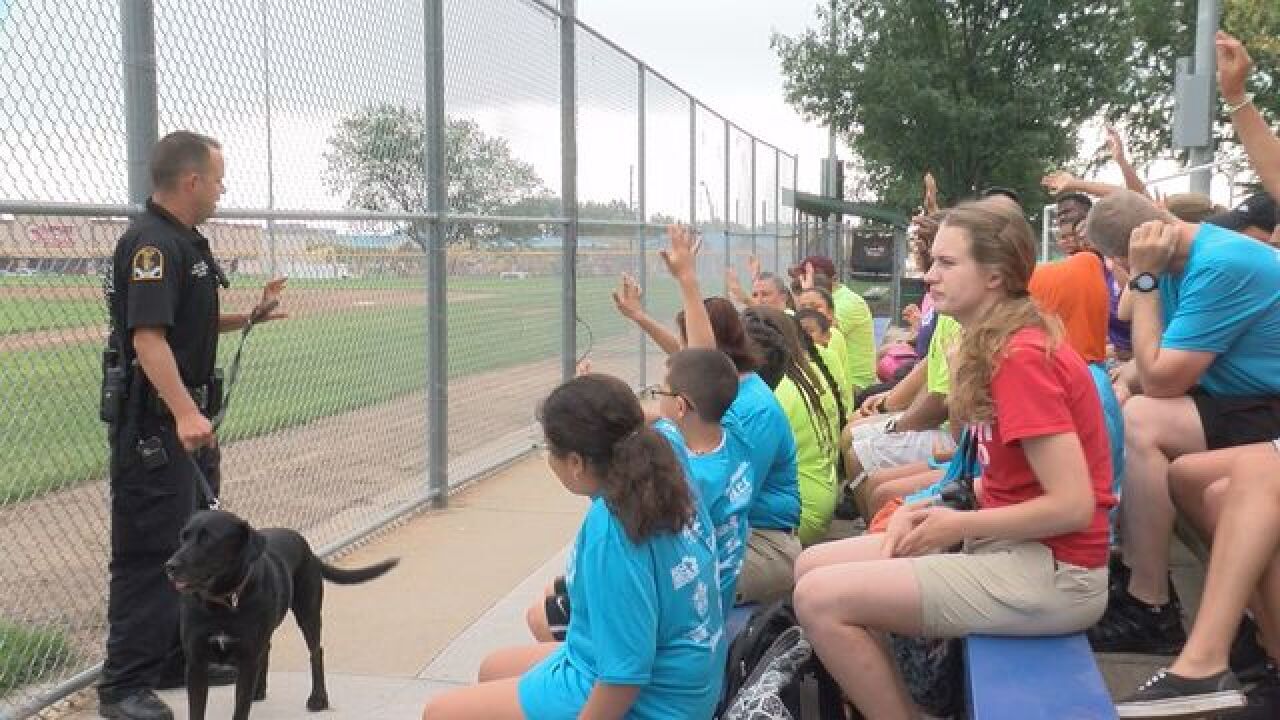 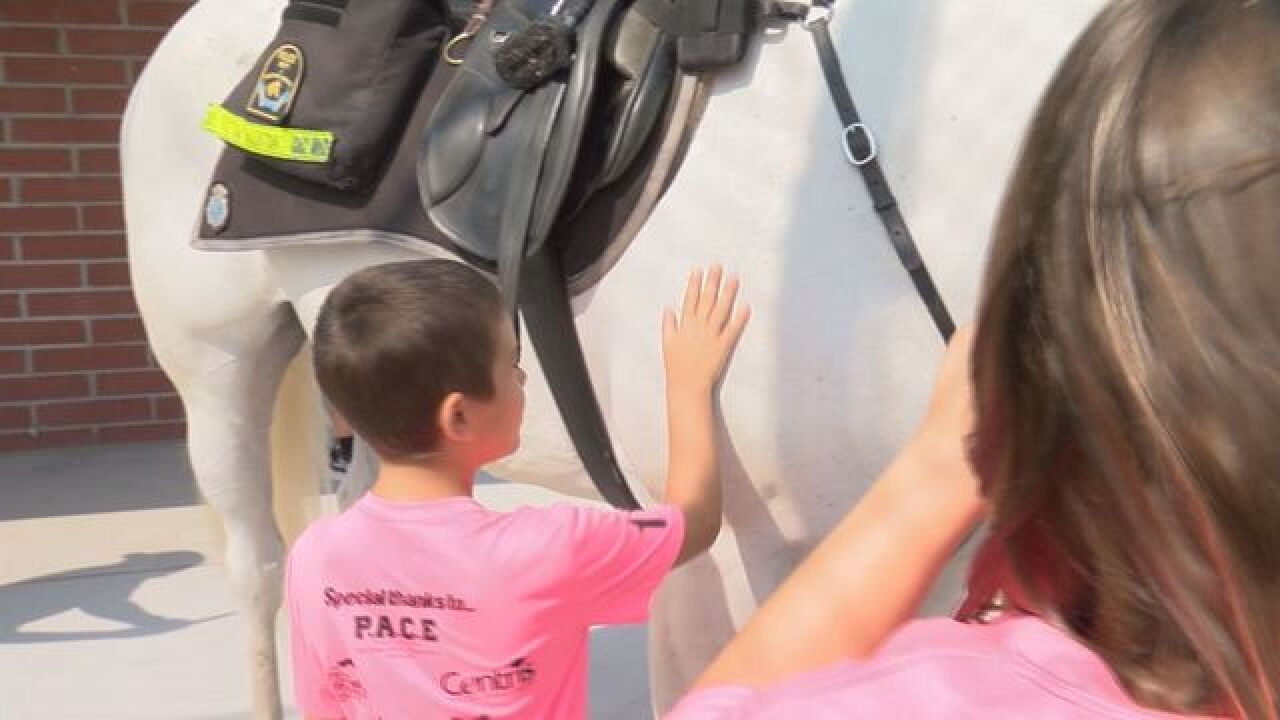 Monday is the first day of Police Athletics for Community Engagement Camp, and already kids like Jess Karch are getting a behind the scenes look at the Omaha Police Department.

"I used to be scared of like the K9 because my dad did something really bad," Karch, 8, said.

"If you guys see us, come up and say hi," Officer Nathan Dickey, Omaha Police Department said.  "We're not shy what so ever."

Officer Dickey and his K9 partner Remi show off her drug sniffing snout, at Christie Heights Park, and help the kids see they don't have to be afraid of Remi.

"We will go in school hallways and sniff lockers," Dickey said.  "We will also go into classrooms and sniff book bags and jackets to make sure there is no contraband in them."

"We're paired up with seven kids through out the week," Officer Jenny Nelson, OPD said.  "So we get to know them on a one on one basis and let them know we are their friends.  A lot of kids don't get to see police in a positive way."

And a lot of kids don't get a chance to see Mounted Patrol in action either.  Students watched as officers demonstrated how they can diffuse a situation, and arrest someone all while on their horse.

"We asked the question earlier if any of them were afraid of the police," Nelson said.  "And some did raise their hand, we hope by the end of this week that we changed their opinion."

Certainly, they're on their way to doing that for Karch.

Almost all of the kids raised their hands when asked if they still wanted to do the job of an OPD officer, including Karch, at first.

"Actually, I'm going to be a Navy Seal," Karch said.

PACE summer camp is full, but they offer a variety of programs.  Click here to learn more about PACE on their website.