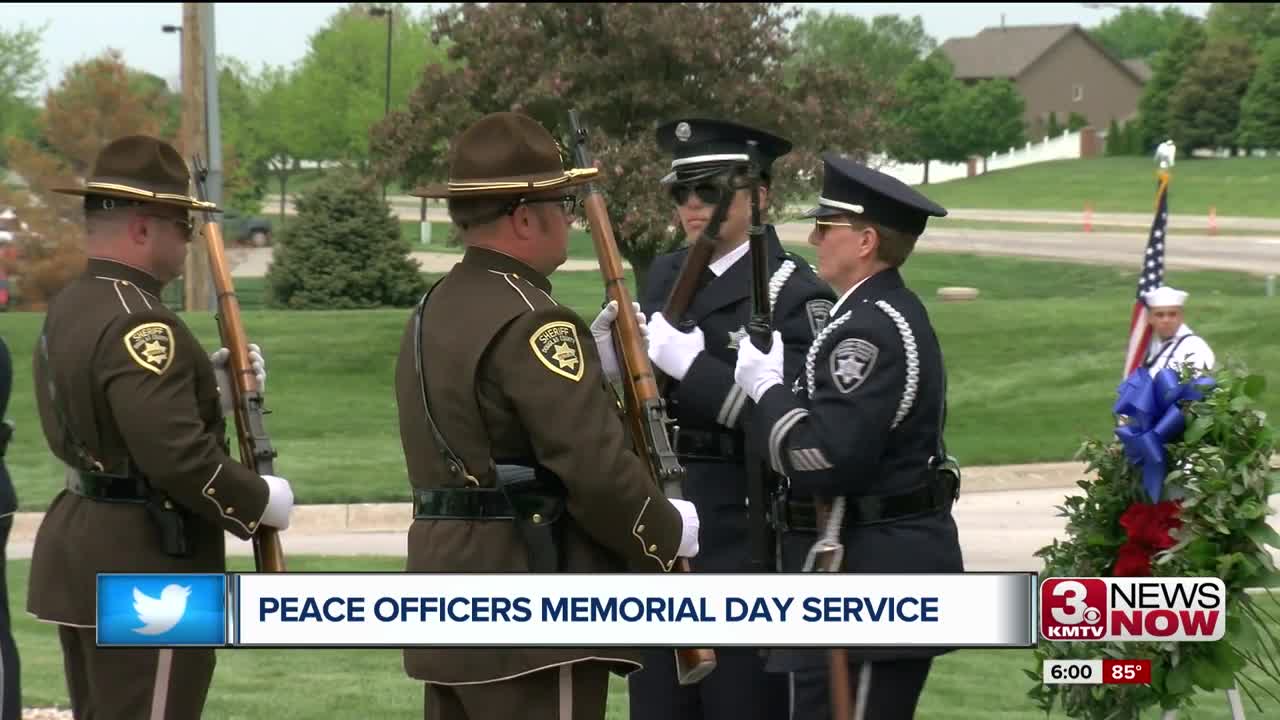 OMAHA, Neb. (KMTV) — Gone, but not forgotten. That was the motto for an event Wednesday that paid tribute to more than 20 fallen officers. National Police Week featured a "Peace Officers Memorial Day Service" where those officers were remembered.

"I think he would have appreciated it, he loved being a cop, and I think he would have been very proud," says Kathy Krans, widow of James "JD" Krans. Krans was an investigator of the Nebraska State Patrol for 25 years. He died in April of organ failure. "He was my life, and I'll never forget him, I'm sure there are a lot of people who will never forget him," says Krans.

Many gathered at the Douglas County Sheriff's Office to honor those who passed away with in the past year. 23 roses were placed on a wreath by either family or law enforcement to honor them. They honored current and retired members of law enforcement who have died.

"It's just a day to reflect on what we do in the community and those that made that sacrifice, in the performance of those duties," says Tom Wheeler, Chief Deputy Sheriff of the Douglas County Sheriff's Office. "What we do is sacrifice and it's important that we don't forget sacrifices that those who put the badge on that they make and this kind of event holds that up."

Another service will be held in Grand Island, NE on Friday. Cheyenne County Sheriff's Deputy Jailer Randy Haddix's name will be added to a memorial. Haddix died of a heart attack while on duty in July, 2018.