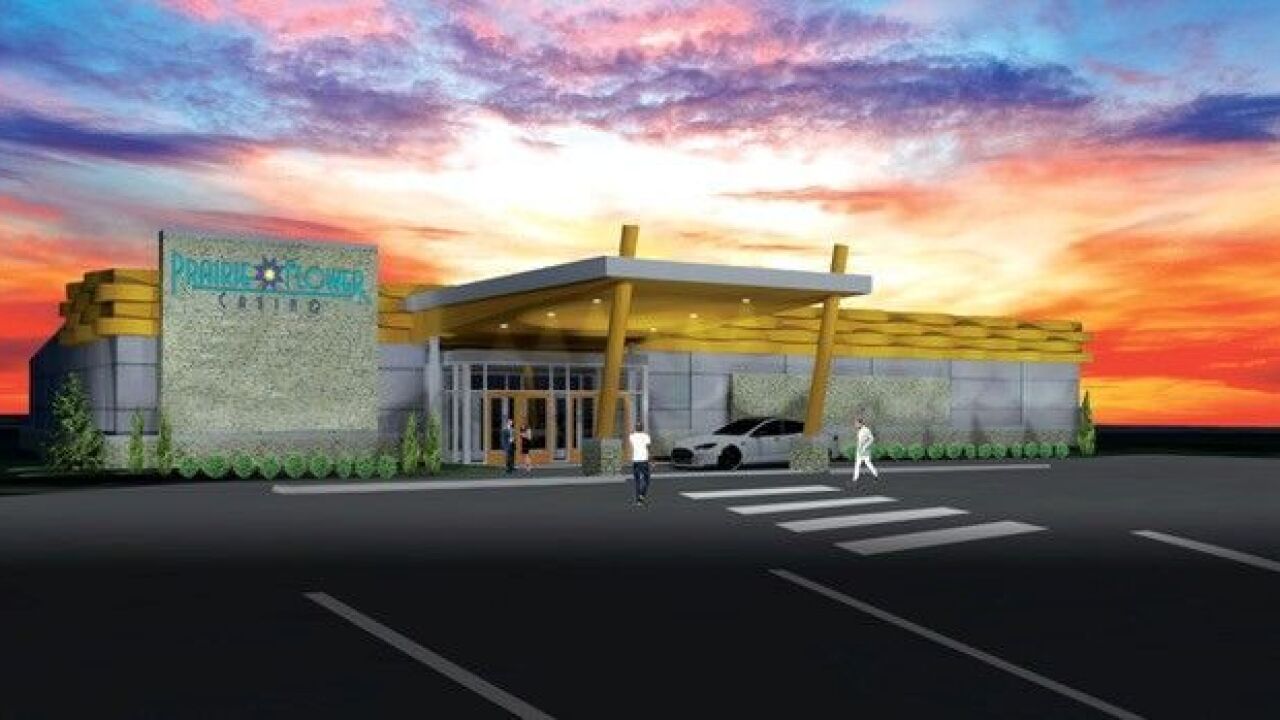 Copyright 2018 Scripps Media, Inc. All rights reserved. This material may not be published, broadcast, rewritten, or redistributed.
<p>Illustration courtesy of the Ponca Tribe of Nebraska</p> 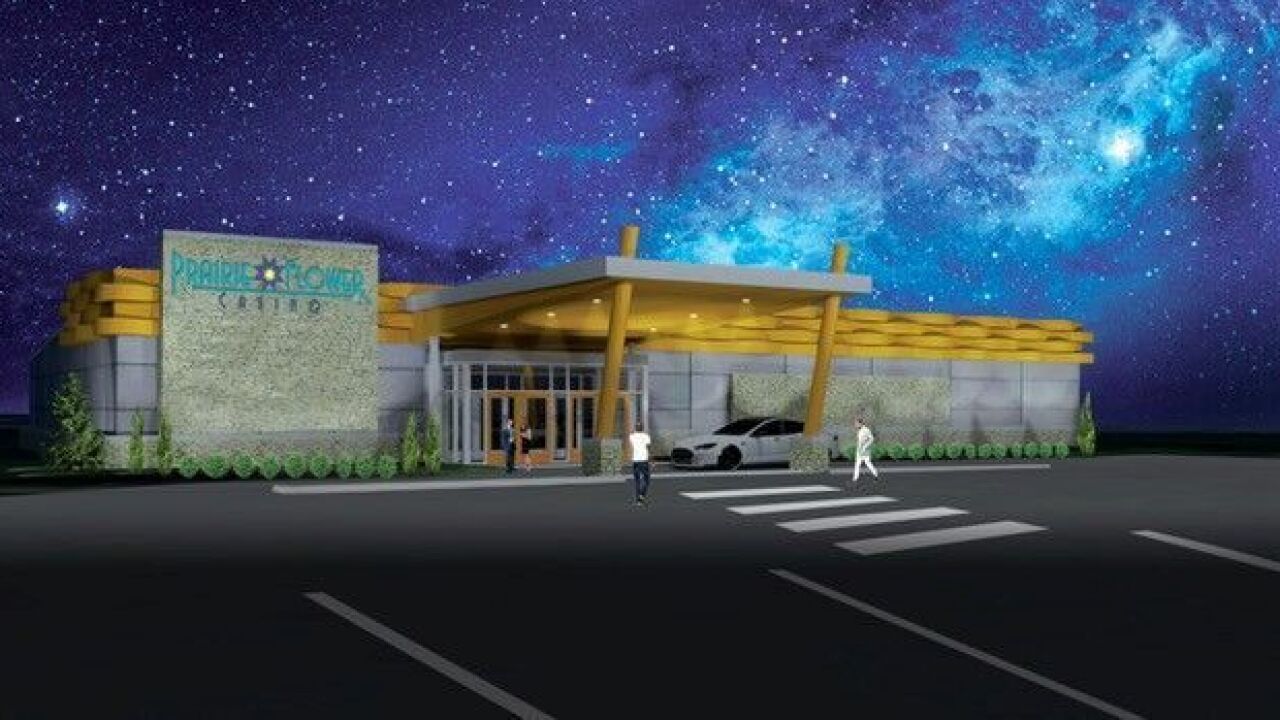 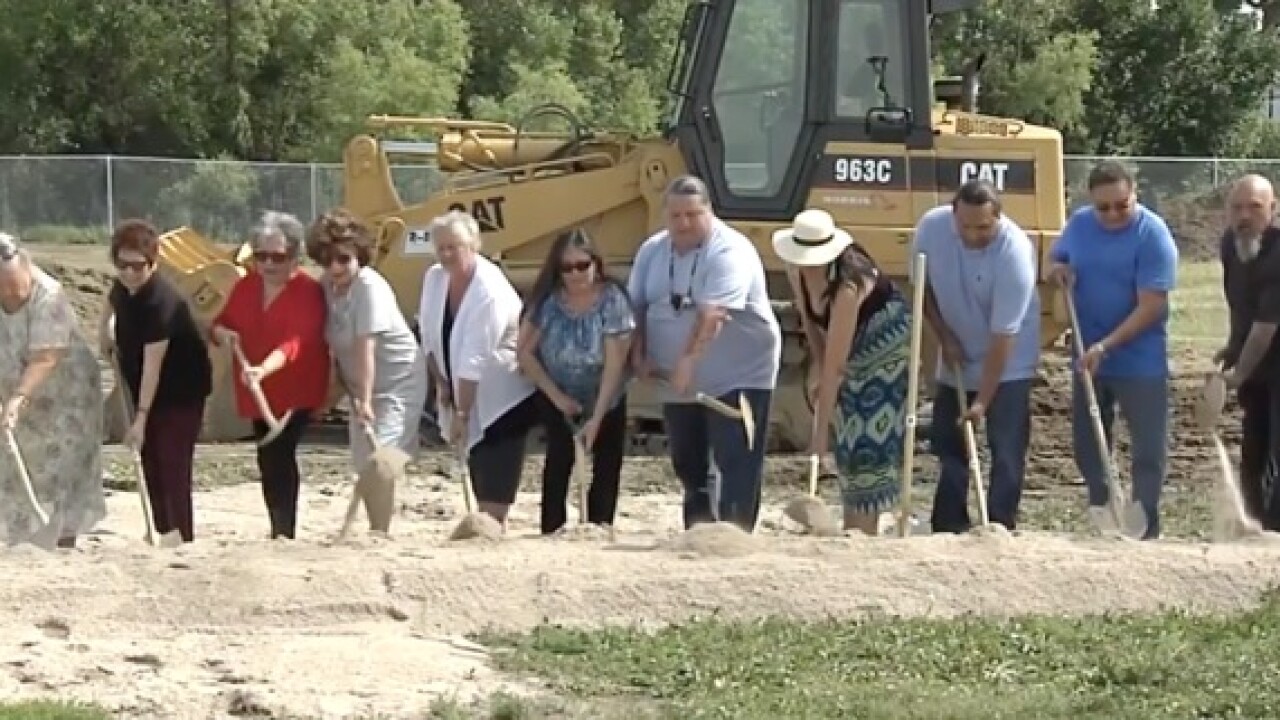 The Ponca Tribe of Nebraska plans to open the first phase of its Prairie Flower Casino in October.

The nearly 10,000-square-foot casino being built on the tribe's sovereign land is expected to feature 200 slot machines in phase one, but no table games. The facility will also have a full-service bar and snack bar, and will employ approximately 100 people, according to a release from the tribe announcing the casino's name.

“With its name, we honor our tribe’s past and the sacrifices our people made, while charting a new path of prosperity for our tribe," Ponca Tribe of Nebraska Chairman Larry Wright Jr. said. "The Prairie Flower Casino will allow us to better serve our members, while bringing economic development and growth to the Carter Lake region.”

Further plans to grow the gaming facility’s footprint to include more entertainment, jobs and economic development opportunities for the region are in progress, the release states, and will be released to the public when finalized.

The Ponca Tribe of Nebraska has nearly 4,300 tribal citizens, with almost half residing in the states of Iowa and Nebraska.