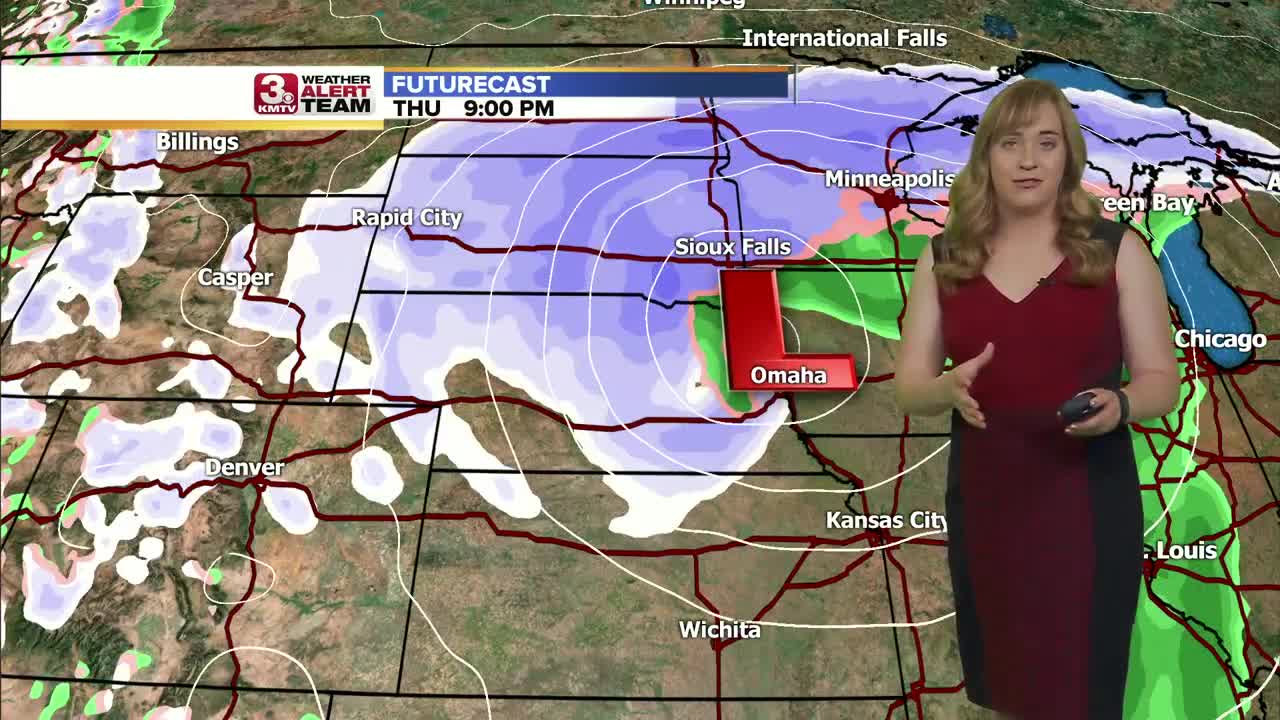 What to expect Wednesday-Friday morning

OMAHA, Neb. (KMTV) — Less than a month ago, a bomb cyclone impacted the plains...causing a blizzard for portions of the state, while raining heavily on others. That, combined with snow melt led to historic flooding that many are still dealing with. Having one storm of such magnitude is rare...a currently-developing storm system that's set to impact Nebraska on Wednesday-Friday morning is teetering on bomb cyclone status.

3 News Now Meteorologist Audra Moore shares the latest on what to expect from this developing storm system.