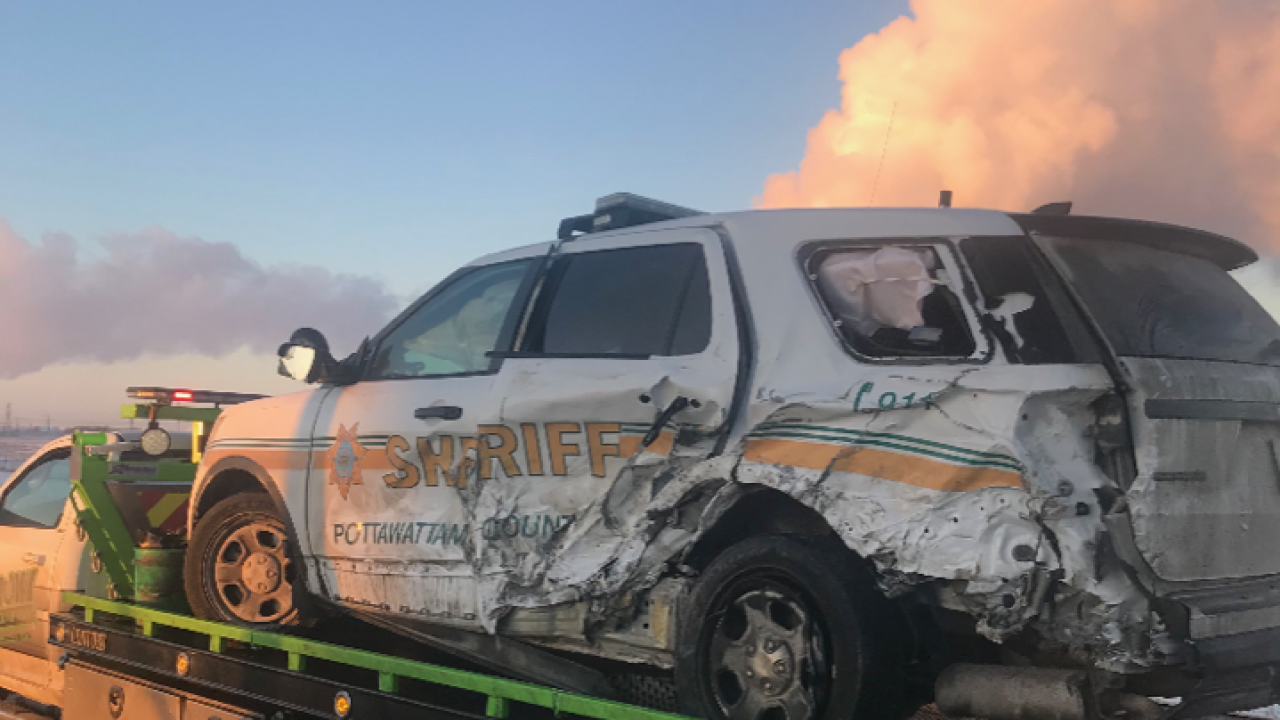 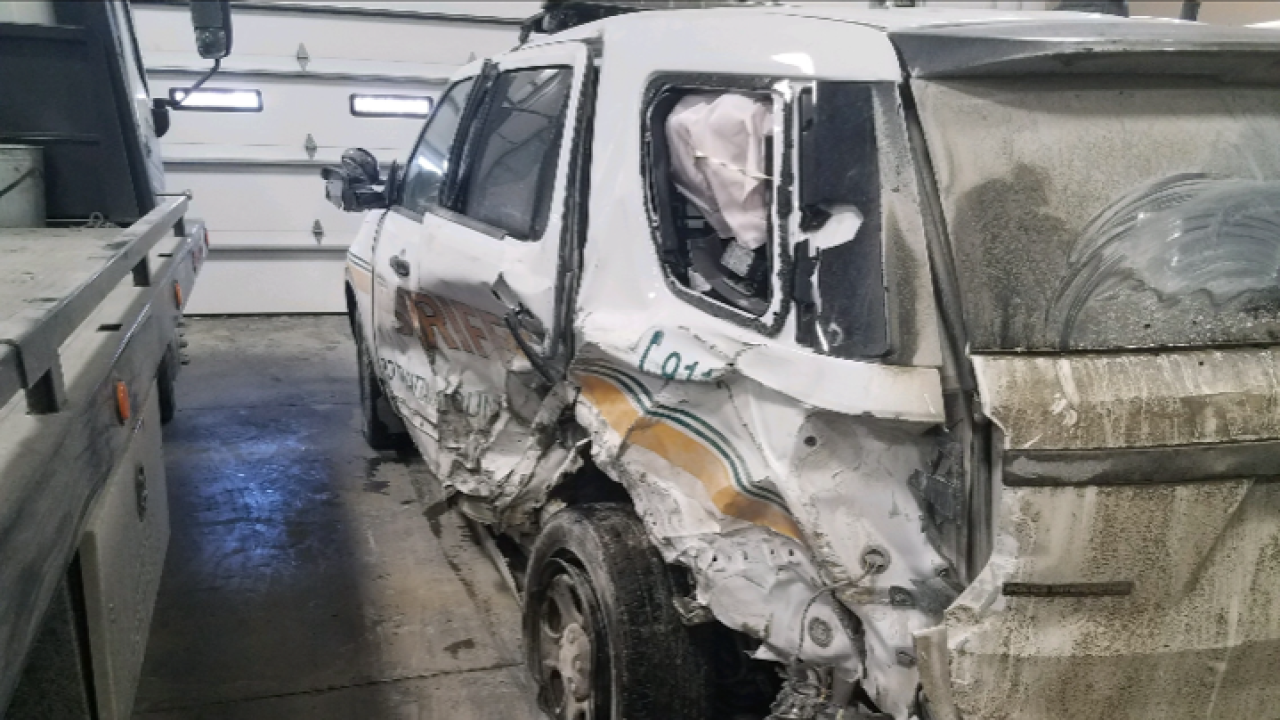 COUNCIL BLUFFS, Iowa. — A Pottawattamie County patrol car is a total loss after being hit by a semi south of Council Bluffs early Saturday morning.

Around 4am, Pottawattamie County Sheriff's Deputy Adam Fields conducted a traffic stop at the 44 mile marker of Interstate 29, south of Council Bluffs.

Deputy Fields was making contact with the driver when a Fed Ex semi traveling northbound struck his patrol car on the driver's side with the passenger side of his semi, an e-mail from Lt. Steve Winchell says.

While standing at the violator driver's window, Deputy Fields was then struck himself.

The semi swerved into the median, went through the cable safety barrier, traveled across southbound lanes and came to a halt in a ditch.

After Deputy Fields was able to radio for help, Pottawattamie County Sheriff's Deputies, the Iowa State Patrol and the Council Bluffs Police Department all responded to the scene.

Deputy Fields was transported to the hospital to treat a leg injury and released.

The semi driver was cited by Iowa State Patrol for Failure to Maintain Control of his vehicle and was taken out of service for fatigue. The driver of the semi was not injured.

Passengers of the vehicle stopped by Deputy Fields were also not harmed, but were arrested and processed for Operating While Intoxicated.