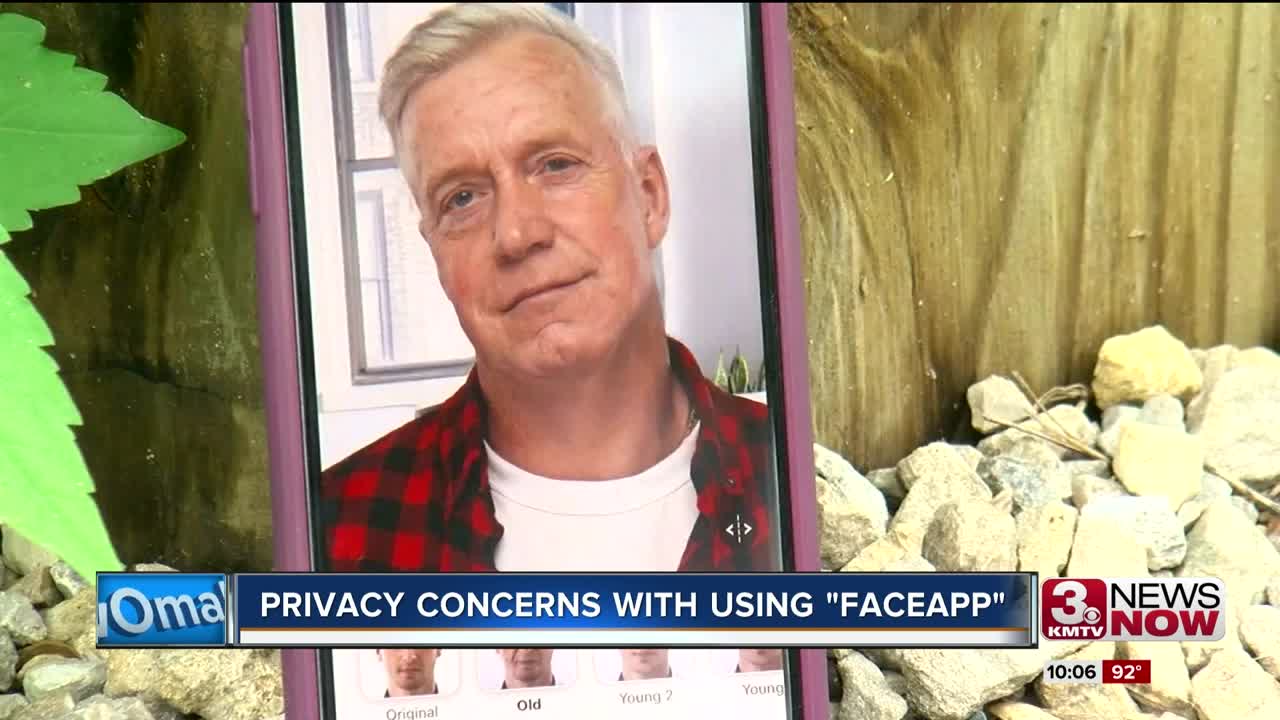 OMAHA, Neb. (KMTV) — "FaceApp" is an app where you take a selfie and age yourself. The app and the pictures have been all over social media recently. As its usage continues to be popular, it's now raising concerns over privacy and what information you're giving to the developer.

"The more insidious side of those kinds of apps is that often times you release a lot of that information as part of gaining access to that service," says Matt Hale, Assistant Professor of Cyber Security at the University of Nebraska Omaha.

Once you download the app and want to create a picture, the app asks for permission to access your photos.

"By clicking that yes button you agree to give full non-exclusive rights to the company," says Hale. What "FaceApp" does with your pictures after that is anyone's guess. "They are doing a lot more than potentially than just giving you a wrinkled version of the face, instead they might sell that to someone, they could sell it to advertisers they could hand it to another company, they can use it for whatever their own internal purposes are," says Hale.

Hale hopes this serves as a reminder to be more cautious of your information when downloading apps. "Don't download anything you don't trust," says Hale.

Deleting the app now won't stop "FaceApp" from misusing your information they already have, but Hale still recommends deleting it if you haven't already.