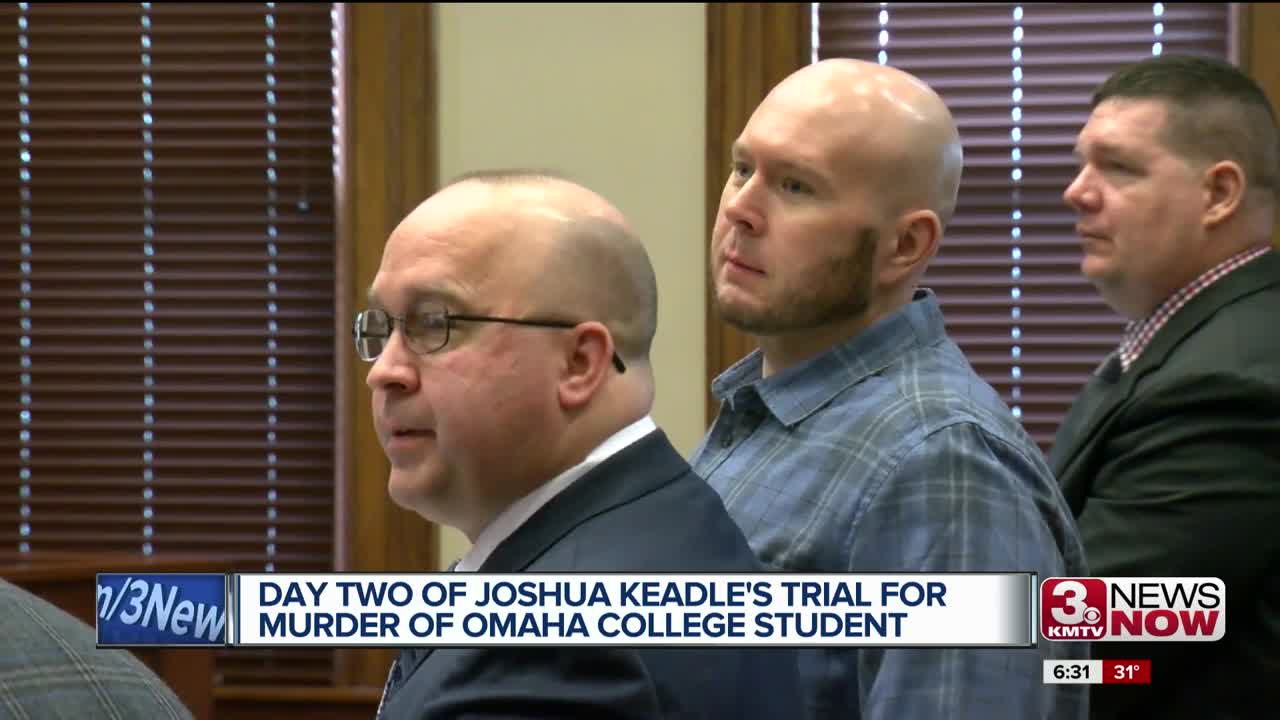 Wednesday at Joshua Keadle's murder trial, prosecutors detailed the hours leading up to the disappearance of Peru State College Student Tyler "Ty" Thomas, including contact she had with Keadle.

It was as a "Thirsty Thursday" at Peru State College the night Thomas, a student from Omaha, disappeared. In Gage County, district court prosecutors show photos of her with friends before she was gone.

Friends remember Thomas as a strong willed, good friend...a part of the Black Student Union and an organizer of a dance team. They go on to describe her as someone who fought for what they believed in and remember spending time together...laughing and having a good time.

Prosecutors say she was drinking and party hopping before getting in a confrontation with a friend at a Peru State dorm room. Thomas left and wasn't seen again by her friends.

When asked if Thomas said anything about going to Omaha, her friend Shyriah Marshall says she didn't recall her doing so.

Her accused killer, Joshua Keadle, told police he saw Thomas and she wanted a ride to Omaha so they went by the Missouri River. He alleges she performed a sexual favor for a ride and he told her he wasn't taking her. Prosecutors say he murdered her and dumped her body in the river.

Friends remember Keadle as an acquaintance who would make suggestive comments about being attracted to black women.

The defense argues Thomas had an alcohol problem, relationship problems, mental issues and that Keadle left her by the river...alive. Friends say she didn't have those problems and she didn't like going to the river, she thought it was creepy.