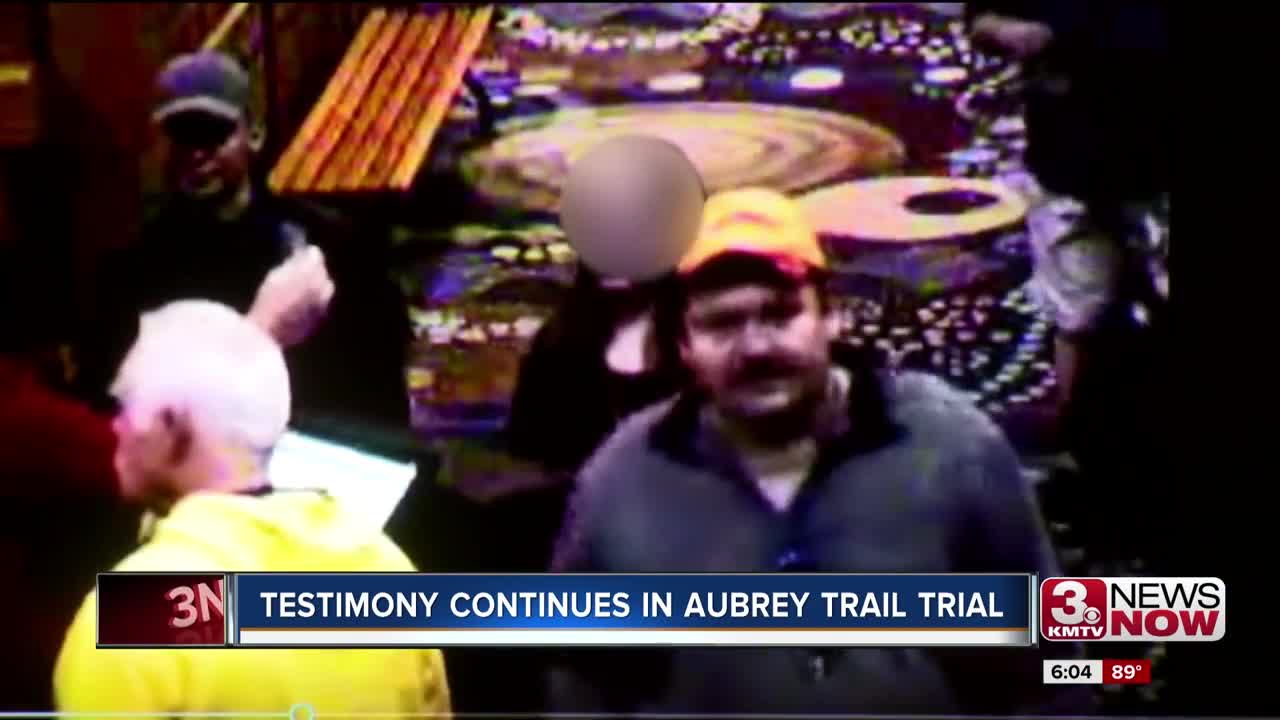 Prosecutors show footage that they say shows Trail and Boswell having a night out after allegedly dismembering Sydney Loofe.

OMAHA, Neb. (KMTV) — The third week of Aubrey Trail's murder trial came to an end for the week due to the holiday. Today, prosecutors showed video of Bailey Boswell and Aubrey Trail going out for a night of fun after they allegedly dismembered Sydney Loofe's body.

Surveillance video shows the pair as well as one of the females Judge Vicky Johnson does not want us to identify going to Ameristar Casino and Hotel on November 18, 2017.

They can be seen gambling in the casino.

The next day, they check into a hotel in Grand Island, Nebraska....after that Kearney, Nebraska where the girl had testified that Trail and Boswell wanted her to kill someone while in Kearney.

You can see on the video that the trio actually brings items inside the hotel but ends up taking them out minutes later and leaving the premises.

Then prosecutors reveal the back-and-forth that Sydney Loofe and Bailey Boswell had on Tinder leading up to her disappearance on November 15, 2017.

They talk about smoking weed, going out to eat, what career Sydney wants and meeting up.

The final Tinder message from Loofe to Bailey before she picked her up, "Lol, Silly." Bailey responds, "Here."

There was no discussion of Aubrey Trail or any male in their conversations at all.

Trail has been missing from the trial for more than a week since trying to slash his own throat.

Defense Attorney Ben Murray says, "Physically he's doing fine I think. The problem is sitting for 9-10 hours in the courtroom is what he's worried about but we expect to see him back her some time."

His defense says they are unclear still about his motive and how he got the weapon.

"He hasn't really said specifically what his intent was," says Murray.

So prosecutors will continue to call witnesses coming up next Monday and after that the defense will put forth their case and arguments. They say it's still unclear if Aubrey Trail will testify in his own defense.