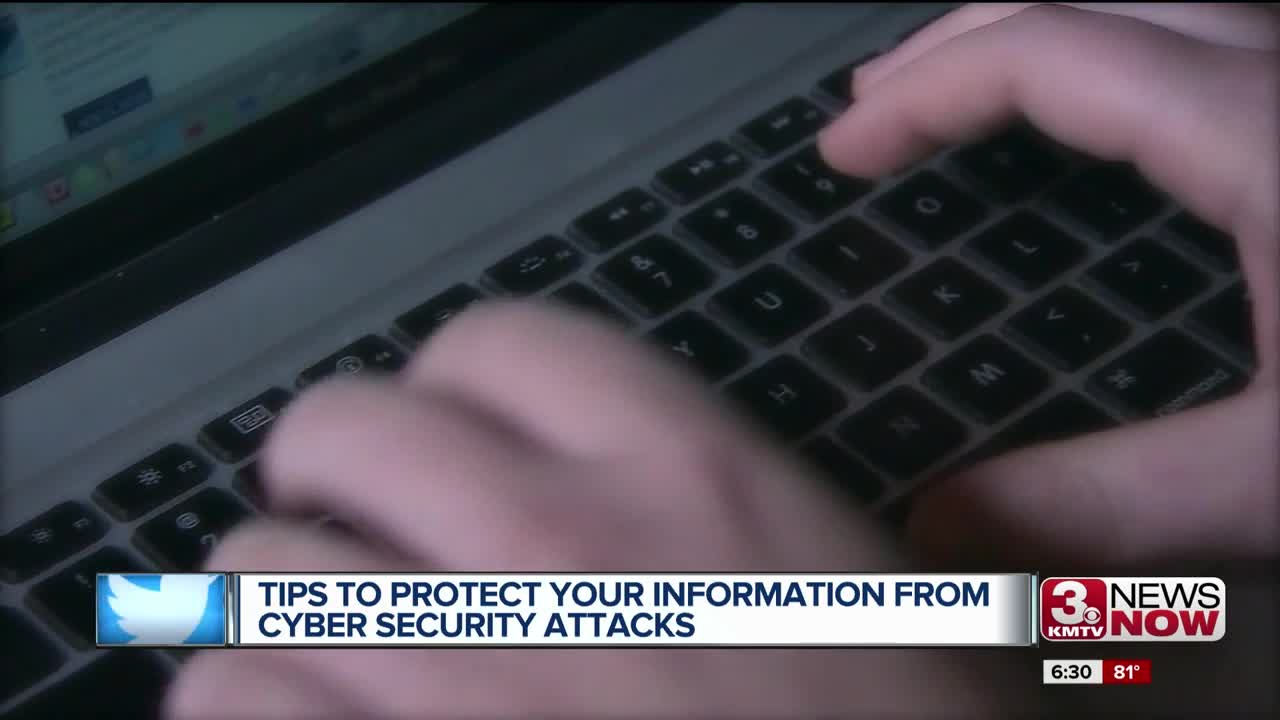 OMAHA, Neb. (KMTV) — It was recently reported that customers who made purchases at Hy-Vee gas stations may have had their information stolen. That's just one incident in a long list of data breaches. So what should you be doing to protect your important information?

"The very nature of just existing online, you open yourself up to being hacked," says Scott Dally, Director of Security Operations, at NTT Security. "Most people don't think of cyber security until it's too late, until after their identity's been stolen, until after their companies been hacked, until after they have to deal with a ransom ware outbreak."

That's why companies like NTT Security exist. With data breaches happening left and right, what directions should you be following? Start by making sure your systems are up to date. "Attackers are betting on the fact that you do not update your systems very often, so they take advantage of a known vulnerability that's been out there for two years," says Dally.

Make your passwords nothing that can be easy to guess, and take steps to protect your WiFi. Hiding your network can save you from issues down the road. "People will drive by literally in a car, look for open connections, hop on that open network and then go and try to hack a website or hack a business because if they trace it back, they are going to trace it back to that open WiFi they are on and they have no idea that their WiFi was just taken advantage of," says Dally.

Other tips to keep in mind is to always use the chip reader for credit card purchases, and if you're buying anything online, make sure the website is secure.