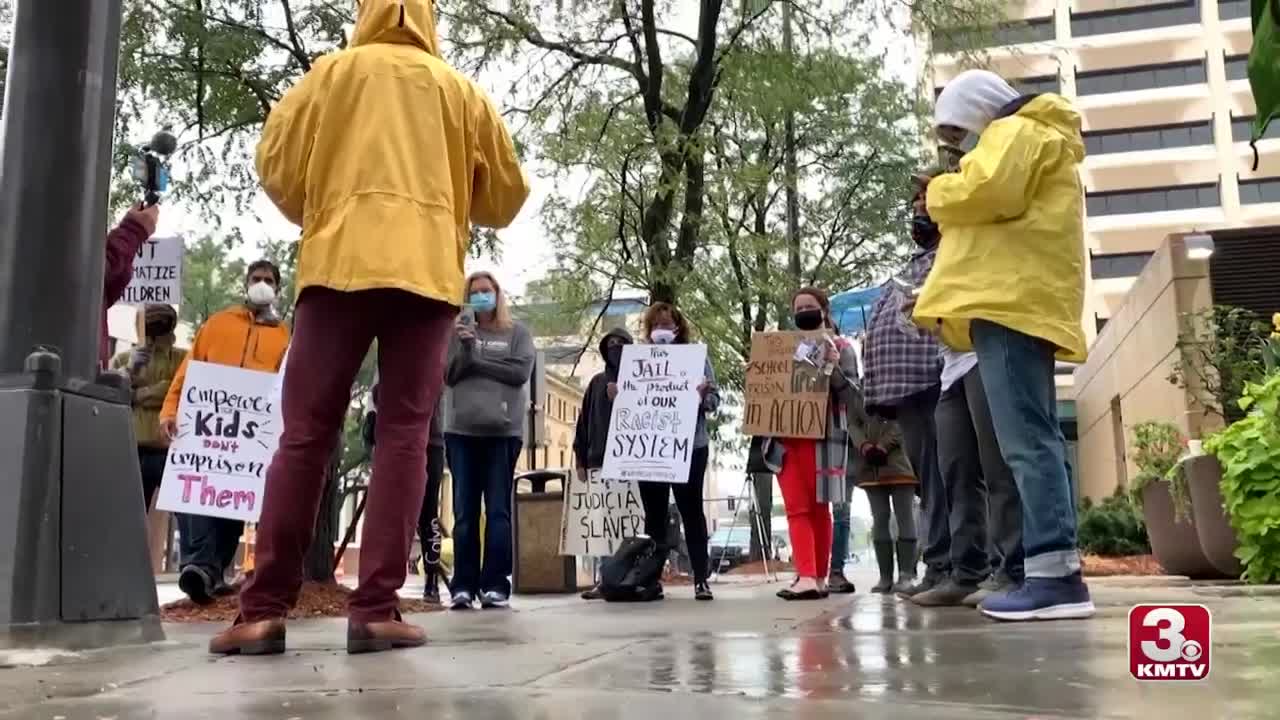 What community members and supporters of the project had to say.

OMAHA, Neb. (KMTV) — Rain or shine, opponents of the Juvenile Justice Detention Center project wanted to show up for what would have been the project’s groundbreaking ceremony.

“To me, I think there is just a depraved moral universe of these elected representatives and these developers, where they think this is a moment to celebrate for just themselves," said Asit Gaswami, one of the protest organizers. "When they take tax-payer money and create a new, next generation of the school to prison pipeline.”

According to Commissioner Mary Ann Borgeson, who has been an advocate of the project, the goal is to make a central space for incarcerated children going through the juvenile justice system to have access to the courts, lawyers and programs, as well as provide housing facilities for 64 kids.

Opponents of the project like Wells Levelle, who was incarcerated at age 17, says being in a detention center at a young age was traumatic and eventually lead him to returning to prison as an adult.

“Because we didn’t have any programs, I’m a perfect example of what the system does to youth," Levelle shared. "Here I am 48 years old now, still dealing with some of the trauma and the stuff in my life. So I think locking kids up is not going to solve the problem. We need more programs.”

Borgeson said the facility is not meant to house children for long periods of time and will only house children as they are going through the court system, not after sentencing. She also said the juvenile system is working to reduce the number of children in the facility by offering more monitored home and community programs.

The facility will also feature a trauma-informed design, which aims to make it feel less like a traditional prison.

“We really are on the same page and that is what is best for our youth and family," Borgeson said. "This is something that county governments are responsible for under state statute. And how can we- again- make our juvenile justice system the best that there is and serve our kids and families the best way we can.”

The groundbreaking ceremony was canceled after officials heard of the protest, citing fear of safety and COVID exposure. Construction on the $119 million project began in August.