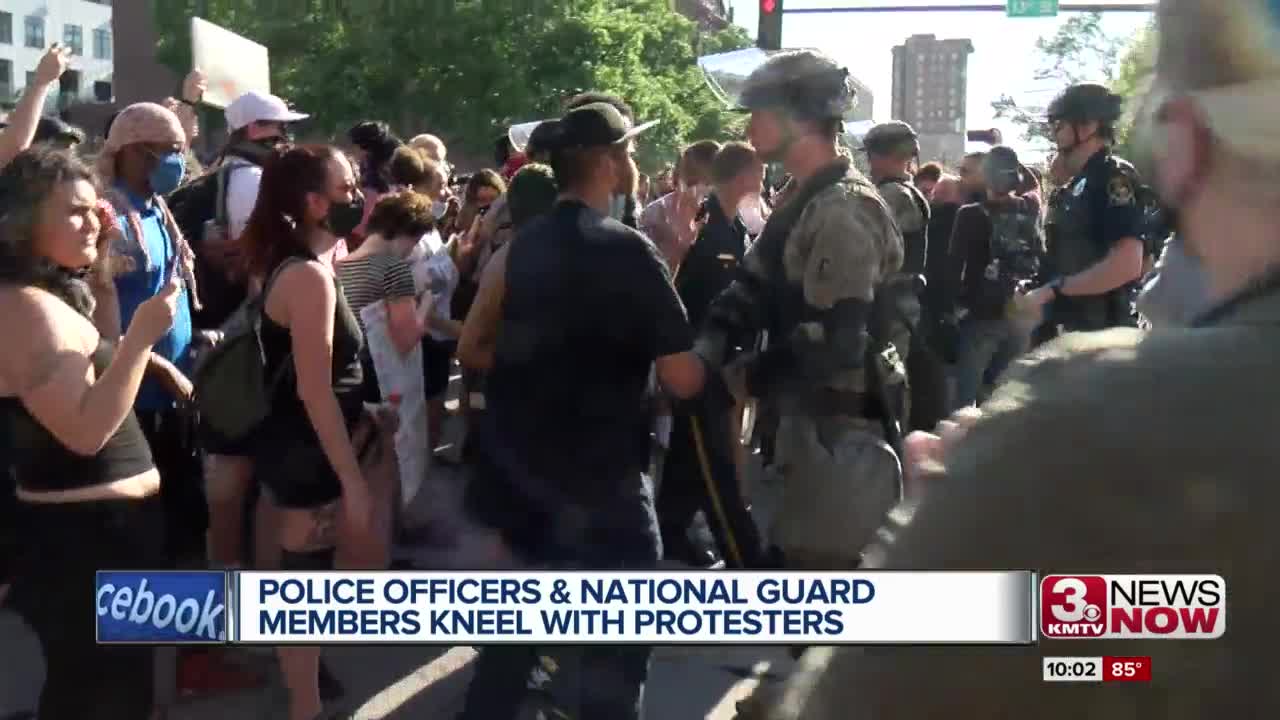 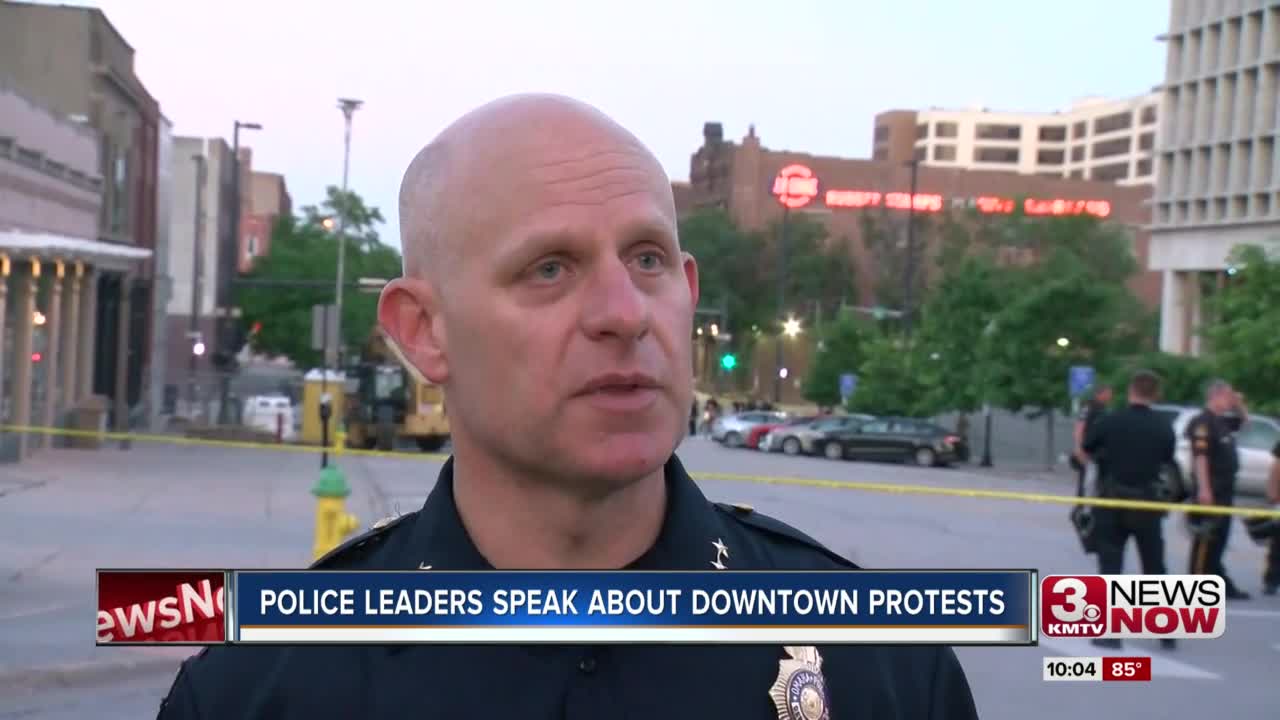 OMAHA, Neb. (KMTV) — It was a tale of two situations downtown on Monday.

Protests continued in Omaha for the 4th night in a row.

Demonstrations began peacefully Monday afternoon with authorities even taking a knee with protesters.

MUST WATCH: In a show of solidarity, OPD and National Guard members take a knee with protestors.

The group gives the officers a standing ovation. pic.twitter.com/7OUZl361Lv

After the 8 p.m. curfew went into effect, things grew tense with multiple arrests made.

Another women says she’s having a panic attack and can’t breathe, police asked if she needed a medic and is bringing an ambulance. pic.twitter.com/fB9JP26x1l

This woman tells us police arrested them when they were going to their car. pic.twitter.com/DveIu1vZJp

Two 3 News Now reporters were knocked to the ground.

This was our experience as journalists covering the #OmahaProtests. Our colleague @jonnykip21 got tackled after announcing he was media. Omaha curfew excludes working media. @3NewsNowOmaha (excuse any profanity) pic.twitter.com/OABsVVm4Eq

Well I got caught in the middle filming and was told to get down and then was briefly apprehended before they realized I was media.

As you can tell by the video I yelled media as much as I could. pic.twitter.com/3MfGhh6Zux

.@OPDDCKanger says tonight’s protest was better in terms of less arrests and no property damage. They did make 2 gun arrests.@3NewsNowOmaha pic.twitter.com/ENjmEuIcDM