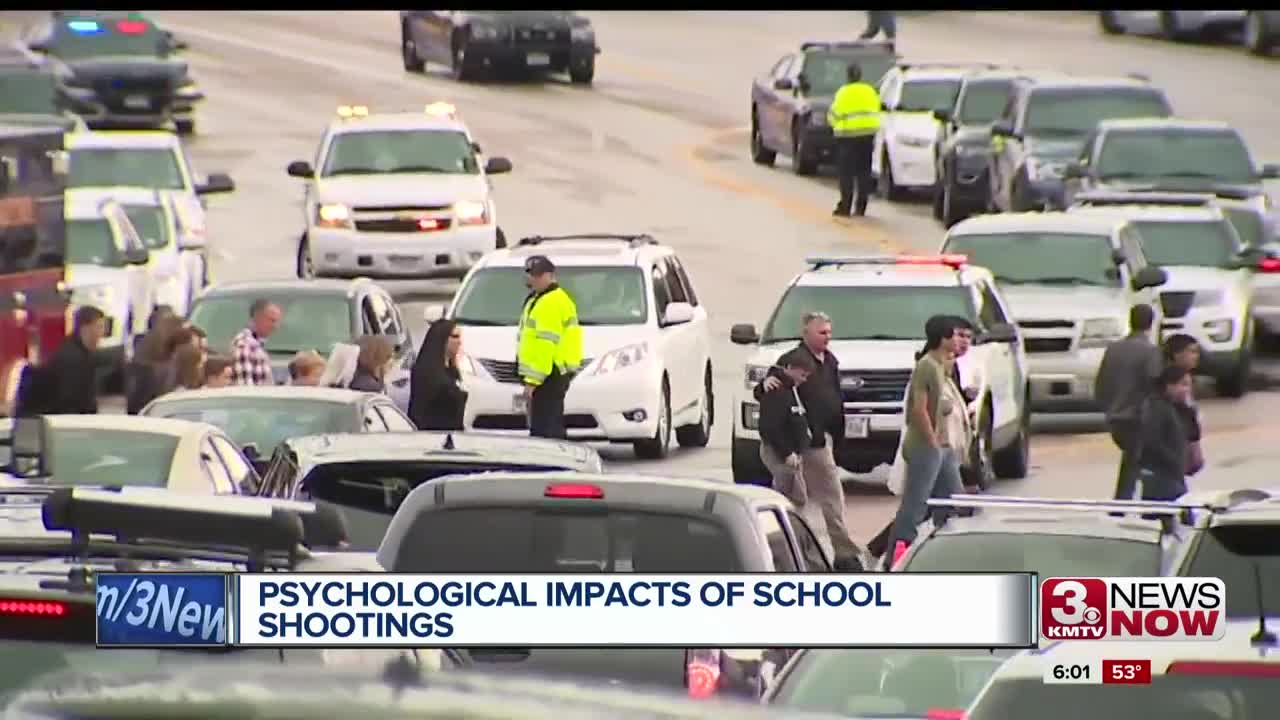 OMAHA, Neb. (KMTV) — Even though the STEM High School shooting happened in another state, it impacts many others, especially psychologically.

Parents should also try and limit a child’s exposure to social media if they continue to watch the coverage of the shootings. A parents response to the situation is key too. If you have anxiety over the situation, try and manage it, as not doing so could cause the same feelings in kids.

“Don’t send that message that their kids should also be really fearful because they don’t need to be,” says Schnoes.

Other kids will react differently to the situation, but no matter the reaction, the best first step is telling them they will be OK.

“It’s just really important for parents to be able to look at their kid and be like you’re OK, it’s fine,” says Schnoes.