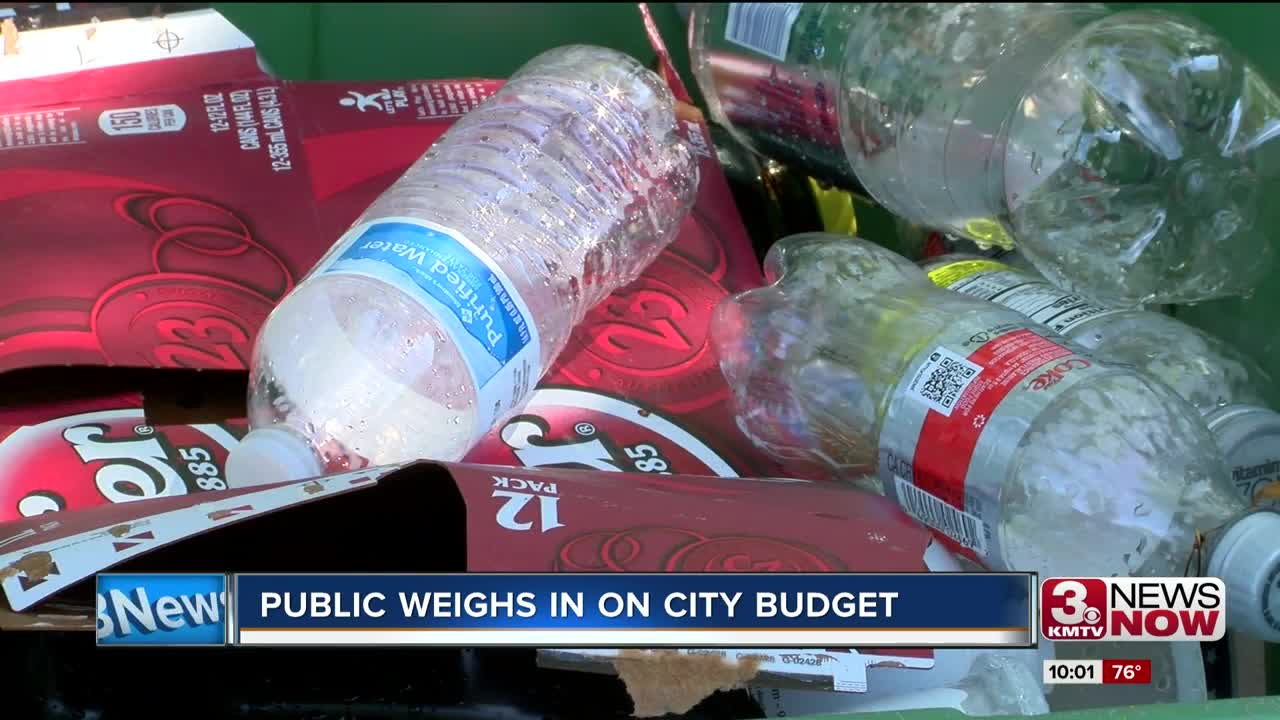 Members of the public asked the city council on Tuesday to increase the budget to hire more rental housing inspectors and to keep the city's recycling program.

OMAHA, Neb. (KMTV) — The city will likely soon need to pay more than they have in the past for recycling but that extra money is not in the mayor's budget. Multiple young people spoke up Tuesday, saying the city needs to invest in recycling.

High school and college age students told the council that recycling needs to be a priority in the next budget and that young people are watching.

"It is an incentive for young people to stay in Omaha for schooling and careers, when they see a pattern of environmentally sustainable act,” says Cate Kelly.

The city will take bids for a new recycling contract in the coming months and due to rising recycling costs, they'll have to pay more than the last contract. Something these young folks call a no brainer.

"No one wants to live in a place that prioritizes profit over people,” says Kelly.

In the proposed budget was the addition of another housing inspector to help with the city's newly expanded rental housing inspection program. Those that pushed for the program were back in the chambers Tuesday night, arguing to instead add four inspectors.

"One inspector won't get us there, nor will four, but fully funding the ordinance with four new inspectors would show that they are starting on a process of fundamental change,” says Dennis Walsh with Omaha Together One Community.

But others at the meeting were asking for more cuts.

"Eliminate funding for holiday lighting, community developments for neighborhood allinace support and truancy prevention programs, among others. These entities can subsist on private contributions and grants,” says Doug Kagan, Nebraska Taxpayers for Freedom.

Members of the council said very little during the public hearing, we'll have a better idea where they stand in two weeks, when they're set to vote on the 2020 city budget.