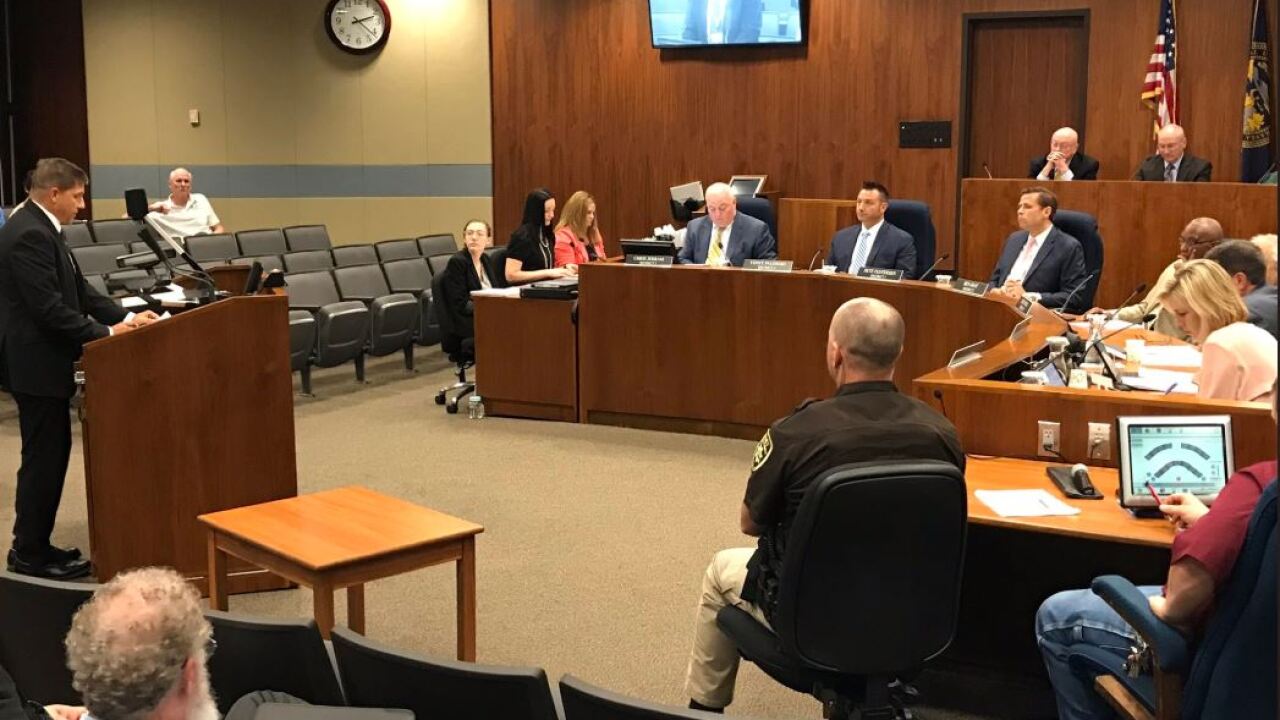 OMAHA, Neb. (KMTV) -- — Your trash pick-up is on the line for the next several years.

Omaha City Councilmembers hear from the public on what they want in their waste collection.

Two major bidders are in line; FCC and WCS. WCS came in with a lower bid for a 3-cart system which would have separate trash, recycling, and yard waste bins. But the Omaha Public Works Department and Mayor Jean Stothert believe FCC is the best for the job with a 2-cart system that would co-mingle trash and yard waste. Recycling would be picked up every other week.

“The Public Works Department is not in a position to recommend a company that may or may not be able to provide the services necessary to meet the responsibility of protecting public health and sanitation of our residents. We must recommend a company that we know will deliver this essential service all the time under all conditions," said Jim Thieler, Assistant Director for Environmental Services for the Public Works Department.

"It strikes me as inappropriate that a city the size of Omaha should even consider not having a recycling program and a yard waste program. it's very short sighted," one resident explained.

The Omaha City Council decides that they will wait to make a decision until August 27. That will likely coincide with a possible ordinance, if approved, that FCC would collect yard waste for 8-12 weeks.

Mayor Stothert says she will not sign the plan if WCS is approved the waste collection company. It would be up to the council president to sign it if approved.

The city council previously denied a bid from FCC in June.

Correction: The previous update indicated Mayor Stothert would veto the plan if WCS is approved, but instead she would not sign the contract.