Push underway to get Sen. Ernie Chambers on county board ballot 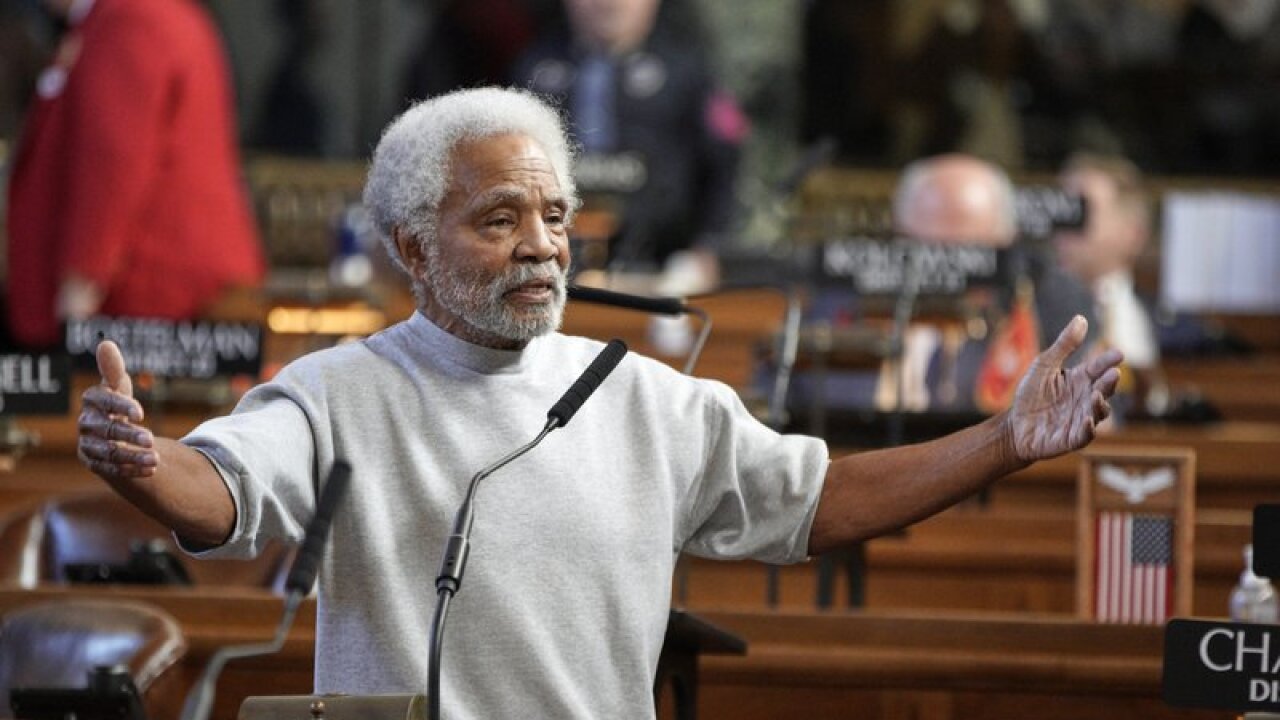 (Copyright 2020 The Associated Press. All rights reserved. This material may not be published, broadcast, rewritten or redistributed.)
AP Photo/Nati Harnik, File
FILE- In this Jan. 8, 2020 file photo, Nebraska State Sen. Ernie Chambers of Omaha addresses lawmakers in Lincoln, Neb. On Wednesday, Feb. 12, 2020, lawmakers gave first-round approval to a bill sponsored by Sen. Chambers that would require law enforcement officers to undergo anti-bias training. The bill would require two hours of anti-bias and implicit bias training as part of the continuing education requirements for local police officers and sheriff&#39;s deputies. The Nebraska State Patrol would have to offer training as well to try to prevent racial profiling. (AP Photo/Nati Harnik, File)

OMAHA, Neb. (KMTV) - The political career of Ernie Chambers may have another chapter after all.

The longtime state senator was unable to run for re-election this year due to term limitations. But now a movement is underway to get the 83-year-old on the ballot for the Douglas County board.

County election officials say supporters of Chambers have collected around 2,500 signatures. Only 2,000 are needed to get on the ballot.

Officials say they hope to know by the end of the week if Chambers will be on the ballot or not.

He would be running against incumbent Chris Rodgers, who won the Democratic primary back in May.

There is no Republican in the race. Chambers would be running as a non-partisan.