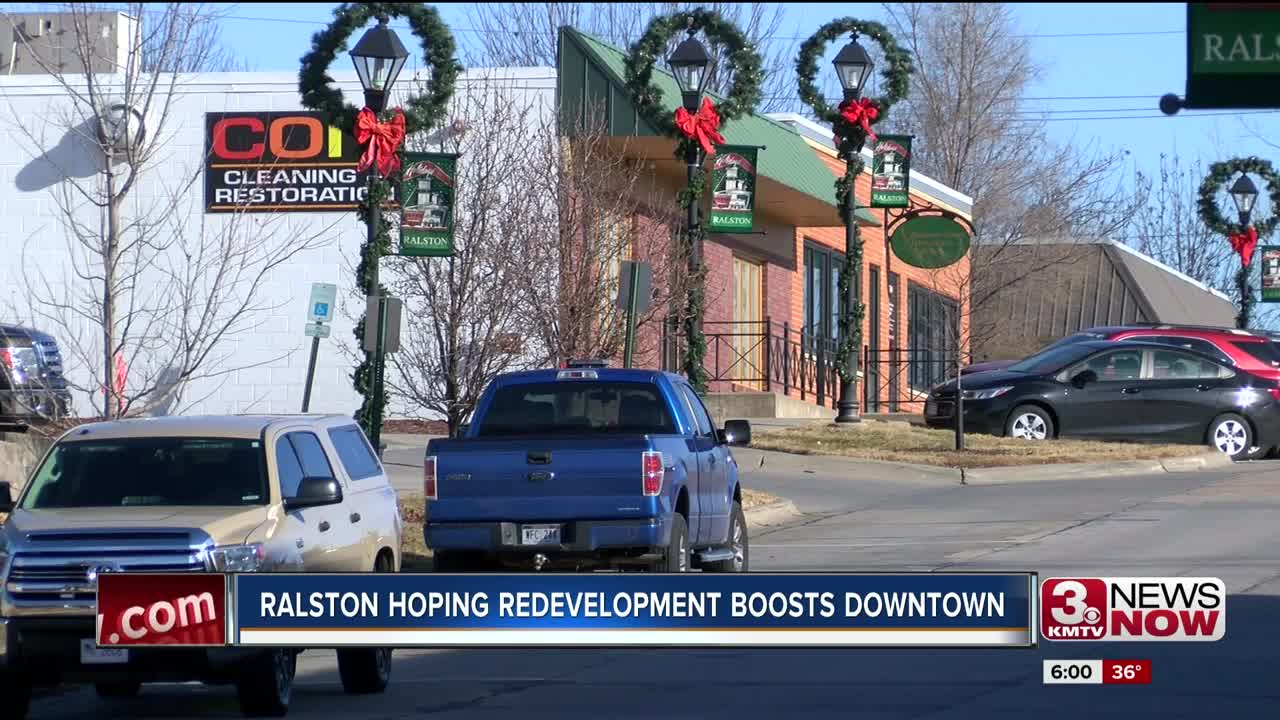 RALSTON, Neb. (KMTV) — When you go into downtown Ralston it has the feeling of a small town, nested in the middle of the metro. City leaders don't want to change that image, but they're looking to give downtown a boost.

"Watching development across the other areas of Omaha, in Douglas County and I think we have the same opportunity to do that here,” says Don Groesser, mayor of Ralston.

The city of Ralston is looking to soon start breaking ground on the first step of the hinge master plan, which would add apartments, retail, entertainment and green space into the area.

They're using the recent redevelopments of Aksarben and Benson, as examples of what can be done, but putting their own spin on it.

"Do I want to duplicate Benson, not really. I mean I want Ralston to be its own thing and Ralston has always been a family oriented city,” says Groesser.

He says ultimately he doesn't mind if those tax dollars are coming from a younger, or older crowd.

"Maybe as it develops a little, we'll see a 50 year old crowd come in here and be the right place for them to be happy and settle in instead of the 20-year-old crowd, I don't know,” says Groesser.

For example on Friday nights, when bars and restaurants are especially full, parking is hard to come by here in downtown Ralston, that's why the current plan worries some businesses.

They're concerned because the city hopes to break ground on the first stage of the project this spring, in a city parking lot.

"So anymore businesses we have, it'll make it even harder to find places to park,” says Andrew Kolb, manager of Ground Zero in Ralston.
"I'm trying to find 40 people down here to play Magic and I have four parking spaces for them."

Still businesses like Ground Zero comic book shop think the development will benefit them in the long run.

"It would get more foot traffic in and that would always help. So I think having more retail downtown instead of manufacturing and vacant spaces would be fantastic,” says Kolb.