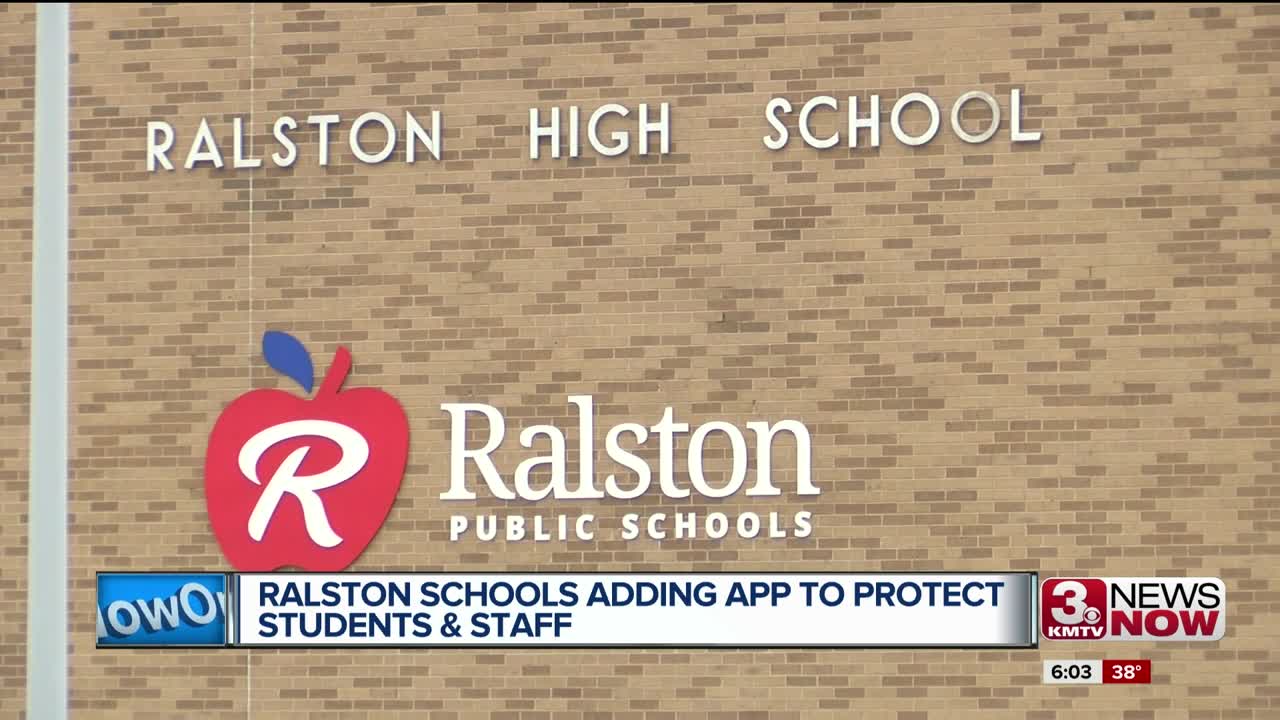 RALSTON, Neb. (KMTV) — Over the last 20 years it's safe to say, every school district in the country has taken measures to be safer. This includes improving building security and training students and staff.

For Ralston Public Schools, it's also about technology, specifically a new app, that every staff member will soon have on their phone.

"They see something that doesn't look right, they see something that would raise their alarm or their suspicion, they're able to put the building into an appropriate safety mode so we can make sure their staff and their students are all safe,” says Jason Buckingham, director of business and assistant superintendent at Ralston Public Schools.

The app is called rave panic button. If a teacher sees a possible threat they simply have to pick up their phone and hit a button. It puts the school on lock down and directly dials 911, something only one part of the school could do in the past.

"We only have one place inside the building we're able to do that and that would be in the main office,” says Buckingham.

But the new system skips the middle man and gets the cops on school ground quicker.

"30 seconds to a minute in any dangerous situation is crucial,” says Ralston Police Chief, Marc Leonardo.

Along with a faster response time, Ralston Police say if there is a threat, they can go into the school and have a pretty good idea on just where the threat it.

"With that particular staff member hitting that app, they're going to tell exactly where they're at, what they're doing and that goes directly to dispatch, so there's no guessing,” says Leonardo.

The whole system will cost Ralston Schools about $10,000 a year and plan to have most teachers on it by the end of December.