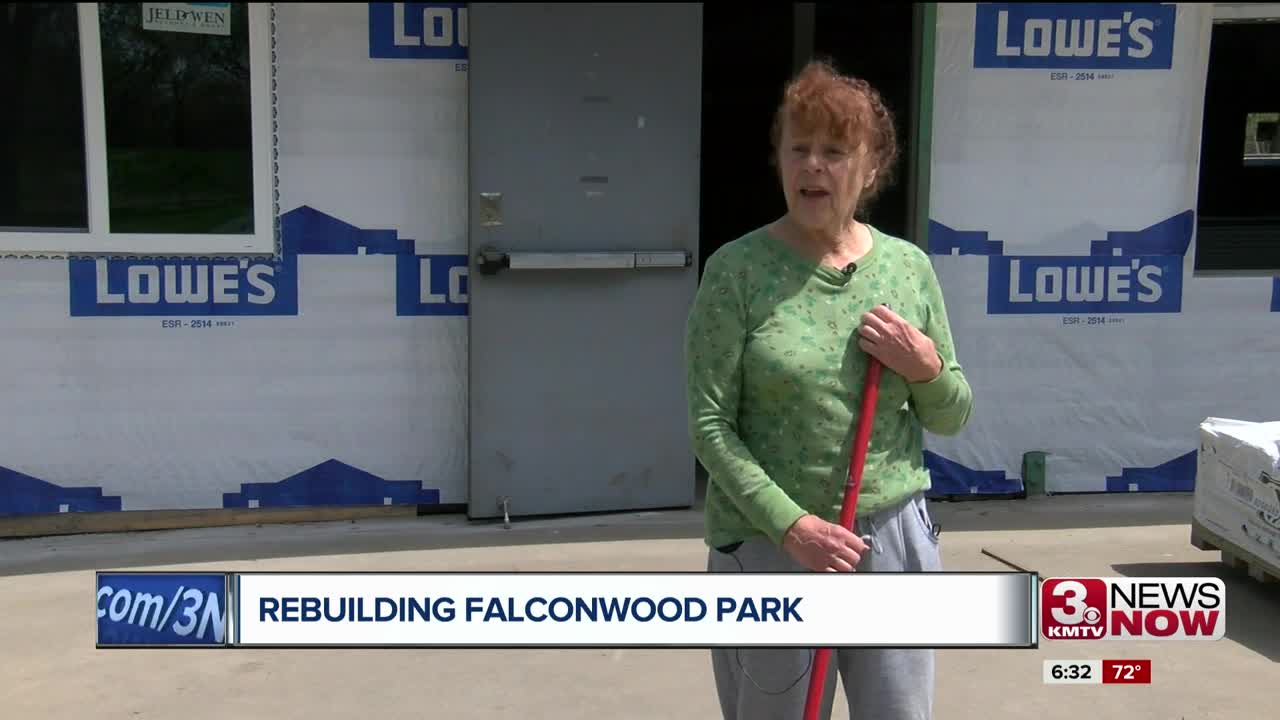 OMAHA, Neb. (KMTV) — Falconwood Park, a venue that features a drive-in movie theater, was hit hard by the recent floods. This comes after, 2 years ago, the venue was damaged by a tornado. Instead of closing up the doors for good, the owner and his family are choosing to rebuild.

“Everything was covered in an inch of mud, every chair, table, everything that we had in that whole building just had a layer of gross sandy soot,” says Brandon Miller, owner of Falconwood Park.

“It was overwhelming, it was to the point where a person could cry because it was so devastating,” says Edda Philppsen, Miller’s Grandmother who is helping with the cleanup.

Miller says the business was under 9 feet of water. He lost $80,000 worth of drive-in theater equipment which will take some time to be replaced.
However, thanks to the rebuilding efforts they hope to be open in the near future, including hosting their first wedding since the flood which is scheduled for May 18th.

For more information follow the park’s website at falconwoodpark.com for updates on when parts of the park will be open.