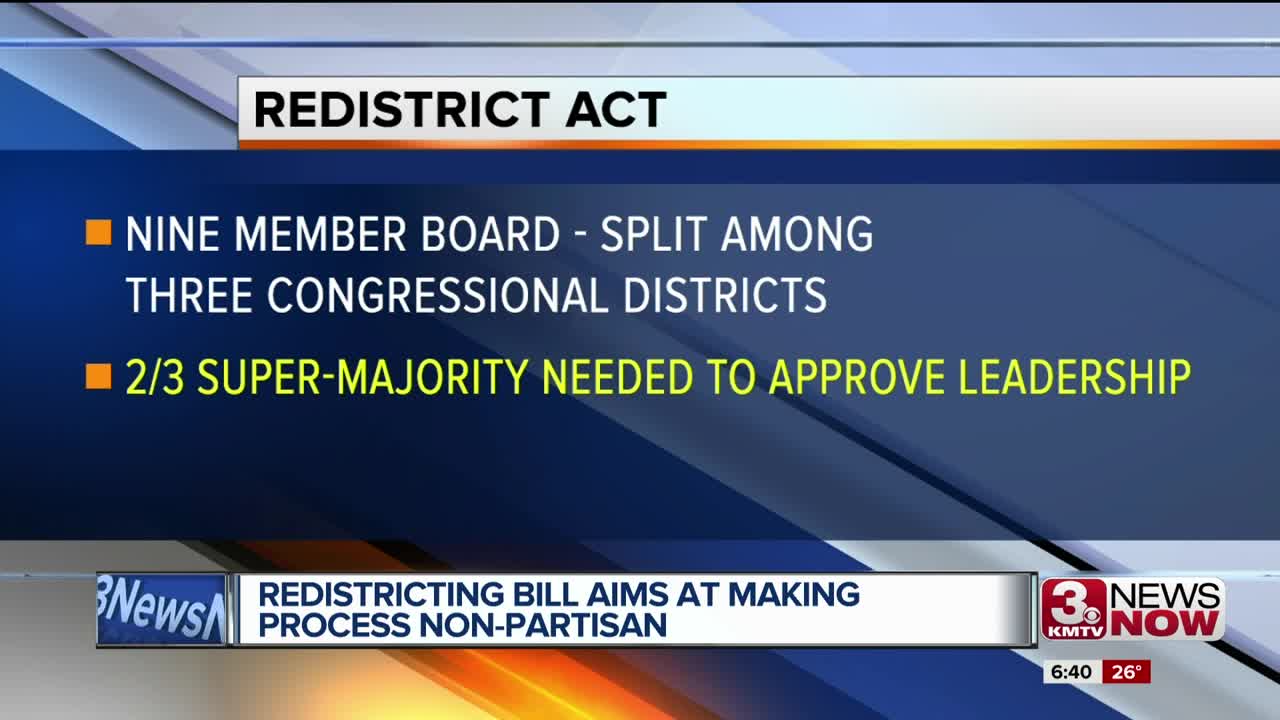 LINCOLN, Neb. (KMTV) — It's the year for the US census and once that's completed the 49 senators in the capitol behind me will be in charge of redistricting.

Two bills that had hearings today would effect that process, trying to reduce gerrymandering as much as possible.

"We've all heard the stories that the 2011 redistricting plan was carried out with partisan design and results,” says McCollister.

The Nebraska Unicameral has a reputation for being the lone nonpartisan legislature in the US.

State senator John McCollister wants to keep it that way and reduce accusations of gerrymandering, which is drawing district lines for political gain, as much as possible.

Currently nine people, no more than 5 Republicans and 4 Democrats are tasked with drawing the district lines for the us house, the legislature and a number of other offices.

Senator McCollister's bill would call for a similar nine member board, split among the state's three congressional districts.

But they would need two-thirds of that board to vote on it's leadership. as well as a two-thirds supermajority to approve a final map to send to the 49 state senators.

"So by doing it that way would reduce some of the partisan tendencies that may or may have have occurred in the past,” says McCollister.

The bill got support from the ACLU.

"Not only is it good policy but its line with our political culture in Nebraska,” says Danielle Conrad, executive director of the ACLU.

At the same hearing, senator Tony Vargas pushed his bill that would count state prisoners as residents from where they previously lived, not where they're currently residing.

One example given was Johnson County, and how their population is skewed because of inmates at Tecumseh State Prison, many of whom are from Omaha and Lincoln.

"This is one of those issues that just feels kind of fundamentally wrong to a lot of Nebraskans, not really be counted as a resident for where you live. It feels wrong for the very obvious truth that a prison is not a home,” says Westin Miller, public policy director at Civic Nebraska.

There was no formal opposition. but speaker Jim Scheer questioned if inmates will return home after being released.

"I don't know where they came from necessarily means where they truly believe where their home might be,” says Scheer.

When asked if Governor Pete Ricketts would support his bill, Senator McCollister said he wouldn't expect a veto because "it would be extremely bad press."