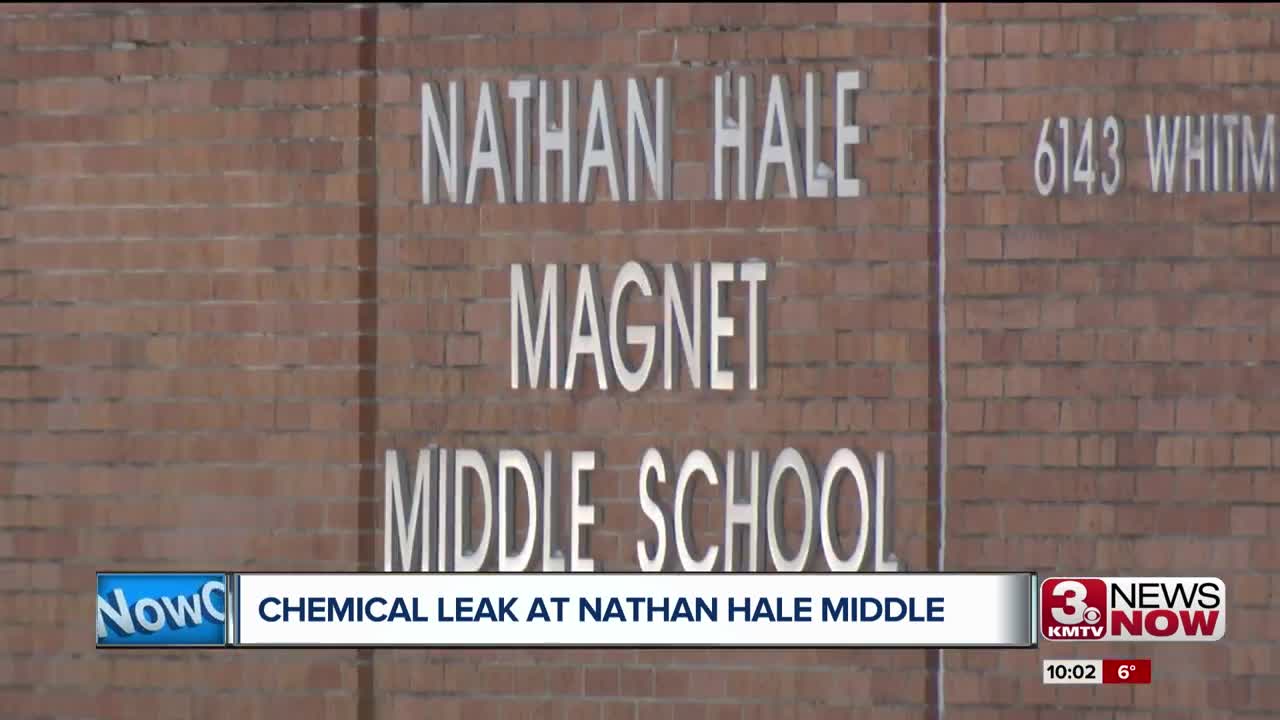 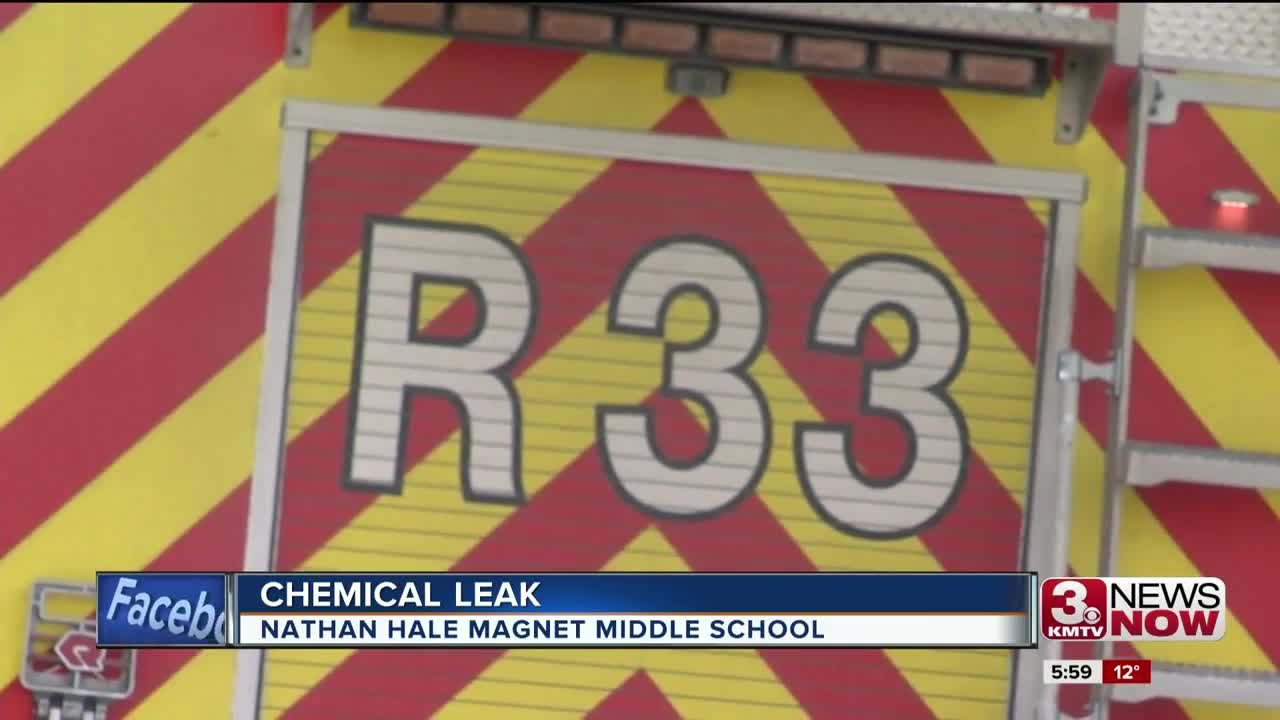 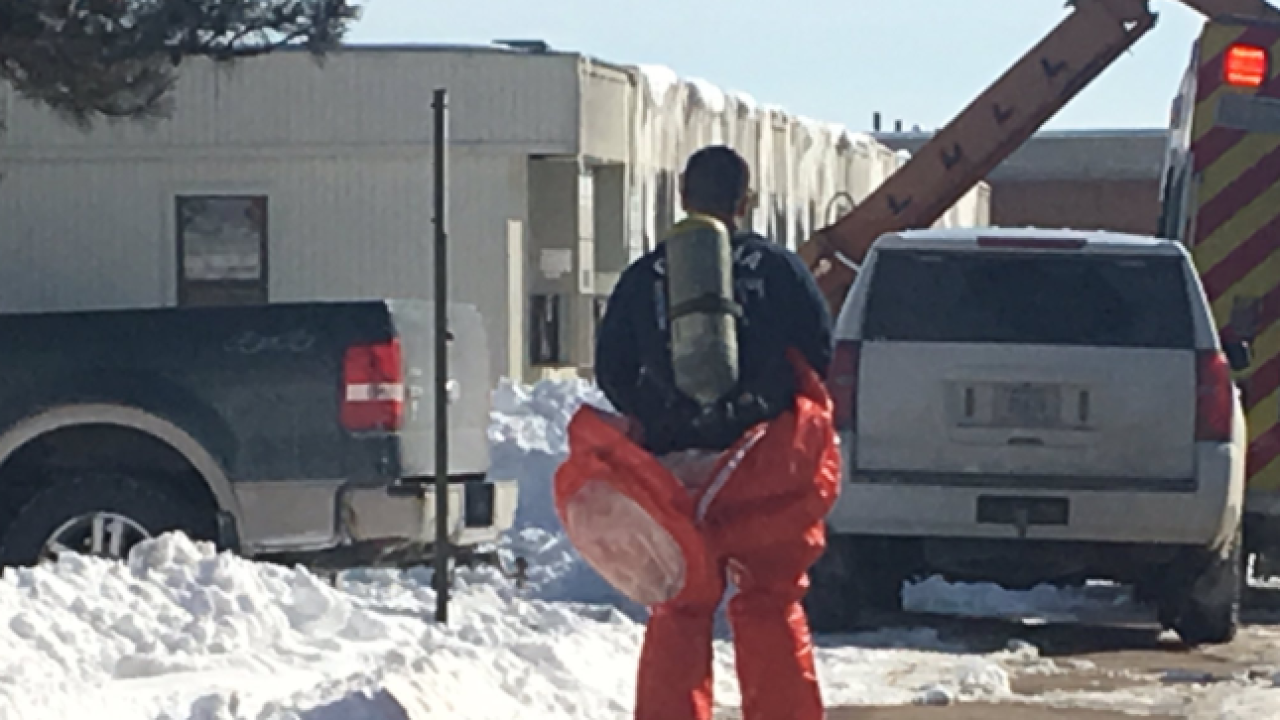 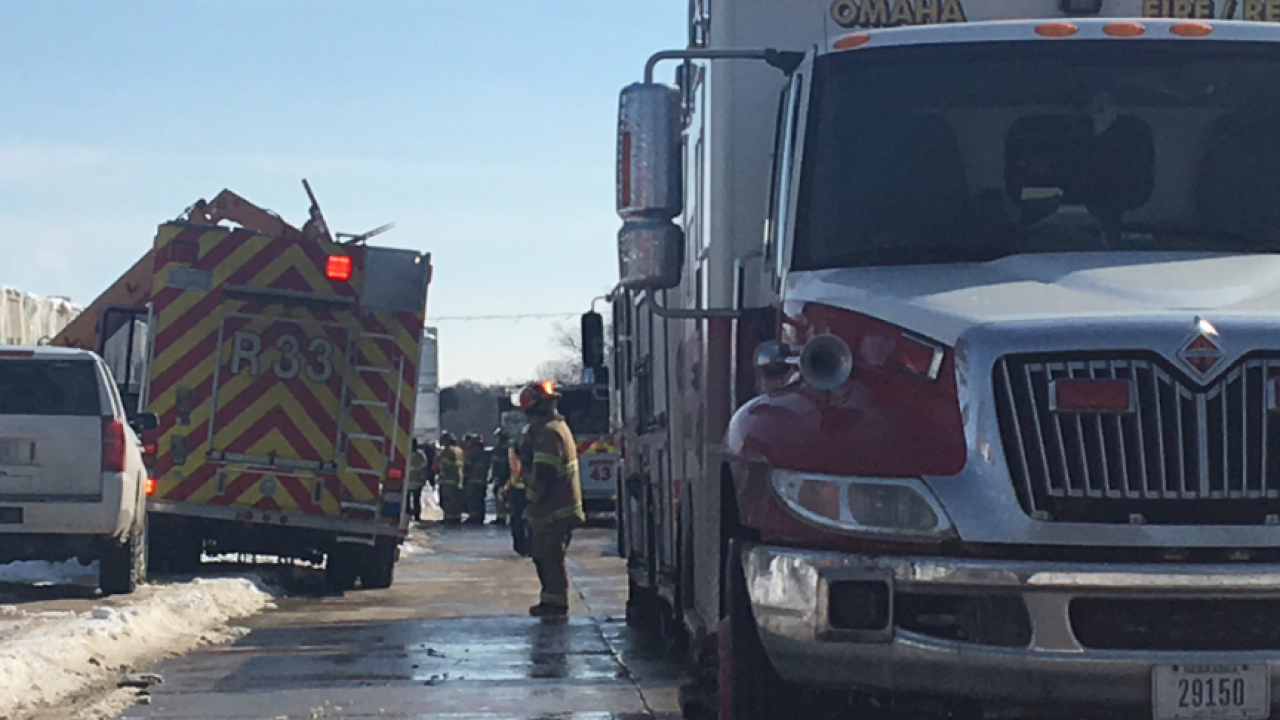 We're live at the scene and will provide updates as they become available.

The Omaha Fire Department said the chemical leak was caused by spilled hydrochloric acid at the construction site on the school's campus. The leak happened underneath the swimming pool.

"Hydrochloric acid can be dangerous but it was in a location where no one was working," said Joe Salcedo, the department's assistant chief. "It was in a pit and in a containment that was meant to contain that so that's where we're at with that."

Students in the area were told to leave their backpacks and other personal belongings in the area until Thrusday. No students or staff were injured in the leak and school will resume as normal Thursday.

The fire department says the leak is contained and the site is in the process of being cleaned up.

UPDATE 4:33 - PARENTS OF NATHAN HALE STUDENTS WERE PROVIDED WITH THE FOLLOWING:

We wanted to update you on the situation that occurred this afternoon. It appears that one of the construction crews hit a chemical tank underneath the pool causing a strong odor in the building. The appropriate authorities were contacted and students in the impacted classrooms were evacuated to other parts of the school.

Although the chemical is not in the building, the strong odor remains. While crews work to clean up the situation, no one is allowed into that part of the building. Therefore, some students will not have their backpacks or coats this evening. Students who were in physical education class may still be in their P.E. clothes.

School will dismiss as normal but parents of students impacted may want to pick up their child.

We apologize for any inconvenience this may cause.