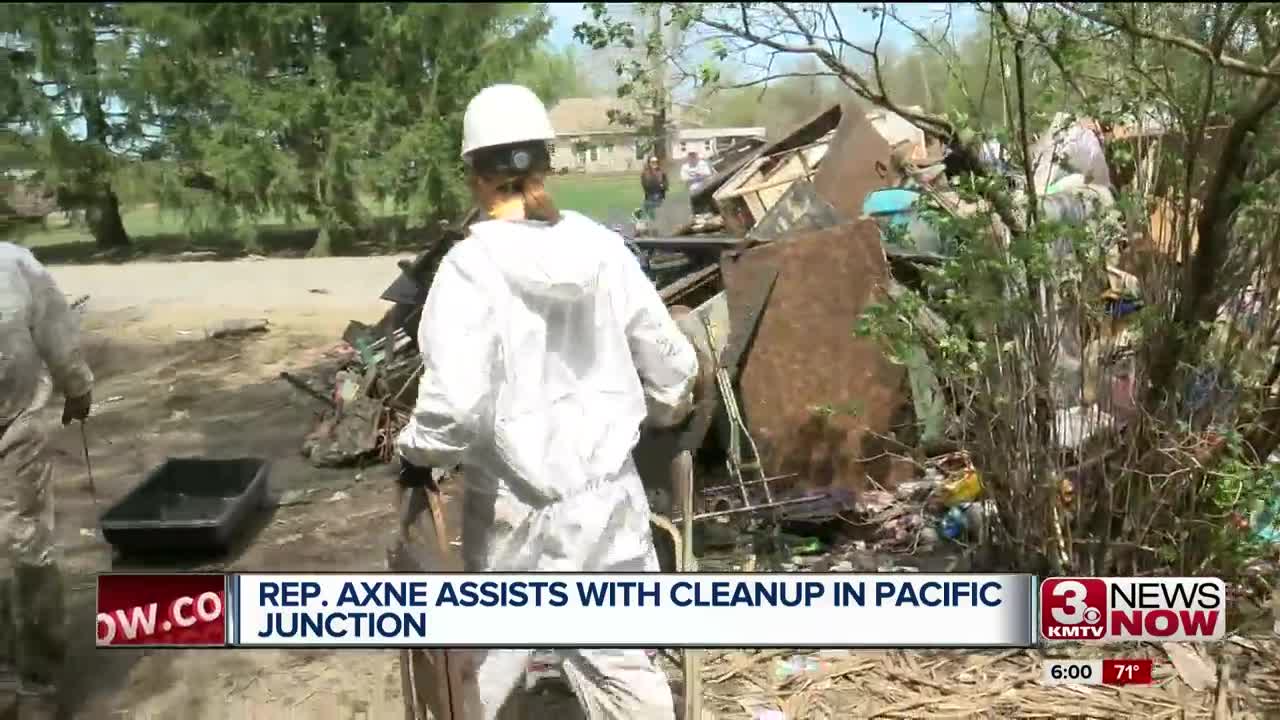 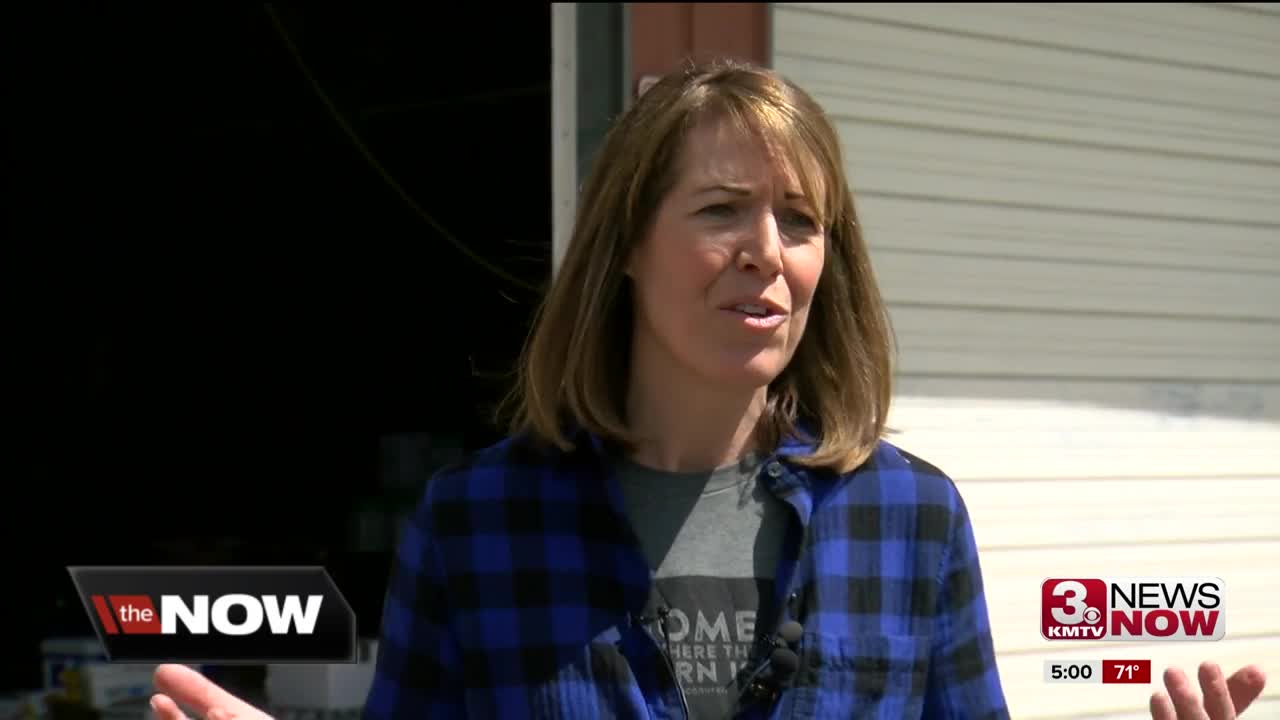 "I'm here to help," said Rep. Axne when talking to a woman about her son's home. "Let's make sure we get his information so he gets what he needs."

Ruby Simms, a Malvern-resident since 2002, had many concerns about how the government handled the flooding.

"Where was our national guard, our military," Simms said. "Not only on Iowa's side but Nebraska. It was mind-boggling and the people of the United States don't understand this."

"It comes down to funding," said Travis Watson, a Pacific Junction resident and Simms' son. "A lot of these people they're either retired or have a fixed income. It's difficult for me so I can't imagine what it's like for them."

Rep. Axne talked with community members for any hour before heading to a house to help with the cleanup inside.

"It doesn't even feel like a congresswoman, it felt like you were talking to your neighbor asking what they could do for," said Pacific Junction Mayor Andy Young. Mayor Young said he wanted to let the congresswoman know about issues his residents are having with receiving FEMA funds and seeing if there was anything she could do to help FEMA approve more relief applications in the town. "I'd like to see people to get property back to the way it was because that's the deciding factor if they leave is if they get the money to rebuild," Young said.

A common concern moving forward in Pacific Junction is the corps of engineer's levees. Rep. Axne says the corps plans to rebuild the levees the same way as before, which will cost a few billion dollars. She says she wants the corps to consider a more holistic approach when rebuilding the levees.

"We rebuild the same way we're going to see flooding again," Axne said. "It's in our best interests to look to rebuild differently so we don't see this type of flooding. We need to work with our homeowners to get our businesses up on higher ground."

While homes might be destroyed, Congresswoman Axne believes not all is lost in Pacific Junction.

"As you can tell from the folks who are here they're resilient and they're going to do everything they can to make sure Pacific Junction has what it takes to survive and be successful," Axne said.

Rep. Axne said that she's taking the fight to Washington D.C., more specifically to the President's office. She says that she's been trying to explain the flooding and the severity of the damage in Western Iowa to President Trump first hand.