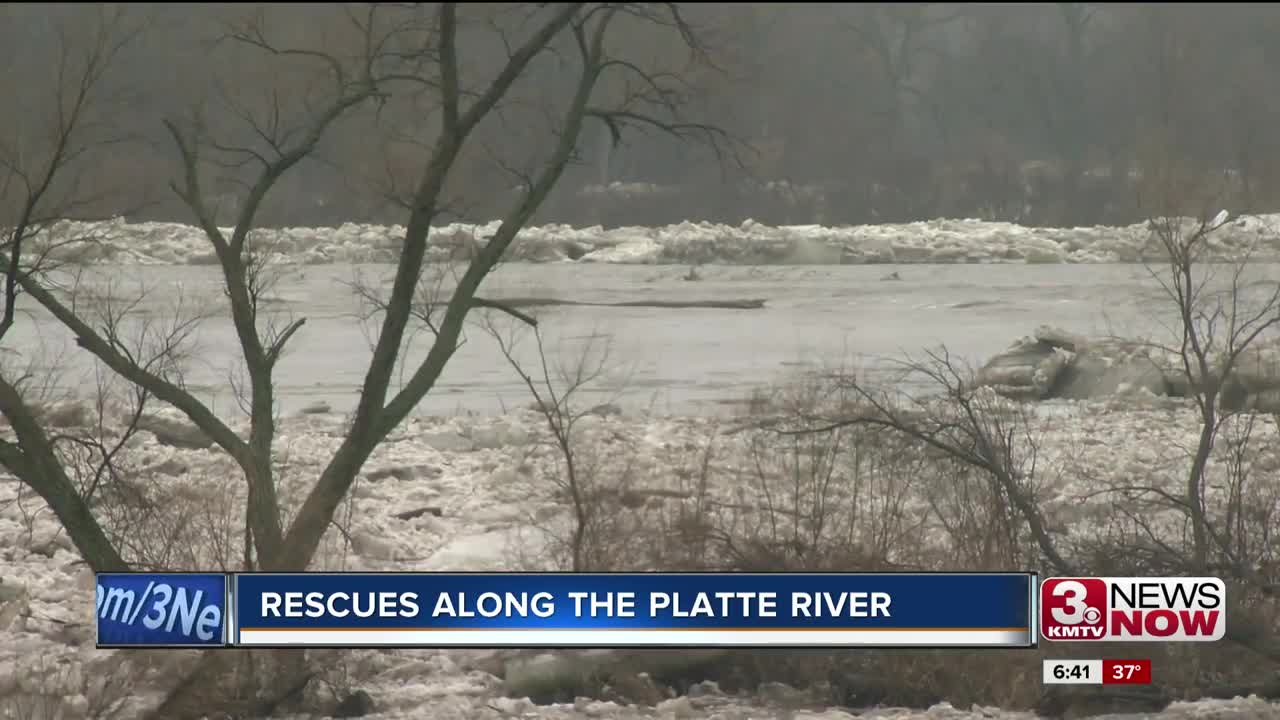 VENICE, NE — UPDATE:
Several rescues took place along the Platte River overnight due to rising waters. “Unfortunately, we cannot force people to evacuate we can only recommend they do evacuate,” said Yutan Fire Chief, Donald Dooley.

Around 2:30 Thursday morning the Yutan Fire Department rescued four people stuck in water on County Road T. As they were wrapping up that scene they had to head over to houses near Highway 92 and the Platte River to rescue people stuck in cabins. Phillip Yoakum was one of the six residents. “We sandbagged, we put all the furniture up on blocks, and took out a bunch of stuff last week and to no avail, when the water came over it was instantaneous,” he said.

His cabin filled with water waist deep causing him to search for higher ground. “I could hear the water and we got up and got our clothes on and wadded to my neighbor's cabin which is a little bit higher ground and waited for the emergency people,” said Yoakum.
Dooley said it’s been years since they've seen flooding this bad. And ice chunks 18 to 24 inches thick could be a problem. “If they were moving they'll take out a house when they hit them,” said Dooley.

Wolford Baker has owned property on the Platte since 1978 and he said the water was three feet higher than it had ever been. “Got up to take a look out and was surprised to see the water up, so I mean it's about three feet higher than it's ever been before kinda surprised it got that high,” he said. His cabin was dry on higher ground. “Fortunately, it looks like it's going down it's down about a foot or better already,” said Baker, “I’ll be back in an hour probably."
Yoakum however isn't sure he will be able to get in quite yet. “I'm waiting for daylight to assess the situation, the river has already receded two feet from where it was but that doesn't mean anything it could go up and down from here,” he said.

Everyone involved in those rescues today made it out safe with no injuries.

Rescue crews from several agencies have been on the scene Thursday morning, saving people from flooded homes along the Platte River near Highway 92.

Around 5 a.m. 911 calls started coming in from families saying their homes were flooding and they were trapped. Rescue teams are using boats to evacuate people to higher ground.

So far we have not heard of any injuries.

3 News Now reporter Alexa Reye gives us an update in a live look.