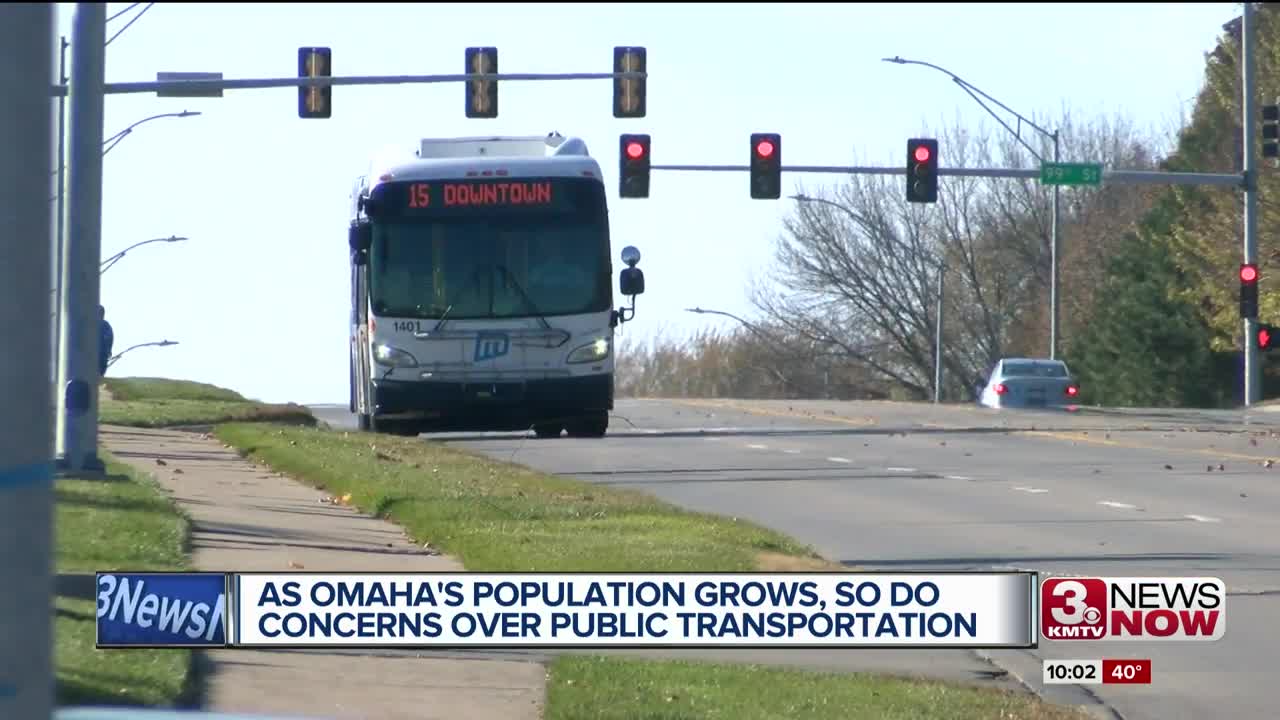 OMAHA, Neb. (kmtv) — The U.S. Census Bureau predicts a steady increase of Omaha's population over the next 5 years.

With that, city planners are focusing on ways to improve public transportation.

However, some people say they're being left behind and hope lawmakers will do something about it.

"I'm a recent disabled person," Omaha resident Anthony Baker said. "I lost my legs and I've been learning to walk since 2017, now."

Baker lost both of his legs from complications with diabetes. He's not only still re-learning how to walk, he is also navigating Omaha's public transportation system - which for him has been an eye-opener.

"The atmosphere - the attitude here is one in which it seems like we're providing a service for you, we are doing something for you," Baker said. ""You should appreciate what we're doing" - as opposed to understanding our needs."

"I like them to be on time and give us time to get outside. We are disabled people. It takes us time to walk," Scott said. "We know we have to be out there and we do our best to get out there, so we just ask them to be considerate."

Long wait times, not knowing their rights as people with disabilities and lack of continuity between agencies are a few more of their red flags.

The pair, along with a few other Omaha residents, joined a transportation forum at First United Methodist Church on Saturday, November 2.

They discussed the future of Omaha's transit systems.

"Public transportation is one of the top issues facing Omaha and we as a society and we as Omahan's have to fix this issue if we're going to grow as a city," State Senator for District 13 Justin Wayne said.

Wayne says a lot of these issues don't just impact Omaha's disabled community. He says long wait times could simply depend on what area of the city you live in.

"North and South Omaha - it's very hard to get to West Omaha in a timely fashion," Wayne said. "It takes on average 45 minutes to an hour to get some places."

Wayne says he is working on legislation to raise revenue to build better transportation infrastructure, especially for those who rely on it the most - like Baker and Scott.

"We have to realize that this service for disabled people is here to provide a service and to help - and sometimes its not that way," Baker said.

We reached out to a few of the ride services to ask about these concerns, and have not heard back yet.