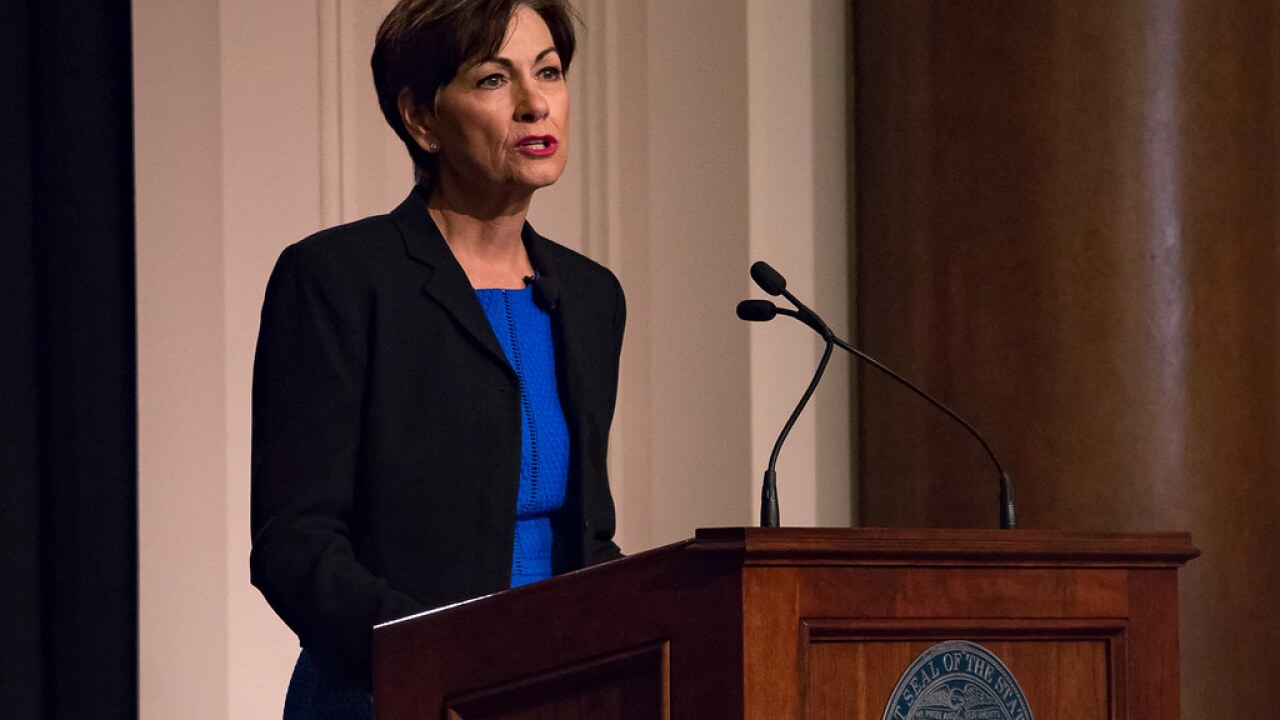 DES MOINES, Iowa (AP) — Iowa Gov. Kim Reynolds has signed a measure into law that gives her greater control over the way judges are selected and weakening the influence of attorneys.

Language making the change was inserted into a larger funding bill approved on the last day of the legislative session.

Reynolds signed it Wednesday with no fanfare, announcing her approval in an email that also noted four other bills.

She says she's proud to sign it "to give all Iowans a greater voice in the process."

The majority of the 17-member state judge nominating commission members will now be picked by the governor - she will chose nine while lawyers will chose eight.

The commission nominates finalists for the Iowa Supreme Court and the Iowa Court of Appeals and submits them to the governor, who makes the final choice.

Democrats accused Republicans of trying to stack the courts in their favor after losing cases involving abortion and same-sex marriage.

Iowa is among at least four states where Republican lawmakers moved to lessen the role of attorneys on judicial nominating panels.