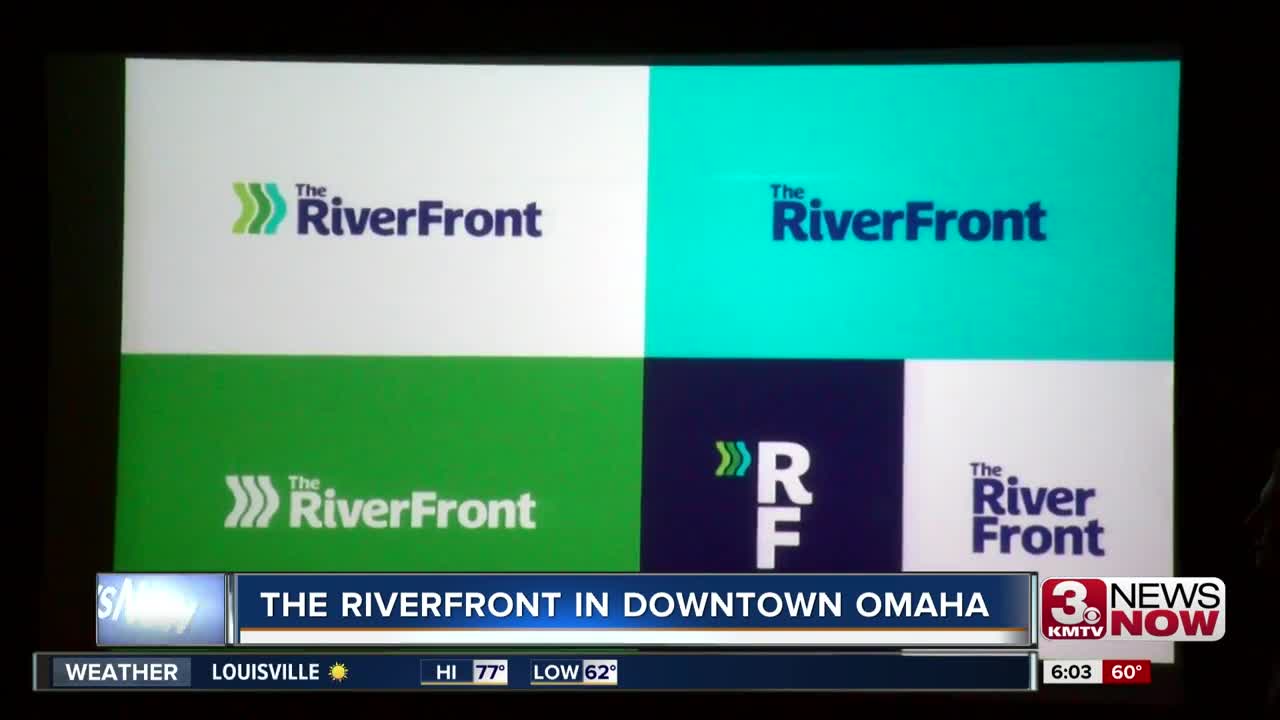 MECA has given a new name to the Riverfront Revitalization Project.

OMAHA, Neb. (KMTV) — The area of the Riverfront Revitalization Project has been given a new name and logo from MECA. The area will now simply be known as "The Riverfront."

The brand will be used in conjunction with the Gene Leahy Mall, Heartland of America Park, and Lewis & Clark Landing. The name has already been approved by the city's Naming Committee and will go before the City Council for a final vote.

Following Council approval, the brand will start to show up in placements throughout downtown as construction on the project progresses.

"We didn't want anything too complex alongside Gene Leahy Mall, Heartland of America Park or Lewis and Clark Landing," Jessica Jarosh said, Head of Account Leadership at Bailey Lauerman. "And, then just with research, many people already refer to it as the Omaha Riverfront, and we're just looking for new and exciting ways to get back down to the riverfront as that area expands."