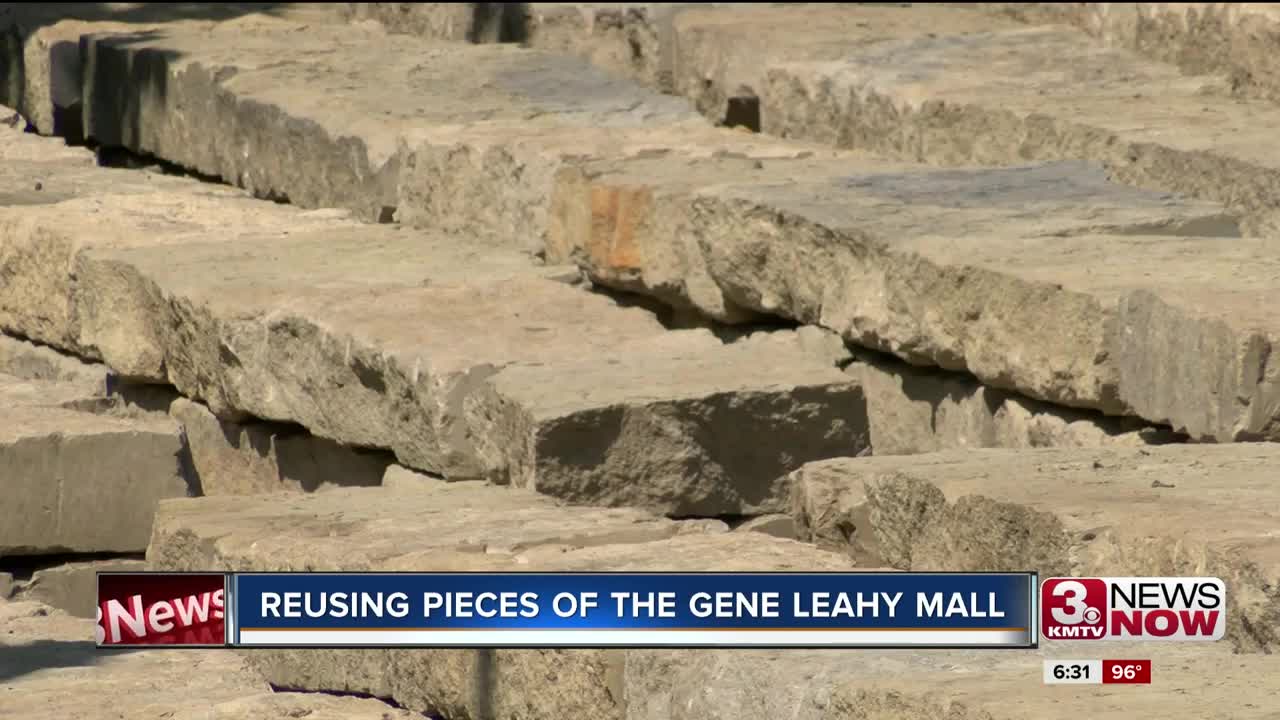 OMAHA, Neb. (KMTV) — The Riverfront Revitalization Project is going strong in downtown Omaha. However, with all of the construction, there are a lot of waste products associated with the project. In an effort to reduce the waste, several materials from within the Gene Leahy Mall are being carefully salvaged for reuse at other city parks.

“Just because it's fulfilled its purpose here, doesn't mean there's not use for it elsewhere in the community,” said HDR Sustainability Director, Marcella Thompson.

When it comes to the Riverfront Revitalization Project sustainability is key. Thompson said the best way to do that is by reusing material that is no longer needed at the mall. “When you think about the volume of materials that are being managed at this construction site, it's a lot so it takes our team to put some upfront thought in where we can use new things,” she said.

Omaha Parks and Recreation Director, Brook Bench said ten to 15 parks across the city are going to see pieces of the Gene Leahy Mall. “The park's been here for over 40 years and there's so many things here that we've incorporated that we can use in other places,” he said. Most will be reusing the limestone.

Hummel Park Day Camp used it for all new seating, a project that would usually cost $30,000 to $40,000. “We've also done a big project at Levi Carter park, with that limestone, we're incorporating it into the Brown Park master plan,” said Bench.

As one thing is removed from the mall it finds a new home at a different Omaha park. “The easy answer is just to landfill but it's not necessarily the case when we're handling such big volumes of materials, it doesn't take that much effort to segregate them as they're being deconstructed and find new homes for them,” said Thompson. “We've moved all the art out and that is being spread out to areas of the city that have never had any public art,” said Bench.

Both Bench and Thompson agree, everything that can be reused will be. “This park is the park that keeps on giving,” said Bench.

This project is the first in Nebraska to be registered with the Institute for Sustainable Infrastructure as an envision registered project which is a sustainability rating system.

While many things are being moved out of the mall a few key items will stay the same:
-the two slides
-arch ways
-refurbished orange lights
-honey locust trees
-400 trees replacing the ones that were taken out
-Heritage statue