Roadside memorial in Papillion must be removed by July 19, city says 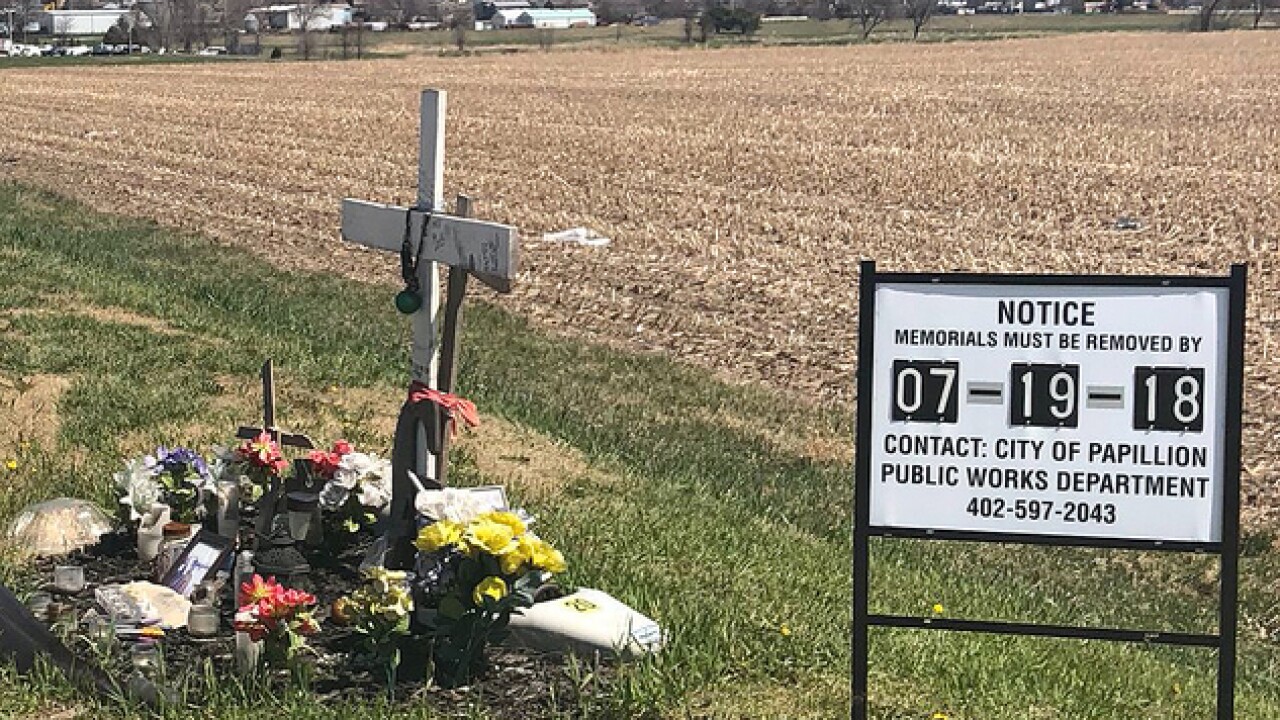 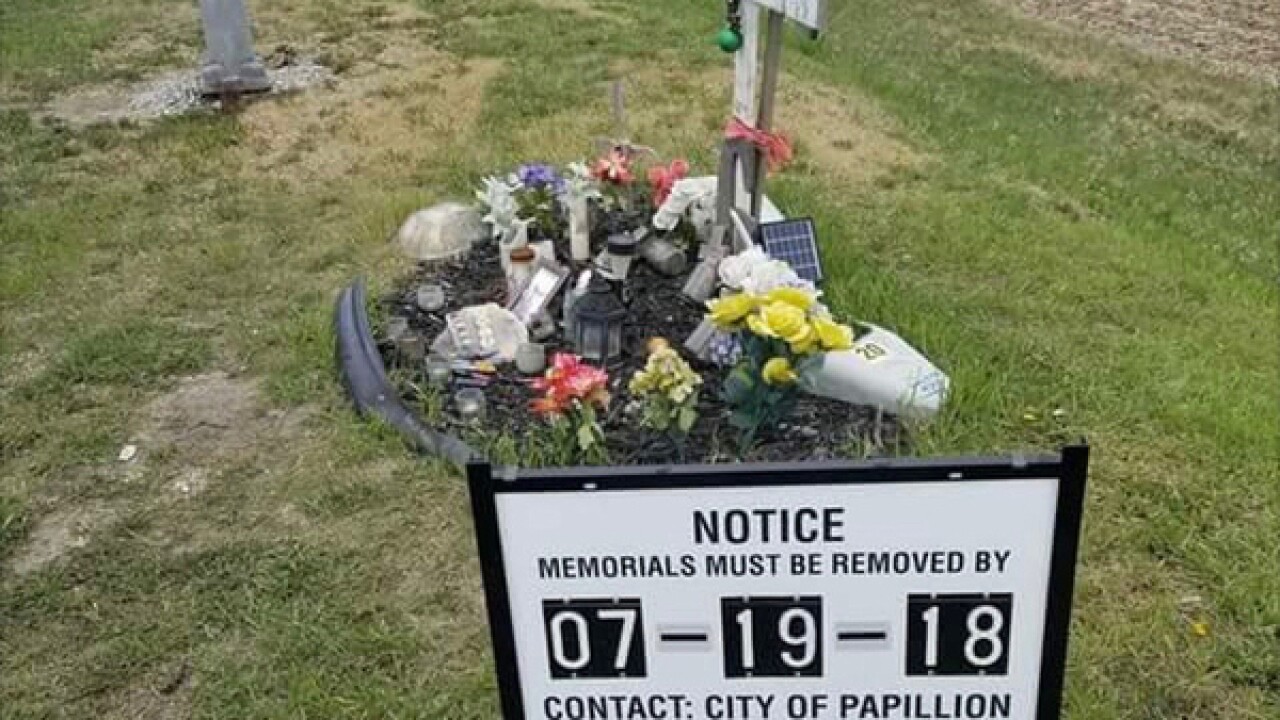 A sign posted recently at the site of a 2017 fatal crash near 72nd Street and Cedardale Road says the roadside memorial must be removed by July 19.

The memorial site honors of Gregory Polinski, killed in a crash at that location last June.

According to the city, which limits the amount of time a "temporary sign" can remain, says memorials like this one are a safety concern for drivers.

Now, after a year the City of Papillion is ordering the removal of the memorial near 72nd and Cedardale which has stirred up many opinions within the city.

"It's nice to be able to be reminded of how many people love him," said Cheyenne Anderson, Polinski's best friend. "It's nice to see his face and be where he was."

"How sad would it be that your are here visiting the only place you know to visit and another accident happens and takes your life," said David Hellbusch. "When I first saw it, I was heading southbound before the police even arrived, and the car was down in the ditch on it's roof."

Hellbusch says although he feels for the family, it's a distraction for other drivers.

"On the side of the road is not a place to do that, that's what cemetery's are for," said Hellbusch.

Hellbusch says it's an even bigger problem for city workers.

"It's not easy for the ground crews to go through this and mow with big giant tractors, and try to maneuver around this, it's a pain in the butt," said Hellbusch.

Those for it say Polinski's memorial is a reminder for drivers about about the dangers on the road.

"It's a great remembrance for the family, but it also lets drivers know this is a dangerous spot so be careful," said Katherine Palmer.

Some say it's no different than a street sign or a billboard.

"If they are going to do something they should do it for all of them," said Jane Valerius.

Anderson says taking down this memorial also takes away the memories she has left of her best friend.

"I think it's hurtful and selfish and disrespectful," said Anderson.