Rollover vehicle hanging over I-80 EB leads to ramp closure 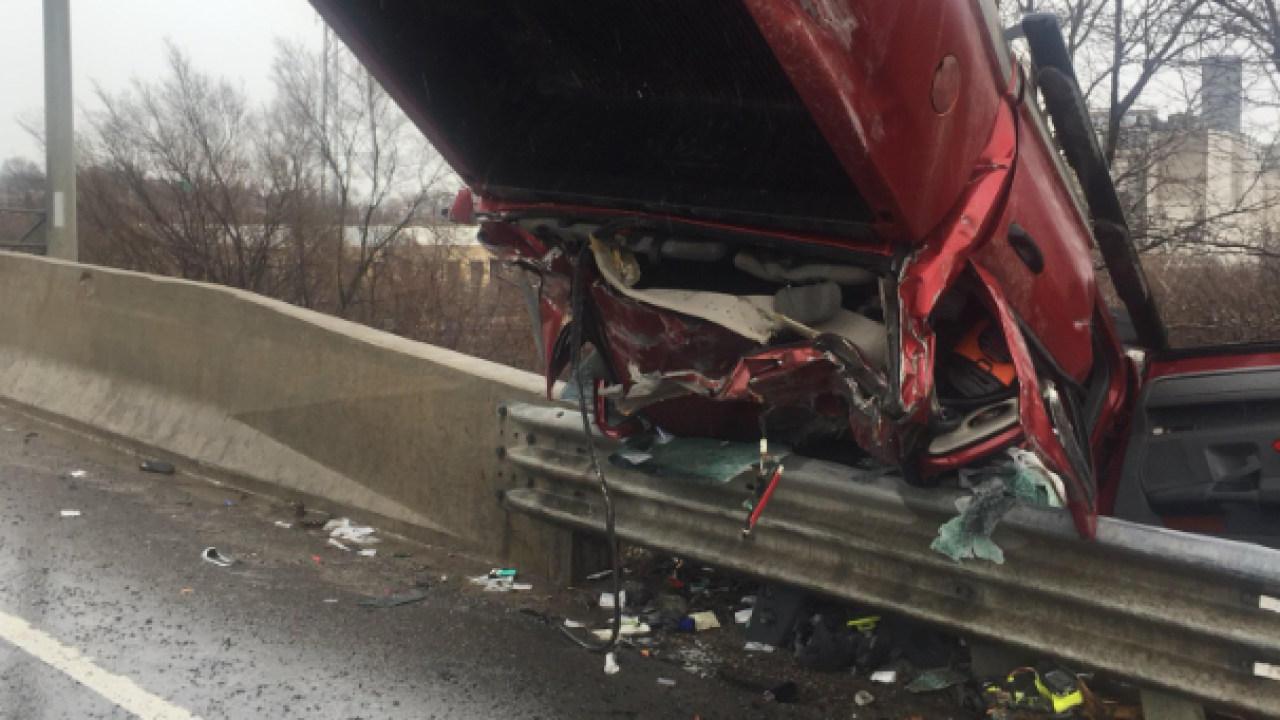 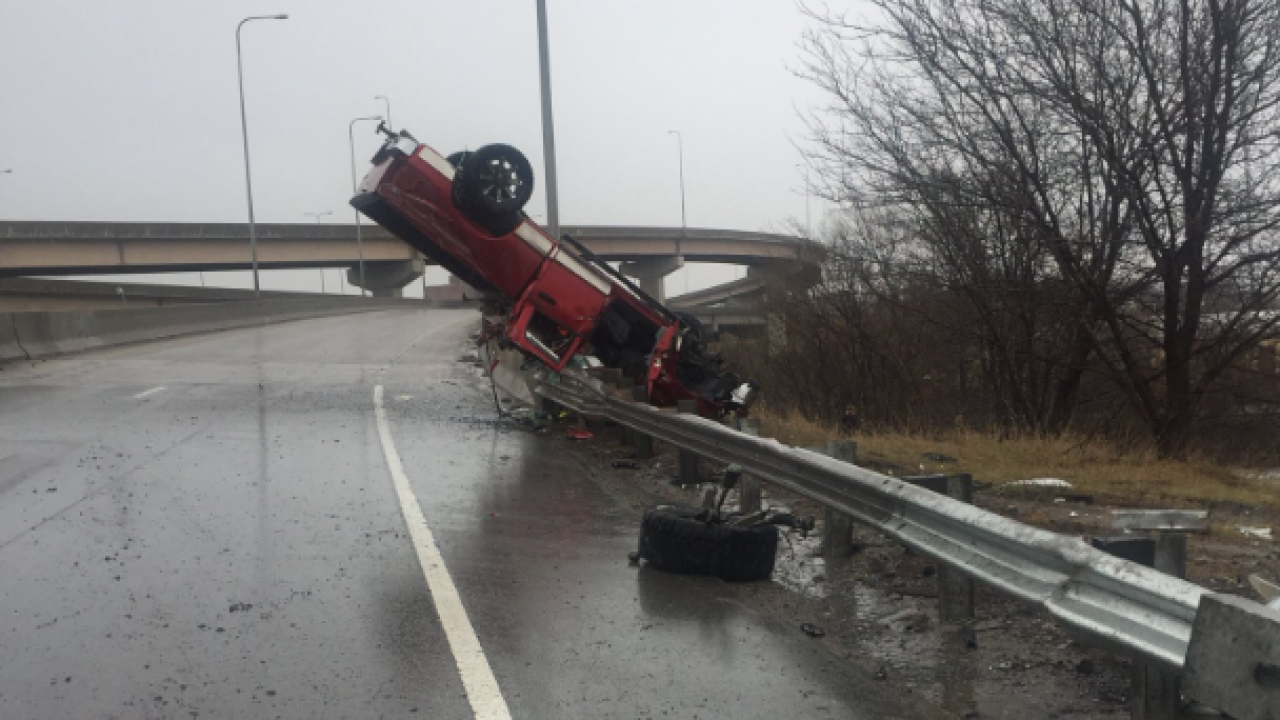 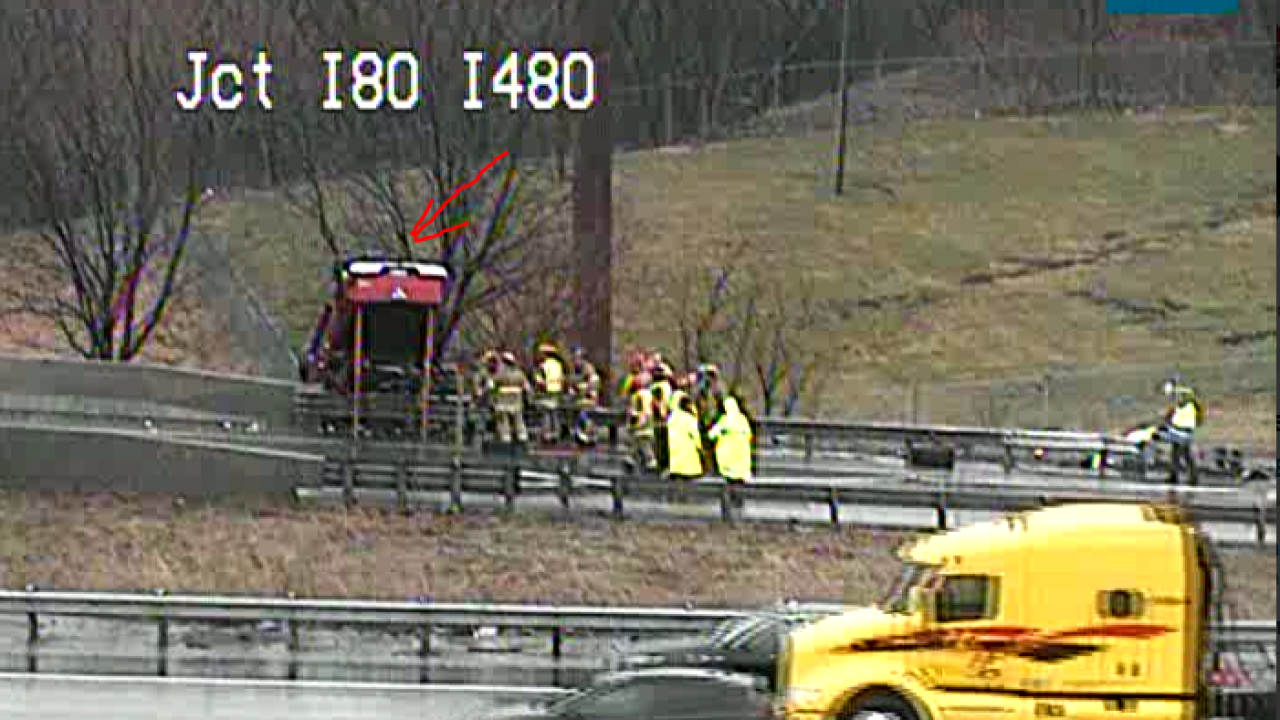 OMAHA, Neb. (KMTV) — A rollover crash has led to a ramp closure on I-80 eastbound.

The Nebraska Department of Transportation says the I-80 EB to Highway 75 South ramp is closed. They say drivers should expect delays an to take alternate routes.

#omaha #douglascounty Vehicle accident on I-80 EB to Hwy 75 South ramp is closed, due to roll-over. Use alt route. Delays expected. pic.twitter.com/mz0Rf8NjxC

On Fri 29 Mar 19 at 1336 hrs, officers were dispatched to a personal injury crash at I-80 East to JFK South ramp. The investigation revealed that a 2006 Dodge Ram made a sudden lane change, lost control and struck the bridge attenuator and guardrail. The Dodge then overturned. Omaha Fire Department extracted the pinned, unrestrained driver from the Dodge. OFD Medics transported the driver / lone occupant to Nebraska Medicine with possible serious injuries.

The Dodge driver was identified as:
Curtis Ahl (7-9-84)
Omaha, NE
Ahl is being treated for a broken hand and head laceration. Ahl was cited for collide fixed object and no seat belt.

The ramp was closed until 1530 hrs. The Nebraska State Patrol and Nebraska Department of Transportation were on scene. NDOT advised this crash barrier had just been replaced 24 hrs ago from a previous crash.