President hit back on remarks Sasse made about him 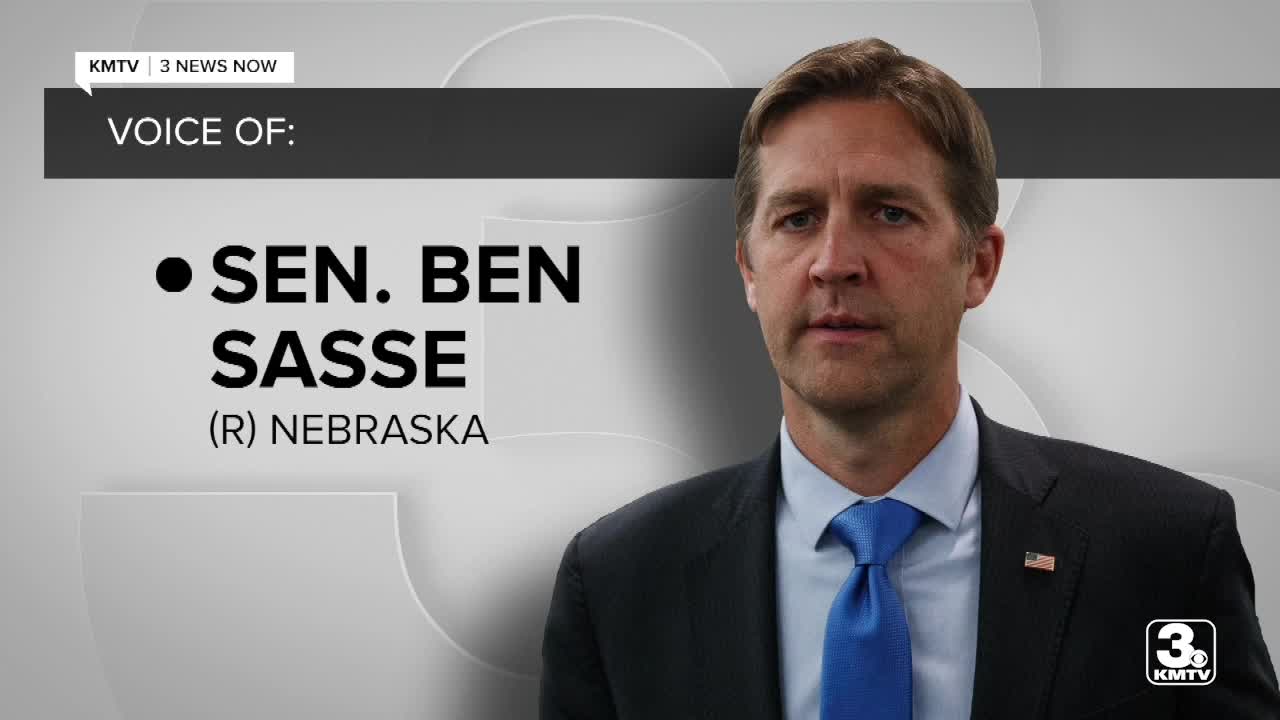 In a recent chat with Nebraskans, Senator Ben Sasse did not hold back.

....practically nothing. Both Senators became totally unelectable, couldn’t come even close to winning their primaries, and decided to drop out of politics and gracefully “RETIRE”. @SenSasse could be next, or perhaps the Republicans should find a new and more viable candidate?

...Nomination to run for a second term. Then he went back to his rather stupid and obnoxious ways. Must feel he can’t lose to a Dem. Little Ben is a liability to the Republican Party, and an embarrassment to the Great State of Nebraska. Other than that, he’s just a wonderful guy!

In a recent chat with Nebraskans, Senator Ben Sasse did not hold back.

A recording of the town hall was released this afternoon by the newspaper the Washington Examiner.

“I’m now looking at the possibility of a Republican bloodbath, and that’s why I’ve never been on the Trump train,” says Sasse.

Sen. Sasse was asked by a constituent about his relationship with President Trump.

Sasse first said he has a good working relationship with the president. and complimented his picks on judicial nominations.

Then he hit Trump on foreign policy, saying he sells out our allies.

“The way he kisses dictators butts, I mean the way he ignores the Uighurs are in literal concentration camps, in Xinjiang right now. He hasn’t lifted a finger on behalf of the Hong Kongers,” says Sasse.

He also said the president spends like a drunken sailor, and that he mocks the same people that vote for him.

“He mocks evangelicals behind closed doors, his family has treated the presidency like a business opportunity, he’s flirted with white supremacists,” says Sasse.

He also says the president refused to treat covid seriously for months.

“First he ignored covid. Then he went into full economic shutdown mode. He was the one who said, 10-14 days of shutdown would fix this and that was always wrong.”

Sasse has been a Trump critic since putting out a Facebook post in February of 2016, in which he said he can’t support Donald Trump.

He wouldn’t say last week in an interview with 3 News Now whether he’d vote for Trump, with Sasse saying he’s focused on the Senate.

The newly released audio, Sasse says what some other Republicans have mentioned lately.

“It has always been imprudent for our party to tie itself to a Trumpian brand, and that’s what I’ve been worried about for five years,” says Sasse.

Finally, Sasse fears that young people and women will forever abandon the GOP.

“It’s going to be what the heck we’re any of us thinking about selling a tv obsessed, narcissistic individual to the American people was a good idea.”

In an emailed response, the executive director for the Nebraska GOP, Ryan Hamilton, says he disagrees with Sasse, and they still endorse Trump and Senator Sasse.

“Even if Senator Sasse's criticisms of Trump were 100% accurate--and there is room for disagreement on the points raised--it still would not justify a vote for Joe Biden,” says Hamilton.

Sasse's office provided the following response from the senator:

"I've said this a million times over the years: When we agree, the President and I work together -- on stuff like Judge Amy Coney Barrett who is a total rock star. When we disagree, I'll tell Nebraskans what I believe." Senator Ben Sasse

James Wegmann, a spokesman for Sasse also provided a statement:

You can listen to the whole recording below.