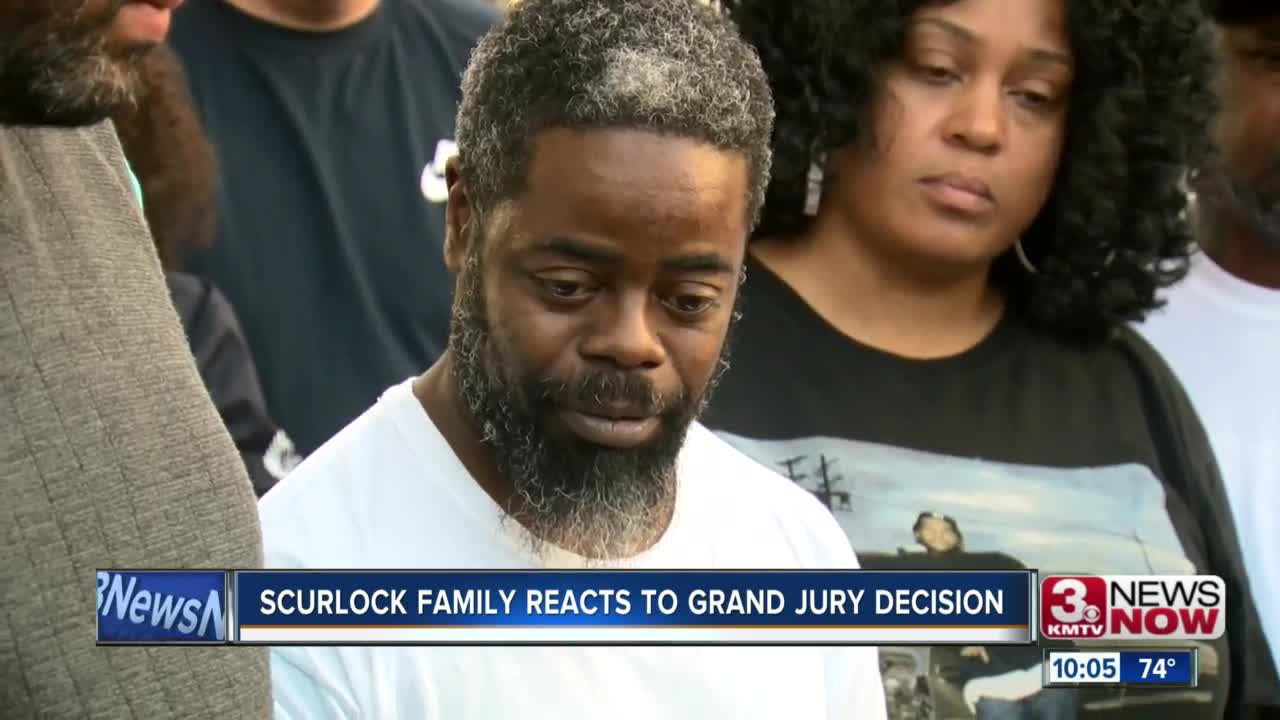 Immediately after the grand jury's decision was announced to indict Jake Garnder, the Scurlock family – along with their attorney, Justin Wayne -- reacted.

They say justice has not been served. Rather, this was a moment of luck.

"It's a tale of two cities. The fact that he was lucky enough to know someone that worked on petitions to find an attorney that could go the petition route to call a grand jury. Most people don't have that luxury,” said Wayne.

Law enforcement that scattered across streets of downtown Omaha prepared for protests but were met with silence.

Scurlock's family asks supporters to keep that peace and give the process a fair shot.

"You can’t cure violence with violence. Trust me, I grew up in violence. There is no way that's a cure. You don't heal the sick by making them sick, you give them a medicine. And the medicine in this case is communication,” said Scurlock’s father.

Kleine had released Gardner of all charges, yet also filed a petition for a grand jury to review his decision.

"There is a difference between a charge that is based on probable cause and the final conviction that is proving to a jury beyond a reasonable doubt,” said Kleine.

Justin Wayne says this decision does not bring James Scurlock back, and that black men normally don't get a second look.

"The fact of the matter is if you are black growing up in Omaha and if you brandish a gun and you run from the cops and you threaten someone... you don't walk away with a 200 dollar fine for disorderly conduct,” said Wayne.