Second day of protests take place at 11-Worth Cafe 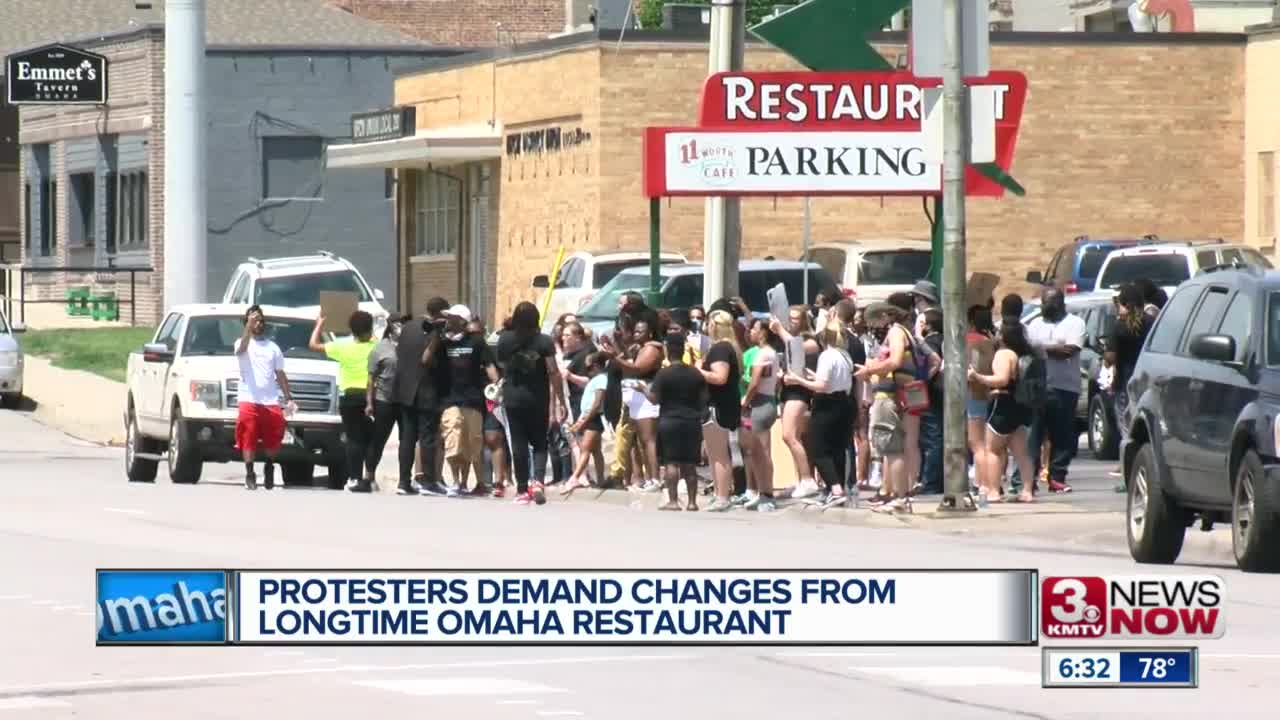 Why people are protesting at a local restaurant and what the restaurant said in response.

OMAHA, Neb. (KMTV) — JUNE 15 UPDATE: According the restaurant owner's sister, the establishment will be closed for now. A date to reopen is unclear.

People gathered for a second day outside of 11-Worth Cafe on Sunday to protest after screenshots of racist Facebook posts made by the owner's son, Tony Caniglia III, circulated online. The owner's son is also an employee at the restaurant.

The restaurant near 24th and Leavenworth closed early Sunday amid the protest and officers escorted customers and employees to their cars.

The owner of the restaurant, Tony Caniglia Jr., declined an interview on-camera but told 3 News Now reporter Sydney Gray that he and an organizer of the protest had been talking all morning.

David Mitchell, an organizer of the protest, said there's also an issue with a menu item named after Confederate General Robert E. Lee, which has been served at the restaurant for decades.

Isaiah Calloway, another organizer, said another reason they protest is so the owners understand that it's not okay to have slavery recognition on their menu.

Protesters want the menu item removed and replaced with the name of a black leader.

Tony Coniglia, Jr. told 3 News Now that after several attempts to negotiate with the protesters nothing was accomplished.

In A Facebook livestream of the talks, a representative of the protesters is heard asking for the owner to donate money to the Malcolm X Foundation in Omaha. When contacted by 3 News Now, the foundation said it was not involved in this protest and did not want any money from the cafe's owner.

A second day of protests are taking place at 11-worth cafe. I’ve spoke with a couple organizers who say they’re still negotiating demands w the owner. pic.twitter.com/GYktGOAtO6

The restaurant was supposed to close at 1 pm. A few customers were still inside when I talked to owner. Officers now escorting customers to their cars. pic.twitter.com/MwPByZTHsW