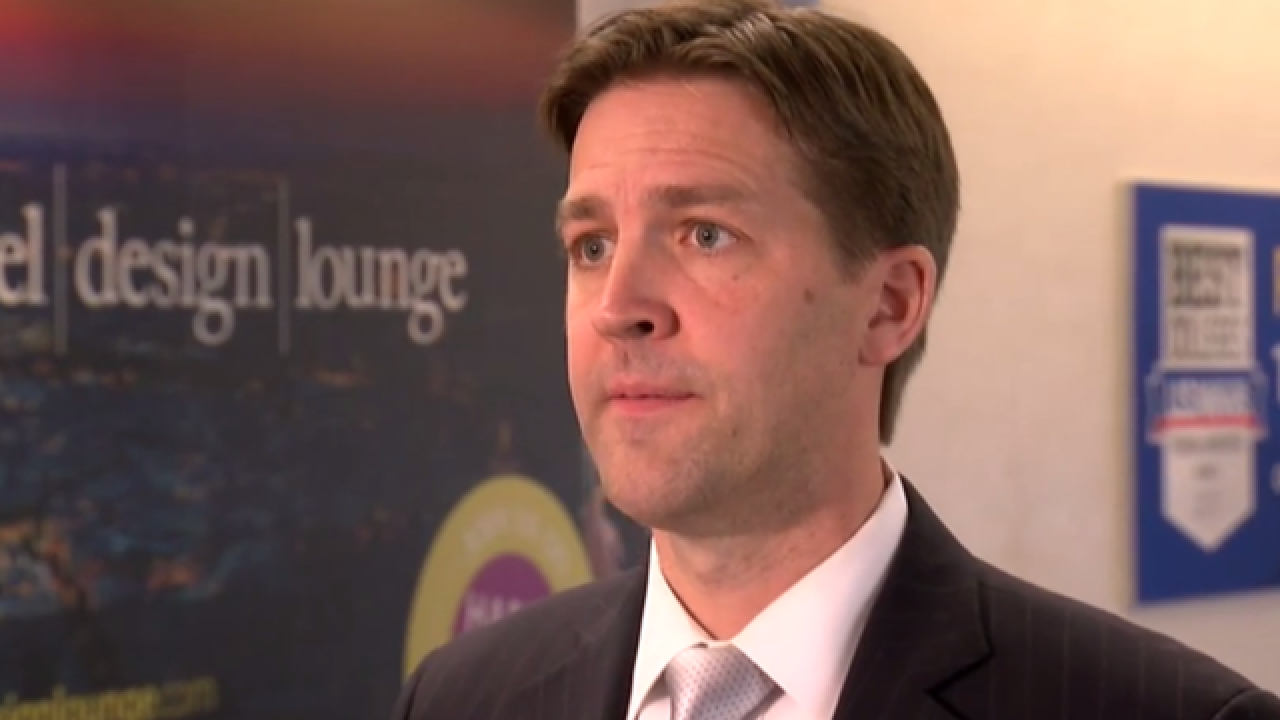 U.S. Senator Ben Sasse joined others in the Republican Party looking for answers about the immigration status and criminal history of Cristhian Bahena Rivera.

“These are central questions that deserve public answers,” said Senator Sasse in a release. “This isn’t the first tragedy to befall our communities. We need to make sure that warning signs weren’t missed as they have been before. This oversight work is important.”

Sasse penned a letter to Ronald Vitello, the Deputy Director of the U.S. Immigration and Customs Enforcement.

You can read the full letter below:

On July 18, Mollie Tibbetts, a rising college junior, went out for a jog. That was the last time any of her friends and family saw her alive. After a tense month of searching and holding out hope that she might be alive, police on Tuesday arrested and charged Cristhian Bahena Rivera for her murder after he led investigators to her body, which he had dumped in a cornfield. According to news reports, Rivera chose his victim apparently at random, abducting and murdering her before dragging her body from his trunk to hide it in the field. Local law enforcement indicates that Rivera is illegally present in this country, though his attorney disputes this characterization of his status.

Troublingly, this case is far from the only such tragedy to befall the Midlands in recent years, as I have brought to the attention of your predecessors in both the current and previous administration. In January of 2016, an illegal alien,

Eswin Mejia, was street racing while intoxicated in Omaha when he violently crashed his pickup truck into the back of another vehicle. Inside the other vehicle was Sarah Root, who had graduated

college just hours before. Ms. Root was rushed to the hospital, where she died from her injuries. In light of Mejia’s past encounters with law enforcement that included a skipped court hearing and a subsequent warrant issued for his arrest, Omaha police requested that the Obama administration detain Mejia, but it refused to do so, allowing Mejia to disappear. He remains at large, and Ms. Root’s grieving family and friends have been deprived of justice.

In July of 2017, on a Wednesday afternoon, Nemias Garcia-Velasco—an illegal alien who was who was removed from the United States more than half-a-dozen times and was convicted of falsely claiming U.S. citizenship—was driving at a speed of more than 100 miles per hour on Interstate 80 approaching the Interstate 680 split in Omaha, one of the busiest interchanges in our state. He lost control of the vehicle, hitting a guardrail and a bridge abutment before the van rolled and was engulfed in flames. The crash killed one man and injured a 16-year-old boy. After Garcia-Velasco was taken to the hospital, his blood alcohol content was measured at more than three times the legal limit.

In January of this year, an illegal alien named Vismar Carmona-Martinez crashed his car into another vehicle on U.S. Highway 75 in Omaha. The collision killed the driver of the other vehicle, Ann Smock, a grandmother of 9, soon to be 10. According to officials, Carmona-Martinez was speeding and drinking at the time of the crash, registering a blood alcohol level that was three times the legal limit at the time of his arrest on the scene. Moreover, according to news reports, Carmona-Martinez had posted a video to social media earlier in the evening showing him drinking behind the wheel.

These cases from our communities form a heartbreaking pattern of dangerous illegal aliens being allowed to remain in this country for years, with deadly consequences for innocent people. This threat to public safety must be addressed. It is the responsibility of ICE to ensure that illegal aliens that pose a danger to public safety are successfully and permanently removed from our communities, and I am eager to work with the administration to address this problem.

In light of these events, please answer the following questions:

Please respond in writing within the next 15 days. If you have any questions, please contact my staff at (202) 224-4224 and know that I am eager to work with you to ensure your answers do not compromise any ongoing investigations or other sensitive law enforcement activities. I look forward to your prompt response.