Nebraska companies with 15 or more employees are legally required an appropriate facility for breastfeeding or expressing breast milk. Nebraska's state capitol building has around 1,000 employees when its in session.
Posted: 10:41 AM, Mar 07, 2019 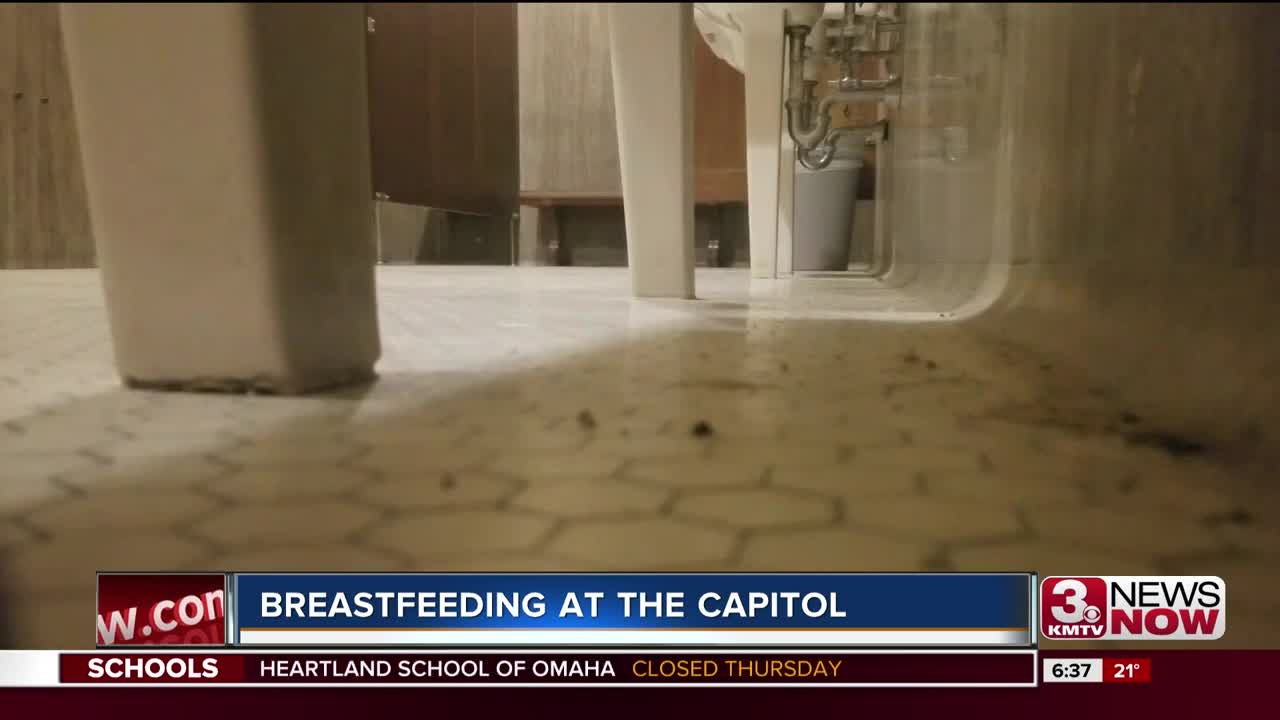 LINCOLN, Neb. (KMTV) — On the first floor, past the gift shop, next to the construction is a bathroom. In that bathroom is a stall. The stall has a chair, a counter and an outlet. Senator Machaela Cavanaugh says that stall is where she was told she could pump breast milk for her baby.

"That's when I found out there wasn't really an appropriate space," said Sen. Cavanaugh.

MilkWorks director Angie Cantrell says a pumping room needs to have at least a lock, a chair, a table and be separate from a bathroom.

In 2010 the Patient Protection and Affordable Care Act amended Section 7 of the Fair Labor Standards Act. This amendment legally required all U.S. companies with 50 or more employees to provide a space other than a restroom to workers to pump breast milk.

In 2015 Nebraska took this law a step further with LB 627. Under Neb. Rev. Stat. 48-1101, Nebraska companies with 15 or more employees provide an appropriate facility for breastfeeding or expressing breast milk. Nebraska's state capitol building has around 1,000 employees when its in session.

"We didn't build it for that purpose. We never did... Whether they have used it because it's more convenient instead of displacing one of their fellow employees from their office space, I really don't know," said capitol administrator Bob Ripley.

Ripley says the stall was built five or so years ago as a mother's room, not a lactation station, "To have a place for any kind of family activity they would have wanted just to get the kids together, sit them down, quiet them, have a time out moment, to be able to perhaps change a diaper, or whatever activity a mother would choose to do."

Ripley claims the capitol is not breaking the law because each individual branch makes sure working mothers have a space when they need it.

"A couple of my staff have volunteered their offices for nursing mothers who are housed in the tower, who maybe the offices were all in use on their floor and so it was inconvenient... we made other agencies in the tower aware if they run into a problem during the period that this function and use might be necessary, they can come down into our office," said Ripley.

While Sen. Cavanaugh has her own office, she says she and all the other female senators are backing LB 709 for the people who don't have their own space.

"This is for other people who work in the building or when we have mothers visiting the building, which often times happens. You know, this is the people's building, so we want this to be accessible to those that are coming in and representing their voices," said Sen. Cavanaugh.

Now, Ripley says the capitol is ordering a portable lactation station. One station costs $20,000 and will be available for the roughly 100,000 people who visit every year.

"It could be available as soon as two to three months, that's provided the agency that has a function in this very space has an alternate location for a copy center," said Ripley.

If that agency does not have a place for its copy center, Ripley says the station may not be available until sometime next year.

In the meantime, Ripley says visiting mothers can use the bathroom or ask someone at the capitol if they can borrow their office.

3 News Now reached out to all the state capitols in the Midwest. Every state capitol building except Indiana and Nebraska did not have a designated room for mothers to express milk.

Sen. Cavanaugh's bill has a hearing scheduled for March 15th before the Government, Military and Veterans Affairs Committee.