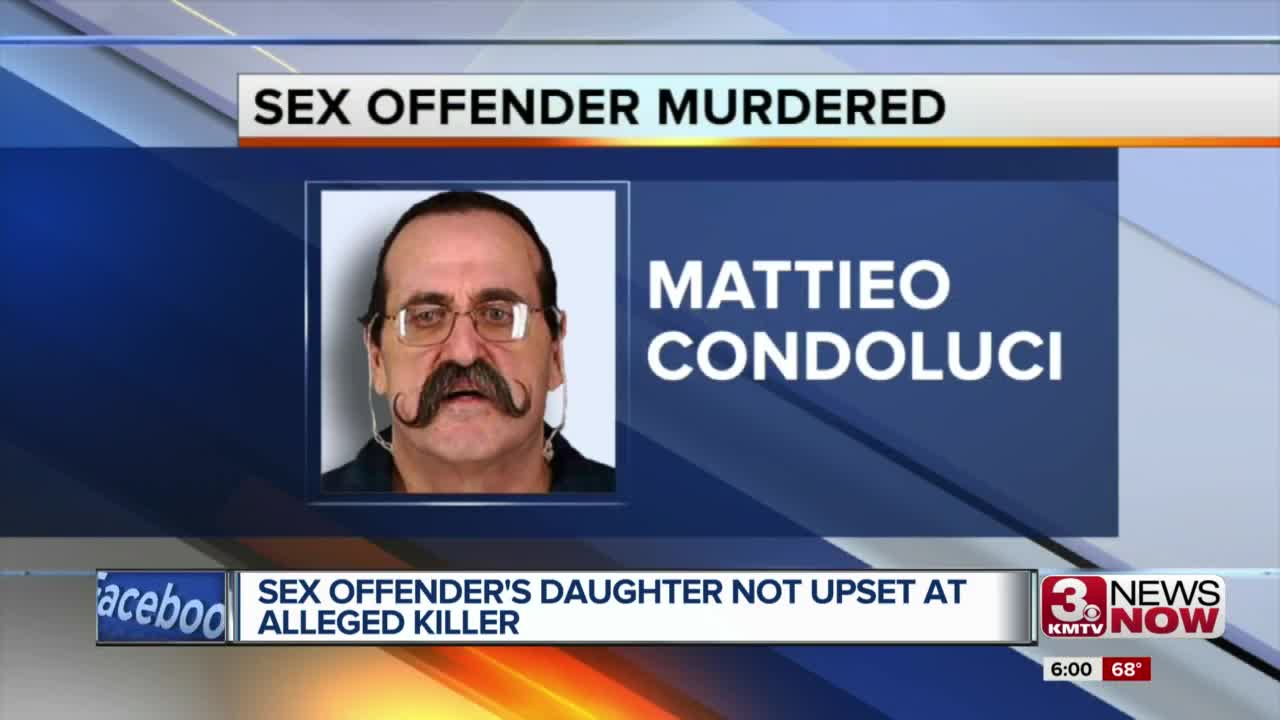 OMAHA, Neb. (KMTV) — The daughter of the registered sex offender found dead inside his home over the weekend says she doesn’t have any ill will towards her father’s alleged killer.

On May 16, Mattieo Condoluci, 64, was found dead inside his home near 43rd & Pinkney St. James Fairbanks, 43, was arrested for murder.

Prosecutors say Fairbanks sent an anonymous email to the media including KMTV. It says he was looking for an apartment in the area, knew of Condoluci’s past, and saw him staring at children. The letter stated he’d seen the impact abuse has on kids, and couldn’t let Condoluci victimize anyone else.

“It’s a horrible thing that he chose to be the one to give up everybody he loved just to try to protect children that aren’t even his,” Henry explained.

Condoluci served about 1 1/2 years in prison of a 5 year sentence for sexually assaulting a child in Sarpy County in 2006, and was convicted of similar crimes on a child in Florida in 1993.

Fairbanks has not had an initial court appearance or been formally charged.

Support on social media keeps coming in for Fairbanks. People are petitioning he be released from jail, and they’re trying to raise money to help pay for his defense attorney.