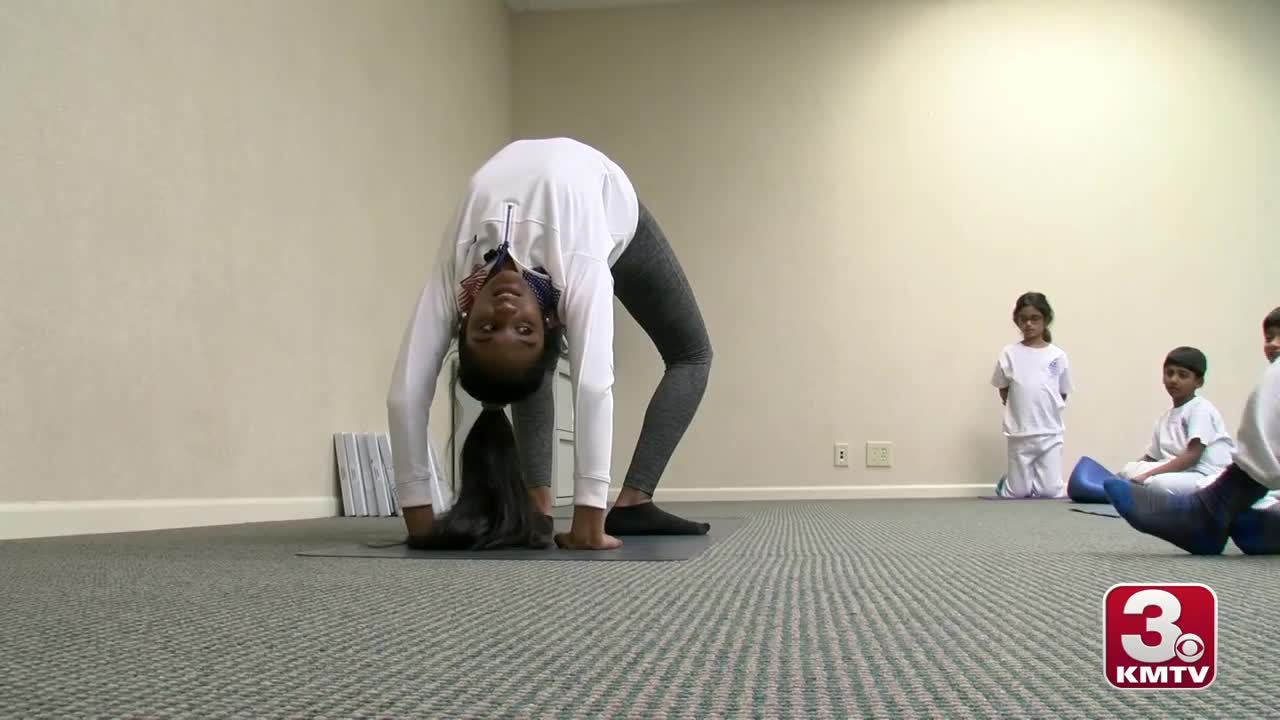 "I just like learning new things about the world," said Kumar, the Omaha Marian junior. "You're constantly learning."

Kumar is also one of the best teen yoga athletes in the US.

Shruthi started doing yoga as a young kid. By eighth grade she wanted a new challenge.

"The kind of yoga I've done was more meditative while yoga as a sport was a new concept to me," said Kumar.

Three year's later and the Marian junior was ranked as one of the top three in the US.

"I was kind of shocked," Kumar said. "Going in to this I didn't expect to get any high rankings as I did."

This past November Shruthi represented Team USA at the World Championship in China.

"It was really cool seeing those people and meeting people from other countries, especially kids my age," Kumar said.

In a sport with deep Indian roots, Kumar became the first Indian-American to represent the US on the world stage.

"Yoga does originate in India but a lot of the world has taken on the competitive side of it so there are not a lot of Indian Americans in yoga as a sport," Kumar said.

Here in Omaha she spends a lot of her time teaching. And no Shruthi doesn't see herself owning a yoga studio one day. She wants to major in neurology, psychology and sociology in college to further understand ones connection between the mind and the body.

"That's kind of where I see my future," Kumar said. "Yoga as a hobby and teaching classes but my main interest in the neurological research."

Kumar's also done research on the importance of meditation and mindfulness. Her morning routinees have been implemented by businesses around the Midwest.