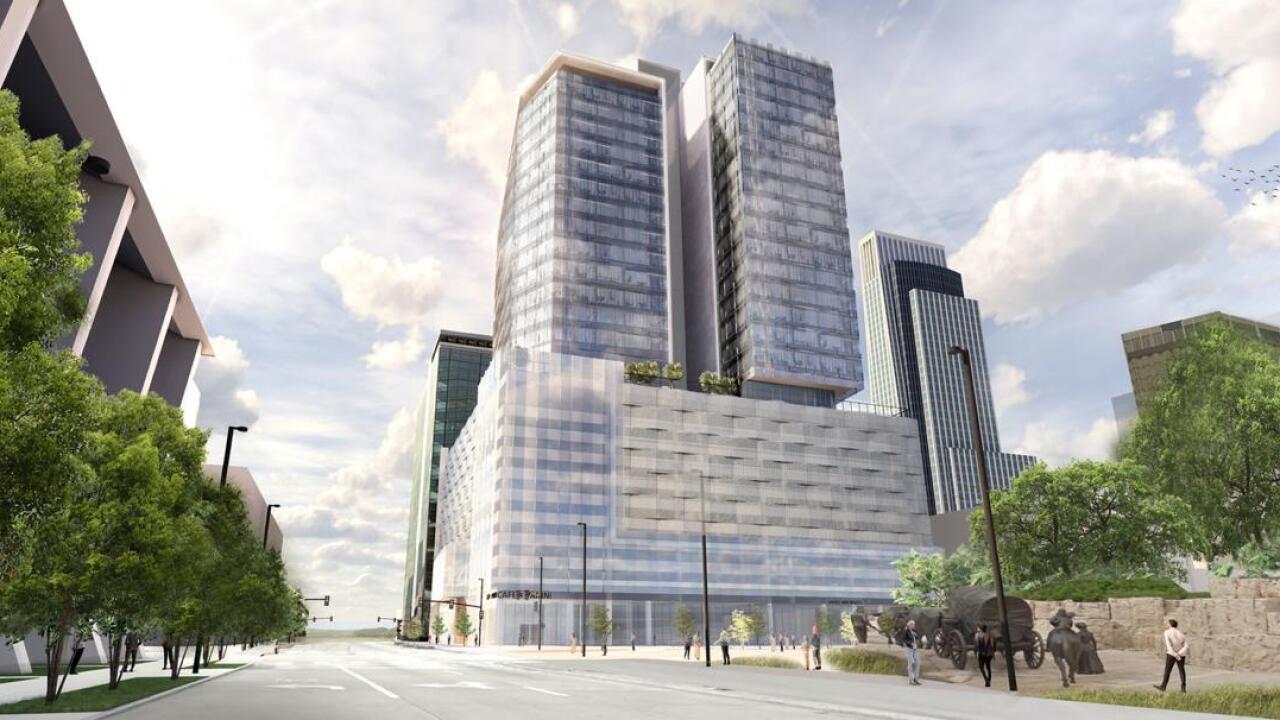 OMAHA, Neb. (KMTV) — A new proposed skyscraper in downtown Omaha would contain two towers. reaching up to 30 stories at one point, according to the Omaha World-Herald.

The estimated $200 million high-rise at 1416 Dodge St would also fill a hole that has long languished in Omaha's core.

Developer Jason Lanoha believes that the time is ripe for such a signature office building to rise on the land once occupied by Union Pacific, who moved headquarters in 2004.

The World-Herald also reports that architectural images have been drawn up, showcasing an almost 700,000-square-foot office complex on top of nine floors of parking, but details could change.